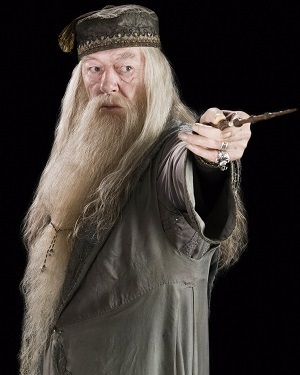 "Soon we must all face the choice, between what is right and what is easy."
Click here to see his younger self. 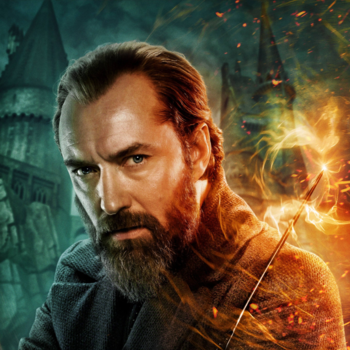 "Regret is my constant companion. Do not let it become yours."

"It is our choices, Harry, that show what we truly are, far more than our abilities."

Headmaster of Hogwarts School of Witchcraft and Wizardry, and considered to be the modern Merlin in terms of his magical ability. Like any good old, wise guy, he's extremely vague about everything important he says; he is also humorously eccentric. Founded the Order of the Phoenix, the organization that spearheads the fight against Voldemort; most of the characters in the series are personally loyal to him.

Enjoys tenpin bowling, lemon sherbets, chamber music and a nice view of London from up high. Born in 1881, which ironically makes him born in the zodiac year of the Metal Snake.

open/close all folders
#-F
G-M
N-Y
"Words are, in my not so humble opinion, our most inexhaustible source of magic. Capable of both inflicting injury and remedying it."