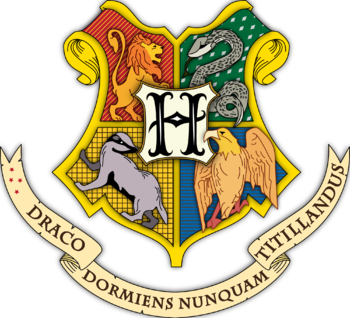 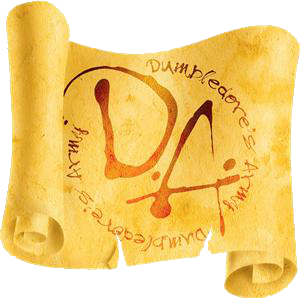 "Every great wizard in history has started out as nothing more than what we are now: students. If they can do it, why not us?"
— Harry Potter

Created by Harry, Ron and Hermione as a response to Dolores Umbridge's prohibition on teaching students to defend themselves against Voldemort, Dumbledore's Army is the Hogwarts equivalent to the Order of the Phoenix. Its members are Hogwarts students who want to fight Voldemort, and they learn defence from Harry in the Room of Requirement. They communicate using gold coins modified by the Protean Charm to display summons.

Though their activities were interrupted by Dolores Umbridge, Dumbledore's Army remained active in the sixth and seventh books, contributing to the defence of Hogwarts. The organization was named by Ginny Weasley, who said that what the Ministry of Magic would most fear was Dumbledore raising his own army.

"Horace [Slughorn] formed a kind of club of his favourites with himself at the centre, making introductions, forging useful contacts between members, and always reaping some kind of benefit in return..."

An informal circle created by Potions master Horace Slughorn to bring together promising young students. Horace selects those who are famous, have famous relatives, or have demonstrated exceptional talent, and interviews them. If they pass the interview, then they are invited to parties hosted by Horace, who also invites alumni who were in the club. This way, he can cultivate connections, ensure that club members become important, and be able to call in minor favours from them.