The Order of the Phoenix protects opponents of Voldemort, and provides security, intelligence and surveillance on vulnerable areas of the wizarding community. It attempts to foster anti-Dark Arts resistance through protection and promotion of Muggleborn rights and attempts to form alliances with goblins, giants and werewolves. Its members include faculty in Hogwarts, employees and officials in the Ministry of Magic, prominent witches and wizards in other parts of wizard society, as well as a host of allies who might not be members themselves but are part of their network. Its members do not have any identifying marks, but communicate by Patronus. 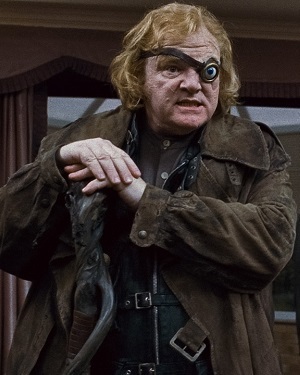 "Alastor Moody. Ex-Auror, Ministry malcontent, and your new Defence Against the Dark Arts teacher. I am here because Dumbledore asked me. End of story, goodbye, the end! Any questions? When it comes to the Dark Arts I believe in a practical approach. But first, which of you can tell me how many Unforgivable Curses there are?"

First introduced in Book Four, Alastor "Mad-Eye" Moody is a retired Auror, with battle scars to prove it, who comes to teach at Hogwarts. An old ally of Dumbledore's, he is trusted to care for the students, despite his eccentricities from years of fighting and rampant paranoia. A member of the original Order of the Phoenix, he rejoins in Order of the Phoenix. He fights in several battles and kicks ass repeatedly. 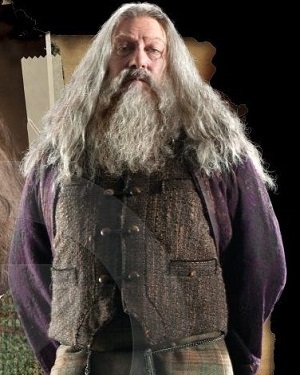 "It's not a job my brother's given you. It's a suicide mission. Do yourself a favor, boy, and go home. Live a little longer."
Click here to see his younger self. 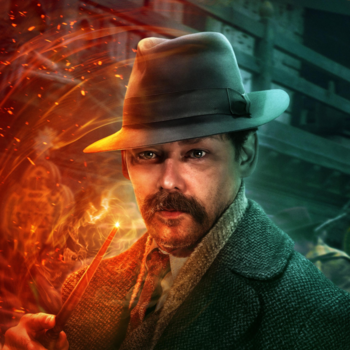 Albus Dumbledore's younger brother and the innkeeper of the Hog's Head in Hogsmeade. He has a strained relationship with his brother, whom he blames for the death of their sister Ariana. 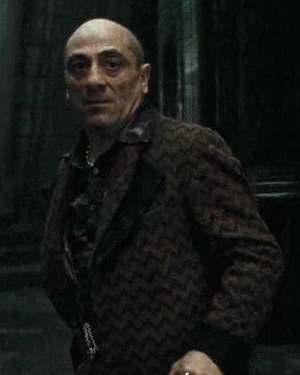 "More? That wouldn't have been effing difficult... bleedin' gave it away, di'n' I? No choice."

A petty thief and con artist. Despite his sliminess he remains a loyal member of the Order, and he owes Dumbledore for saving his life. His knowledge of the criminal world is useful to the Main Characters. 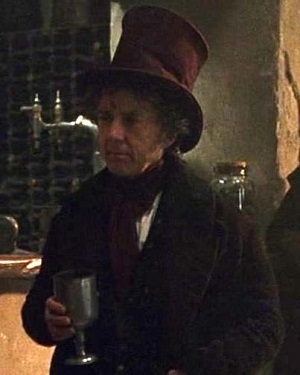 A wizard who fought in both wars against Voldemort. He lived in Kent and was regarded as being somewhat dim-witted by fellow Order memember Minerva McGonagall. 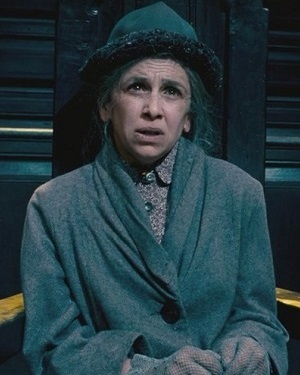 "Dementors in Little Whinging! Whatever next? The whole world's gone topsy-turvy!"

Harry's neighbour, who is actually a squib and member of the Order. 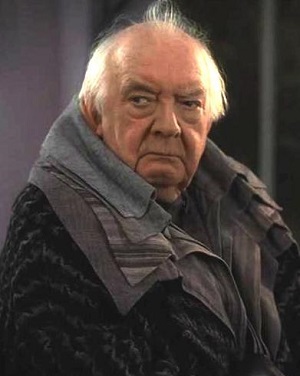 A elderly wizard who went to school with Dumbledore, Doge serves as a Special Advisor to the Wizengamot. He served the Order in both wars against Voldemort. 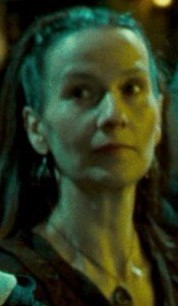 Portrayed by: Brigitte Millar
Appears in: Order of the Phoenix

A member of both incarnations of the Order. A veteran of the First War, she participates in the Advance Guard during the Second War and is later murdered by Death Eaters.

Appears in: Order of the Phoenix

A member of the order in both wars. 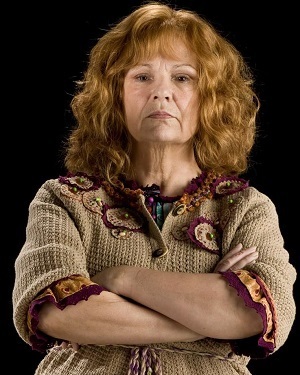 "Beds empty! No note! Car gone — could have crashed — out of my mind with worry — did you care? — never, as long as I've lived — you wait until your father gets home, we never had trouble like this from Bill or Charlie or Percy —"

"No! That's enough! [Harry]'s just a boy, you say much more and you might as well induct him into the Order straight away."

Daughter of a clan of Aurors and older sister of Fabian and Gideon Prewett, two famous Aurors killed in the first war against Voldemort. Wife of Arthur Weasley and mother of Bill, Charlie, Percy, Fred, George, Ron and Ginny. She eventually grows into a maternal figure for Harry and, to a lesser extent, Hermione. 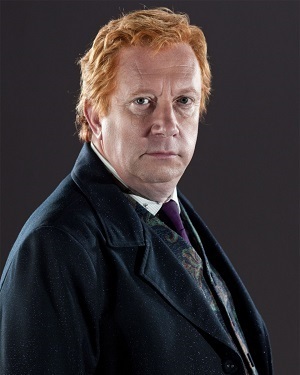 "Now, Harry, you must know all about Muggles! Tell me, what exactly is the function of a rubber duck?"

Husband of Molly, and the father of Bill, Charlie, Percy, Fred, George, Ron and Ginny. He is discriminated against by other wizards for his poverty and his sympathy toward Muggles, but he is happy and his family love him all the same, even if they do not share his interest in Muggles. He works as a minor bureaucrat in the Ministry. 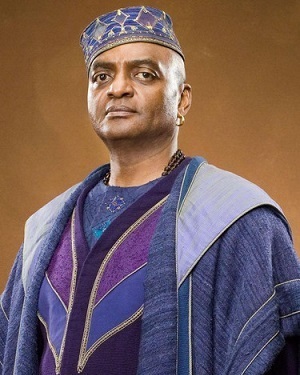 "Dumbledore has persuaded the ministry to suspend your hearing."

Prime Minister: I'm not getting rid of Kingsley Shacklebolt, if that's what you're suggesting! He's highly efficient, gets through twice the work of the rest of them—
Rufus Scrimgeour: That's because he's a wizard. A highly trained Auror, who has been assigned to you for your protection.
— Harry Potter and the Half-Blood Prince

Kingsley Shacklebolt is a powerful, well-respected Auror who has joined the Order of the Phoenix. He uses his position to covertly fight evil, misdirecting the hunt for Sirius Black and modifying Marietta Edgecombe's memory to prevent her talking about Dumbledore's Army. He has protected the Muggle Prime Minister and Harry Potter on multiple occasions, and participates in the Battle of Hogwarts. After the battle, he becomes the Minister of Magic. 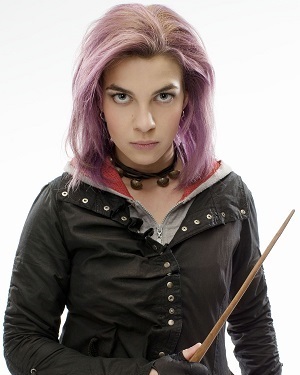 "They're very clean, these Muggles. It's unnatural."

A young Auror with the distinction of being a Metamorphmagus. She can easily change her appearance at will, making her an invaluable member of the Order of the Phoenix. 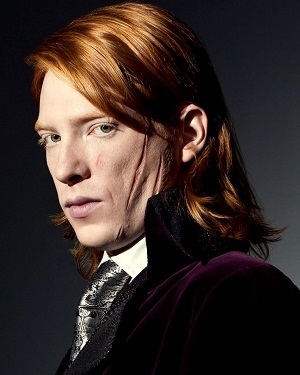 "[This house] was our aunt's. We used to come here as kids. The order uses it now as a safe house. What's left of us at least."

The eldest of the seven Weasley children, Bill works as a curse-breaker for Gringotts. He has long red hair and an earring, giving him a rebellious look. He is actually a very understanding person. He meets Fleur, and they become engaged. He is attacked by Fenrir in the 6th book, which permanently disfigures his face, but Fleur thinks he looks brave because of it, and they get married. Bill, being a member of the Order, participates in the Battle of Hogwarts. In the future, he and Fleur have three children. 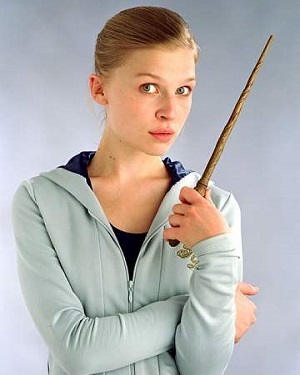 "What do I care how 'e looks? I am good-looking enough for both of us, I theenk! All these scars show is zat my husband is brave!"

A student of Beauxbatons Academy and a Triwizard Champion, Fleur is a vain and high-maintenance quarter-Veela. However, she reveals herself to be a compassionate individual and loyal lover, and risks her life in the battle against Voldemort. She marries Bill Weasley. In the future, they have three children. 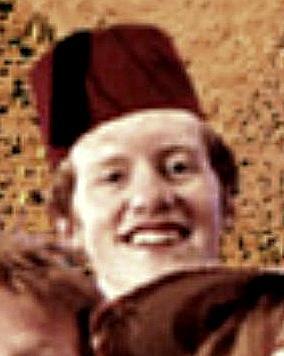 The second-eldest of the Weasley children, Charlie lives in Romania studying dragons. He takes care of Hagrid's dragon Norbert/Norberta when Hagrid is forced to give it away and brings in the dragons used in the first task of the Triwizard Tournament. As a member of the Order, his job is to recruit foreign wizards to the fight against Voldemort. He participates in the Battle of Hogwarts. 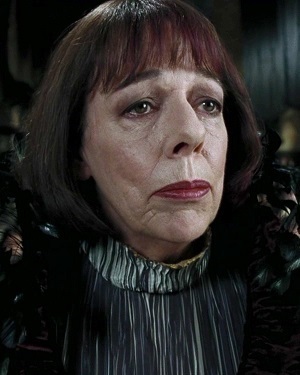 The half-giantess Headmistress of the Beauxbatons Academy. Madame Maxime arrives at Hogwarts in the fourth book as one of the judges of the Triwizard Tournament and develops a relationship with Hagrid. When Voldemort returns, she goes on a mission with Hagrid to recruit the remaining giants in Britain to the fight against the Death Eaters.

A member of the second Order. She is part of the Advance Guard and later protects the Dursley family alongside Dedalus Diggle.

The fallen members of the original Order of Phoenix convened to resist Voldemort. 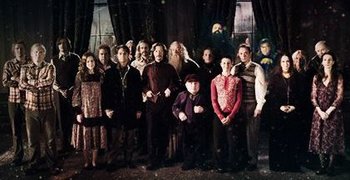 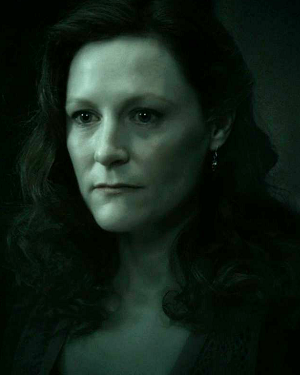 Harry Potter's mother, who was murdered by Voldemort and whose sacrifice for her son saved his life and started the events of the series.

Portrayed by: James Payton and Lisa Wood
Appears in: Order of the Phoenix 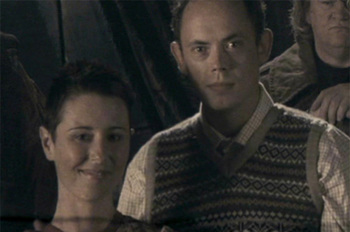 "My son and his wife were tortured into insanity by You-Know-Who's followers. They were Aurors, you know, and very well respected within the wizarding community. Highly gifted, the pair of them."
Augusta Longbottom on her son and daughter-in-law

Neville's parents, who were driven insane after being tortured by Bellatrix Lestrange. Due to their severe mental damage, they are permanent residents at St. Mungo's Hospital, where Neville and his grandmother sometimes visit them.

A member of the first Order who was killed alongside many members of his family. 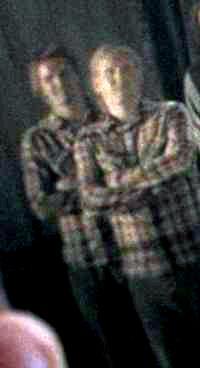 Members of the first Order and brothers of Molly Weasley. They were killed by Death Eaters.
Peter Pettigrew
See Harry Potter Marauders
Feedback

Example of:
Moment of Silence