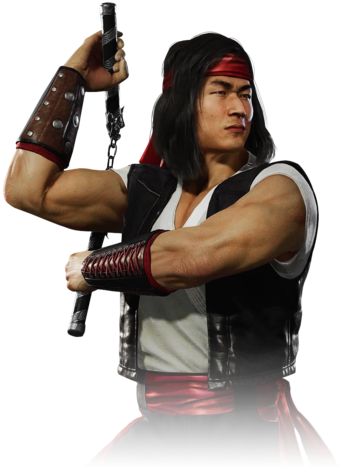 Known as "The Immortal Champion of Mortal Kombat," Liu Kang is one of the best warriors of Earthrealm, and has beaten many powerful foes to prove his valor. Throughout the years, Liu Kang has been portrayed as the main hero of the series, becoming champion after the events of the first game.

Coming home from Shang's Island after defeating both Goro and the sorcerer, he found many of his fellow Shaolin monks killed in a vicious attack by a Tarkatan horde. Enraged, Liu Kang decided to travel to Outworld alongside Raiden and the other Earthrealm warriors. At the Outworld tournament he met Kitana, and began to fall in love with her. Kang eventually fought Shao Kahn, overpowering the emperor. Shortly after, during the events of Mortal Kombat 3, he found himself the primary target of Kahn's extermination squads. Kung Lao, who went against Shao Kahn, was nearly killed by an powerful spell. An enraged Liu Kang challenged the emperor, and after the final battle, he defeated Shao Kahn again, forcing him and his forces to retreat back to Outworld.

Years later, upon learning that Kitana's home realm of Edenia had been captured by the fallen Elder God Shinnok, he set out on his own to save her, but he was unsuccessful. Liu Kang returned to Earth, where he began gathering Earth's warriors to save the realm and assist his mentor, Raiden. Eventually, Liu Kang confronted Shinnok and emerged victorious, effectively ending his occupation of Edenia. Liu Kang returned to the Shaolin Temples, believing he has lost Kitana forever. However, the Edenian Princess appeared through a portal from Edenia and thanked Liu Kang for all he had done. She offered him a chance to join her at the throne of Edenia. However, due to the responsibilities as a Mortal Kombat Champion, Liu Kang was forced to decline her offer.

Liu Kang went on to enjoy relative peace for many years afterward. However, the Deadly Alliance would make itself known on Earth by its successful assassination of Liu Kang. His mutilated body was discovered by Kung Lao, and he was laid to rest at the Wu Shi Academy, where a shrine was built to honor the former champion. His rest was short however, as a corrupted Raiden restored the monk as a living corpse, which went on a rampage and proceeded to slaughter many of Liu Kang's fellow Shaolin monks. Liu Kang's spirit was not technically responsible, but he could not help but feel responsible for the actions perpetrated by his corpse. Eventually, he defeated his body, stopping it from doing further harm.

In the Continuity Reboot of Mortal Kombat 9, Liu Kang once again is Raiden's chosen champion to participate in the Mortal Kombat tournament. However Raiden's visions of the previous timeline slowly begin to send Liu Kang down a much different path as the game progresses, culminating in his accidental death at Raiden's hands.

During Mortal Kombat X, he serves Quan Chi and Shinnok as a revenant, alongside the other characters slain during 9. By the end of the story, Liu Kang and Kitana become rulers of the Netherrealm, after Shinnok's defeat and Quan Chi's demise.

In Mortal Kombat 11, when Kronika distorts time and merges past and present, past versions of Liu Kang and other heroes from the events of Mortal Kombat 2 are drawn forward to join the heroes of the present. Meanwhile, Liu Kang's revenant self is recruited by Kronika, who promises him that Raiden will not exist in the New Era. 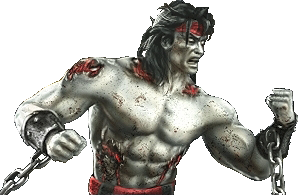 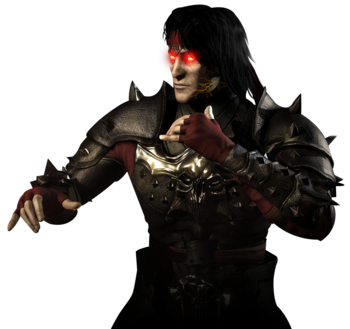 "You will learn... there are worse things than death." 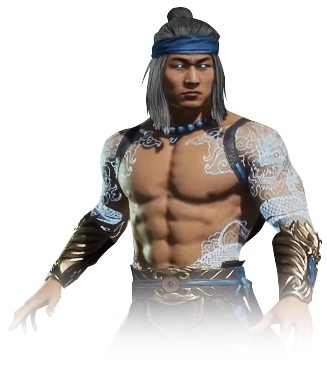 "The realms will not fight your endless wars."