Spoilers for 1, 2, 3 and Mythologies will be unmarked

Shinnok, Quan Chi and Fujin can be found in the Mortal Kombat Mythologies: Sub-Zero sheet. 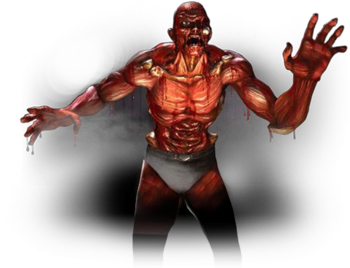 The abomination known only as Meat was the result of a horrific experiment conducted by Shang Tsung. It escaped the evil sorcerer's infamous flesh pits before being completely formed. 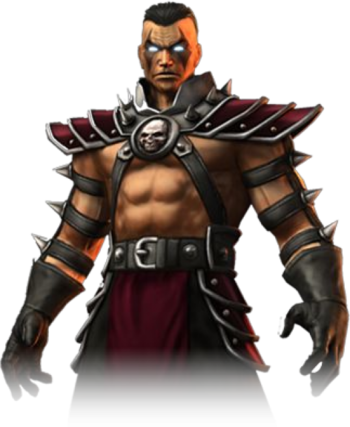 "I am Reiko. General to Shao Kahn's Army."
Debut game: Mortal Kombat 4 (Ed Boon)
Other appearances: Mortal Kombat: Armageddon (David Beron)
Non-game appearances: Mortal Kombat: Conquest (Jim Helsinger), Mortal Kombat (2021) (Nathan Jones), Mortal Kombat Legends: Battle of the Realms (Robin Atkin Downes)
First emerging as a general in Shinnok's war against the heavens and an apparent member of the Brotherhood of Shadow. Reiko has served both the fallen Elder God and Shao Kahn.
Believed dead after Shinnok's first defeat by Raiden, he emerged during the events of Mortal Kombat 4 once as an ally of his former master. However in the wake of his masters' second defeat at the hands of Earthrealm's defenders, he disappeared once more.
Reiko later emerged as a general in Shao Kahn's army having gained promotion to the position due to his ruthlessness. His ambitions seem to go much further however as his desire to take the emperor of Outworld's throne is all too clear.
In Mortal Kombat X, he is Mileena's general in Outworld's civil war, after the death of Shao Kahn. However, a prophecy that he has heard of during one of his contests during his time with Shao Kahn persuaded him to get Outworld's throne. Seeing that Quan Chi led the emperor to his death, he decided to no longer serve anyone and attempted suicide, but Havik had to happen to walk towards him, remind him of the prophecy and stab him with one of the Kamidogu, serving him a first taste of blood magic.
Advertisement:
Tanya 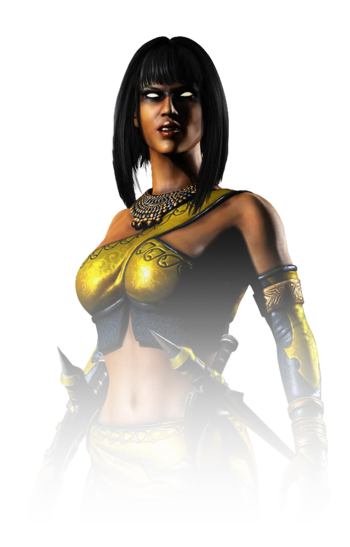 "I had been called an enforcer of the Deadly Alliance. I preferred the term 'ambassador.'"
Debut game: Mortal Kombat 4 (Lia Montelongo)
Other appearances: Mortal Kombat: Deception, Mortal Kombat: Armageddon, Mortal Kombat X (Jennifer Hale, English; Carla Castañeda, Latin American Spanish)
The daughter of an Edenian ambassador to new realms, Tanya allowed fleeing refugees to enter Edenia in order to find safety. However these unfortunate victims turned out to be Shinnok, Quan Chi and their deadly Netherealm forces. Tanya had betrayed her own realm to the fallen god.
Despite attempting to lure Liu Kang into a trap, she was eventually undone with Shinnok's defeat at the hands of Earth's warriors. Her treachery known to both Edenia and Earth she fled to Outworld. Eventually she found herself an an enforcer for the Deadly Alliance and imposing the will of her masters on Outworld.
Their defeat left her contemplating a return home but after a confrontation with Baraka was drafted into the ranks of the Dragon King Onaga's army. Later bringing her new master to her native realm in search of information on the Kamidogu.
In Mortal Kombat 9, she makes a cameo appearance in Shao Kahn's Arena, as a captive. She plays a more active role in the storyline in Mortal Kombat X as one of Mileena's rebels. Mileena convinced her that if she is made to be empress again, she will sever the link that Edenia still shares with Outworld due to Shao Kahn's conquest. She runs across D'Vorah and Cassie Cage at the rebel encampment where she and Rain are guarding Shinnok's amulet. She is able to successfully subdue Cassie but is overpowered by D'Vorah in battle. She survives the events of the game despite her leader being executed by Kotal Kahn and D'Vorah and her whereabouts are currently unknown (her Arcade Ladder ending says she sold out Rain in order to get on Kotal Kahn's good side and save herself in order to get a fresh start at her dreams of a free Edenia but this does not seem entirely canon). In 11, it's clarified Rain simply parted ways with her after Mileena's death. Kotal eventually caught up with her and murdered her.
Kai 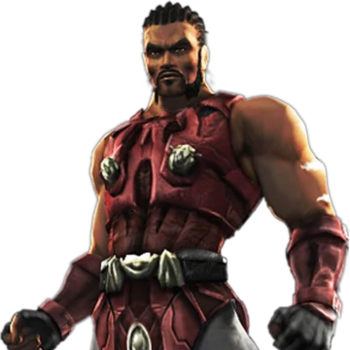 "I will not fail."
Debut game: Mortal Kombat 4 (Sultan Uddin)
Other appearances: Mortal Kombat: Armageddon
An-ex member of the secret White Lotus Society. Kai gained his skills learning from the great masters throughout Asia. After a chance meeting with Liu Kang looking to train future Shaolin warriors, Kai joined him in China for further instruction.
However his training was halted by the invasion of Shinnok's forces. Kai then joined the other Earthrealm warriors to battle alongside Raiden against the fallen Elder God. After Shinnok's defeat, he decided to walk the Earth in search of self-enlightenment. As a sign of thanks and approval Raiden entrusted him with his Lightning Staff to help guide him on his quest. He would eventually return to aid the Forces of Light in the Battle of Armageddon.
Jarek 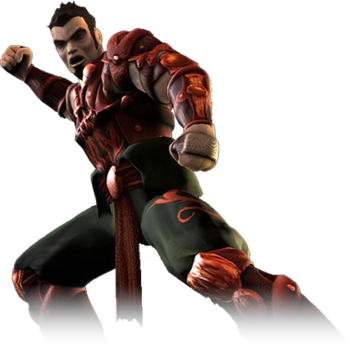 "Soon I’ll have revenge."
Debut game: Mortal Kombat 4 (Herman Sanchez/Mark Meyers)
Other appearances: Mortal Kombat: Special Forces, Mortal Kombat: Armageddon
After learning of Kano's apparent demise, Jarek fled to the realm of Edenia. Pursued by special forces members Jax Briggs and Sonya Blade who believe him to be the last member of the criminal Black Dragon clan. However their plan to bring him in is halted by Shinnok's invasion of the realm. This leads Jarek to reluctantly join forces with them and the rest Earthrealm's warriors to deal with the greater threat.
After Shinnok's defeat Jax throws Jarek to his death over a cliffside. Jarek managed to break his fall by digging his blade into the rock face. However his injuries were still substantial. The time taken to hone his skills and recover, whilst presumed dead, did little to lower his bitterness over having to overcome his wounds. Eventually his desire to kill Jax extended to everyone.
Has a short appearance in the Mortal Kombat X comics, where he and Tasia captured both Cassie Cage and Jacqui Briggs at the direct orders of Erron Black.
Elder Gods 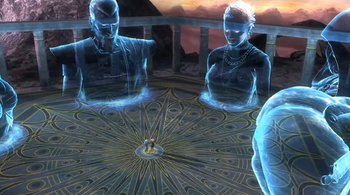