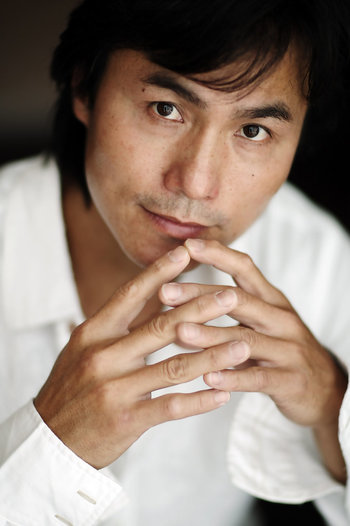 Robin Shou (仇雲波, born July 17, 1960 in Hong Kong) is a martial artist, actor and stuntman, best known in the West for his role as Liu Kang in Mortal Kombat: The Movie and Mortal Kombat: Annihilation.

Prior to his success in Hollywood, Shou frequently appears in low-budget Hong Kong films, usually B-movies alongside Yukari Oshima and Alex Fong.

Besides acting, Shou is also an accomplished stunt choreographer and trainer.

Do not ask this man to park your tropes: