Character sheet for Conan the Destroyer.

Conan and his allies 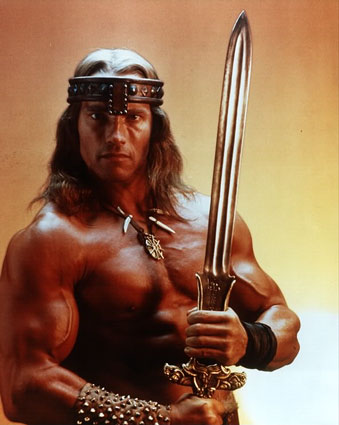 The famous Cimmerian warrior. Queen Taramis hires him to lead a quest to find a powerful artifact to awaken a god, promising him to resurrect his beloved Valeria. 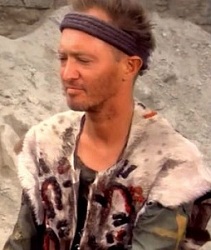 A thief who became Conan's companion at one point. 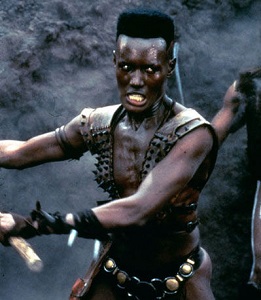 A fierce warrior whose pillaging raid party has been wiped entirely. She joins Conan's party after Conan saves her life. 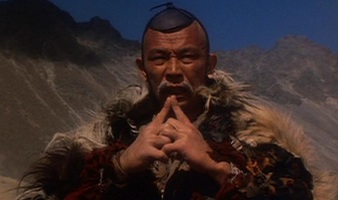 The wizard Conan befriended in the first film. Conan saves him from a cannibal tribe and he joins the party. 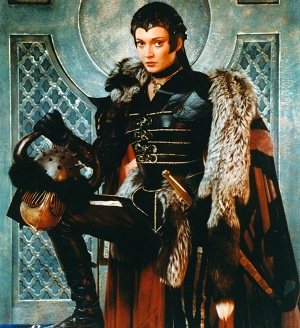 The ruler of the kingdom of Shadizar, who has sinister motivations. 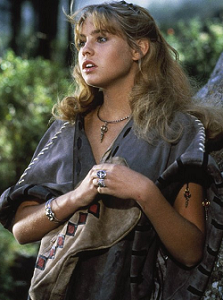 The princess of the kingdom of Shadizar and niece of Queen Taramis. 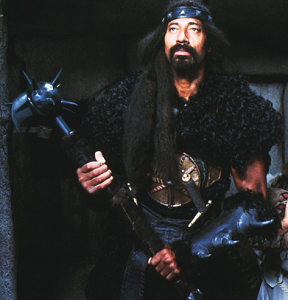 The most trusted soldier of Queen Taramis' retinue, basically her main henchman. She orders him to bodyguard Jehnna to make sure no one strips her from her virginity so she can be sacrificed to Dagoth once she returns with the horn. 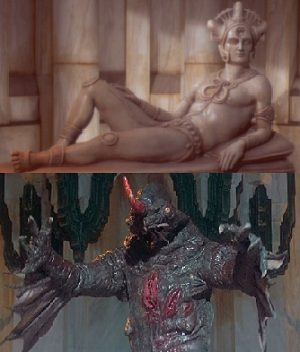 Played by: André the Giant

Also known as "the Dreaming God", Dagoth is a deity worshipped by the people of Shadizar, particularly Queen Taramis. He participated in a large battle with other gods, during which his source of power, a jeweled horn, was broken off. Dagoth fell to Earth in a weakened state and his body turned into stone. Putting the horn back on his forehead would revive him. 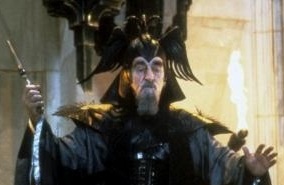 The vizir of Queen Taramis and the high priest of the cult of Dagoth. 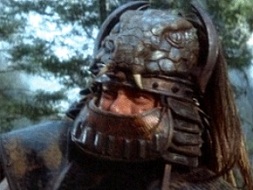 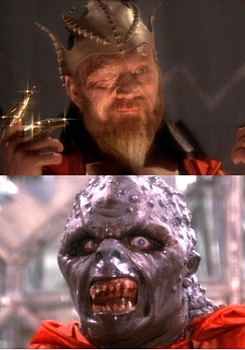 A powerful sorcerer who lives in a cristal castle in the middle of a lake. He possesses the Heart of Ahriman, which is the key to get the Horn of Dagoth.

The Leader of the Guardians of the Horn of Dagoth 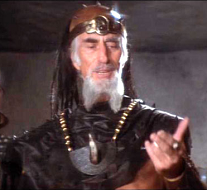 The leader of an ancient order of soldiers guarding the place where the Horn of Dagoth is kept.