First appearance in the games 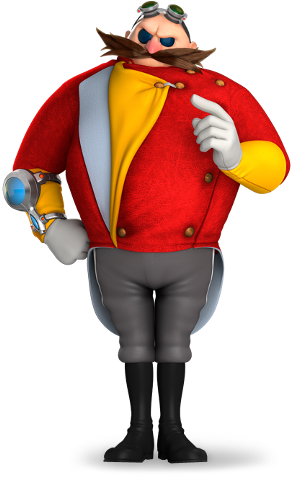 A self-proclaimed super villain, rather than ruling the planet Eggman wants to bulldoze a lovely village on an island to build a theme park called Eggmanland - in the circumstances probably more of an island resort. Despite this, he is not very (read: at all) effective at his job. He and Sonic, despite considering themselves archenemies, are more of friendly enemies than anything. 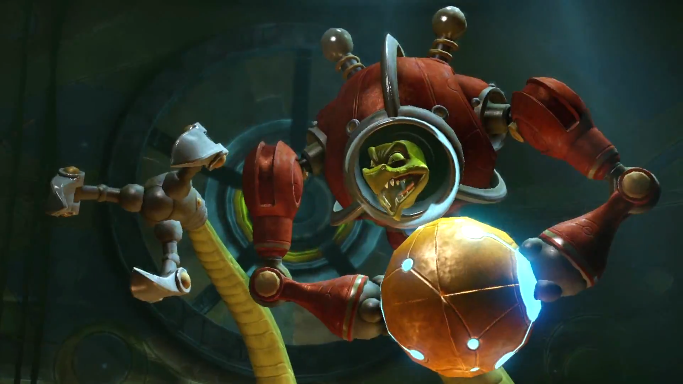 "The time has come to finish what we started one thousand years ago. Now go forth, and destroy every plant, every animal — everything that lives and breathes. Then, together, we will build a glorious world. Rise, my warriors!"

A new snake cyborg villain, who acts as the Big Bad in both the portable and console version of Sonic Boom. In Rise of Lyric, Sonic and the gang accidentally free him from an ancient prison, and he immediately resumes his plot to activate an army of giant, killer robots with the Chaos Crystals. Meanwhile, in Shattered Crystal, he kidnaps Amy Rose and forces her to seek out pieces of the titular crystal for nefarious ends.

Gigantic robots appearing only in Rise of Lyric that were constructed by the Ancients and / or Lyric; it's never made explicitly clear. Their presence is seen throughout the game, as the ruined remains of a few of the robots are scattered throughout the world. However, Lyric knows the location of several well-preserved and functional Sentinels. The only thing preventing him from using them in his quest to exterminate all biological life is a lack of energy to power them up. Fortunately for Lyric, the Chaos Crystals are such a supply of energy.
Metal Sonic 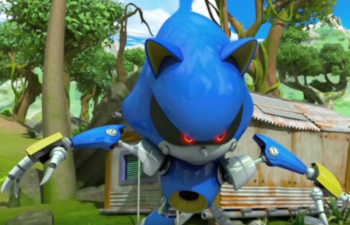 Sonic's robotic double created by Dr. Eggman. Though he was initially a game-exclusive character, he eventually appeared in the show near the end of season 1.
Shadow 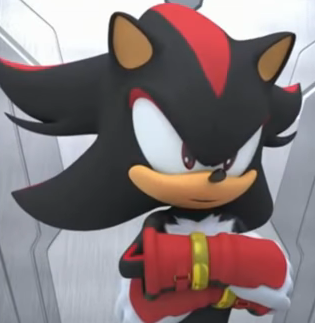 Sonic's long-time rival from the main series; he appears in Rise of Lyric and Shattered Crystal, in the latter initially brainwashed into working for Lyric. On the TV show, he's a rather famous lone-wolf villain. 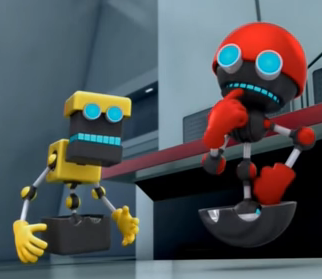 That's Cubot on the left, and Orbot to the right.
Eggman's much-abused mechanical assistants. Personality- and appearance-wise, they are largely unchanged from their incarnations in the main Sonic universe, which basically means that Orbot = Smart, and Cubot = Dumb. 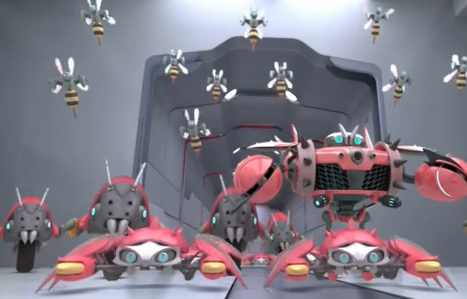 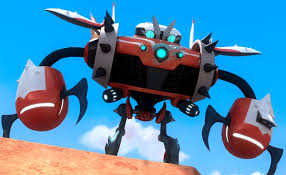 One of Eggman's robots. It debuts in the television primer and was heavily featured in promotional materials for the show.
Obliterator Bot 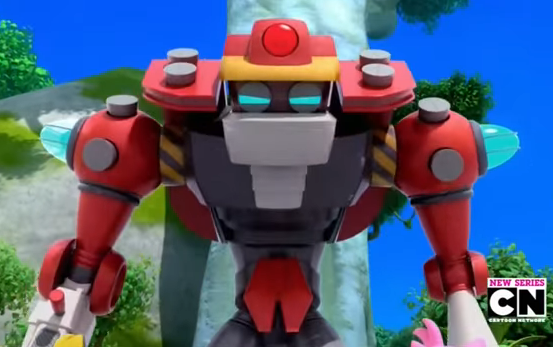 One of two giant robot mechas that Eggman deploys regularly. This robot is bipedal and its arms can be modified to hold different kinds of attachments.

A horde of villainous anthropomorphic frogs that live in the sealed-off Froglodyte Caves below Seaside Island.
The Mega 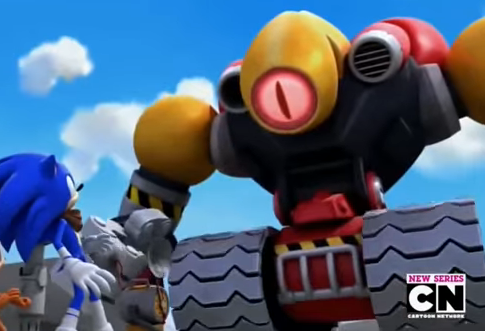 Eggman's other giant killer robot. He's distinguished from his counterpart in that he moves via tank treads, possesses a single cyclopean eye, and is 7% larger than any of Eggman's previous robots. Unlike Obliterator Bot, he's almost entirely used for destructive purposes. An updated version of this robot, the Giant Robot, later appeared in the series, although its appearance and abilities are near-identical to its predecessor.
Dave The Intern 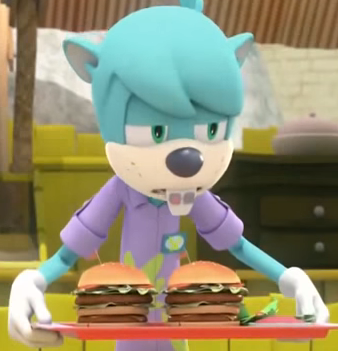 A teenaged anthropomorphic nutria that has an unhealthy admiration for evil geniuses. In the episode Double Doomsday, he works at local fast-food joint Meh Burger but later becomes Dr. Eggman's intern. After getting fed up with the menial tasks the Doctor keeps dumping on him, he actives one of Dr. Eggman's numerous doomsday devices. Later episodes also show him as part of an evil (and highly bumbling) group of villains called "The Lightning Bolt Society".

Dave's introduction on the show is about the point at which the series dropped the Negative Continuity that it had touted prior to its premier, and instead adapted a loose continuity, especially in regards to reoccurring characters. 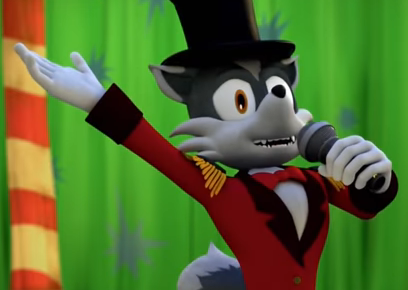 A Con Man dog who tricks people in order to get what he wants. He stole Eggman's ride without paying in one episode, and trapped Sonic and friends in his circus in another.

A super-virus obsessed with logic and order who "befriends" Eggman for his own ends.

A shapeshifting robot who was created by Dr. Eggman's doppelganger from another dimension. He usually appears in his "Steve Eggman" form, which is pretty much like Eggman's.

A married couple who were just once law-abiding citizens till Knuckles kept "helping" too much, driving Charlie into a Face–Heel Turn after finding a mech suit and Belinda was happy to join in too.