In General
See the Asgardians page.

A pantheon of deities worshipped in Wakanda. According to the nation's founding myth, Bast guided a warrior shaman to the heart-shaped herb and made him into the first Black Panther, while according to interviews Hanuman granted the Jabari with never-ending wood. 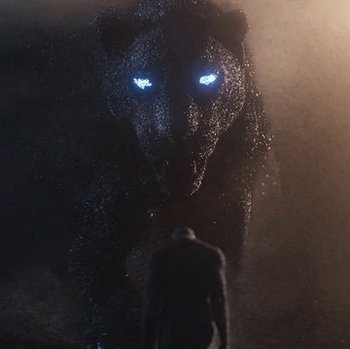 The Panther Goddess
Click here to see her human appearance 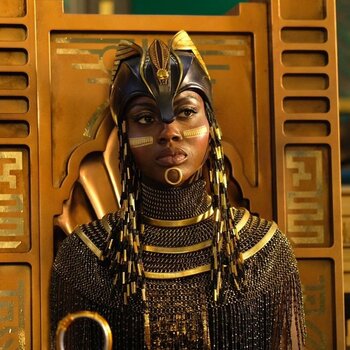 An Egyptian goddess worshipped in Wakanda, and patron deity of the Black Panther.

In General
A pantheon worshipped in Egypt. Not possessing physical forms (at least anymore), they instead manifest through mortals they select, known as Avatars.
Khonshu 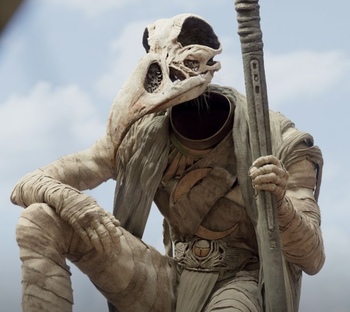 "You swore he would not interfere."

"I only punish those who have already done harm. I am real justice!"

The Egyptian god of the moon who gives Marc Spector and the other alters their powers. 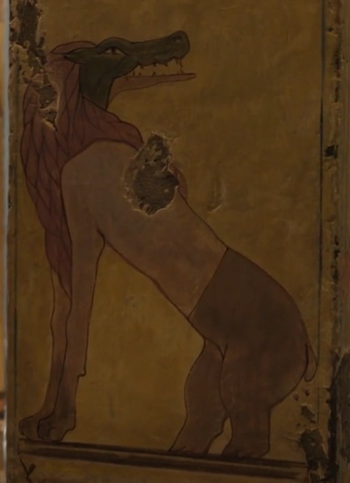 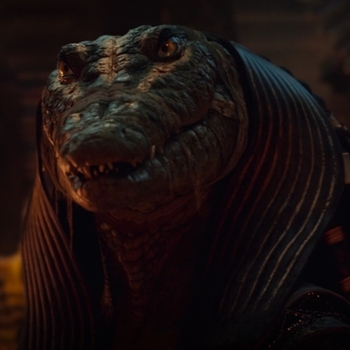 Ammit: "There is so little difference in what we want for this world. Why do this dance for the rest of time?"
Khonshu: "You know the answer. I only punish those who have chosen evil."
Ammit: "So do I, only I don't give them the satisfaction of committing it!"

An Egyptian goddess who devours the souls of anyone deemed impure. 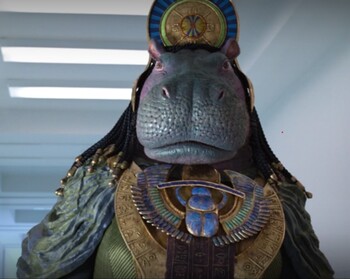 "Welcome, gentle traveler... travelers, to the realm of the Duat!"

The Egyptian goddess of childbirth and fertility.

Advertisement:
Bast
See under Wakanda Gods above.
The Ennead Council

An assembly of the Egyptian gods who, through their avatars, pass judgment on other members of their pantheon and their respective avatars.

Powerful entities that reside in the Dark Dimension. They are the main religious figures of the Haitian Vodou and Louisiana Voodoo.

A Loa residing in the Darkforce Dimension.

A Loa of the dead residing in the Darkforce Dimension. 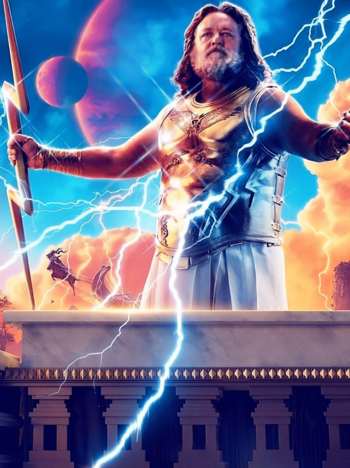 "It used to be that being a god, it meant something. People would whisper your name, before sharing their deepest hopes and dreams. They begged you for mercy, without ever knowing if you were actually listening. Now, when they look to the sky, they don't ask us for lightning, they don't ask us for rain, they just want to see one of their so-called superheroes. When did we become the joke? No. No more. They will fear us again, when Thor Odinson falls from the sky."

The Greek God of the Skies and the King of Olympus.

Son of Zeus (Unmarked Spoilers for Thor: Love and Thunder) 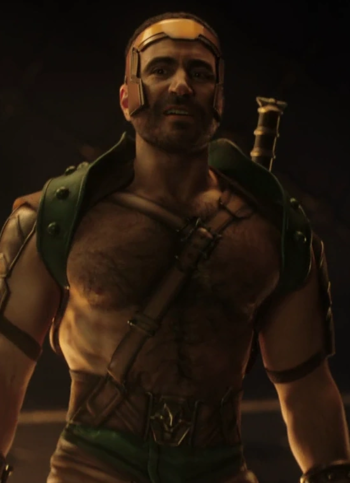 Appearances: Thor: Love and Thunder (In The Stinger)

The son of Zeus.

The Greek god of wine and debauchery.

The Greek goddess of wisdom and strategy.

The Greek goddess of the hunt. 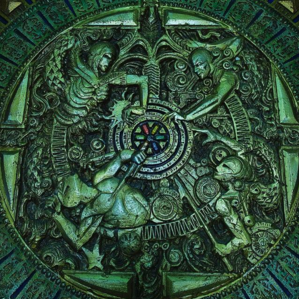 Appearances: Guardians of the Galaxy note As engravings on a mural | Thor: Love and Thunder

Primordial beings that existed since the dawn of the universe, and according to legend, the ones that forged the Infinity Stones. They are anthropomorphic entities that represent universal concepts. 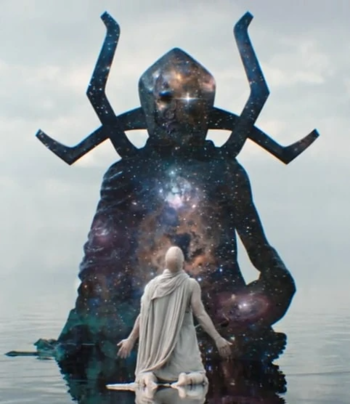 Appearances: Guardians of the Galaxy note As engravings on a mural | Thor: Love and Thunder

A being that is more powerful than any god that lives at the very center of the universe, being its Anthropomorphic Personification.

An ancient race of powerful entities capable of manipulating matter and energy itself.

A Celestial who wielded the Power Stone and used it to destroy a planet a long time ago. 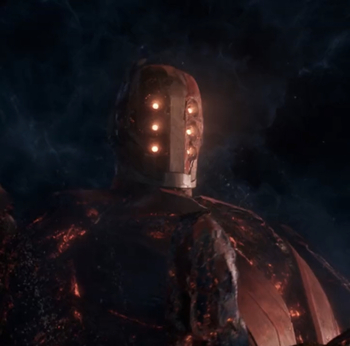 "Your memories will show if they are worthy to live, and I will return for judgement."

The leader of the Celestials, responsible for the presence of both the Eternals and Deviants on Earth.

The Celestial seeded within Earth by Arishem. As a Celestial's birth (an event known as "The Emergence") inevitably involves the seeded planet's destruction, stopping Tiamut's emergence becomes the main source of the conflict in Eternals. 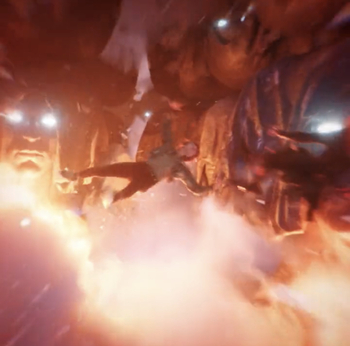 A three headed cosmic being. 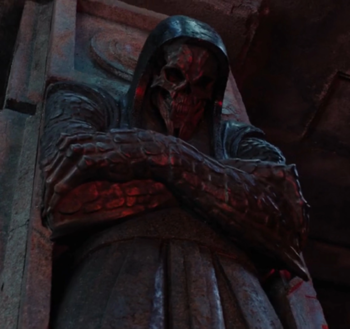 Appearances: Doctor Strange in the Multiverse of Madnessnote Mentioned only

"Eons ago, the first demon, Chthon, carved his dark magic into this tomb."
—Wong

A demonic entity who created the runes used in the Darkhold. 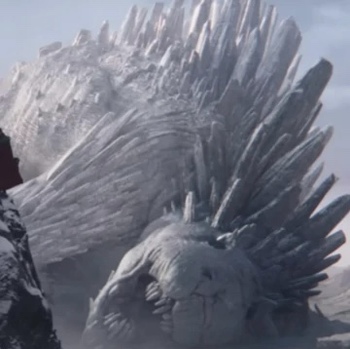 A god slain by Gorr the God Butcher. 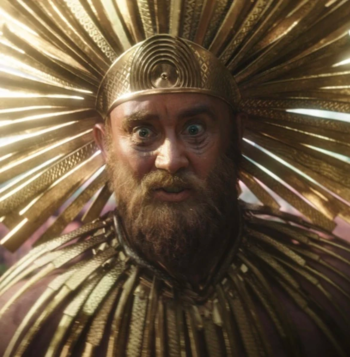 "And well you should. Suffering for your gods is your only purpose."

One of the apathetic gods of Gorr's homeworld. 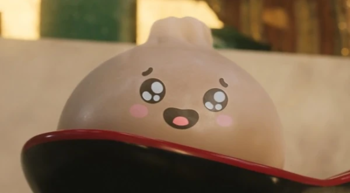 The God of Dumplings.

Ninny of the Nonny

Ninny of the Nonny 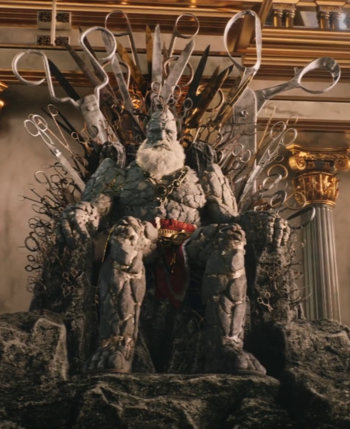