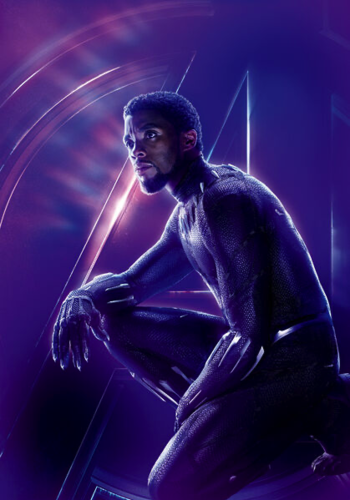 "I must right these wrongs."
Click here to see him in the Black Panther habit 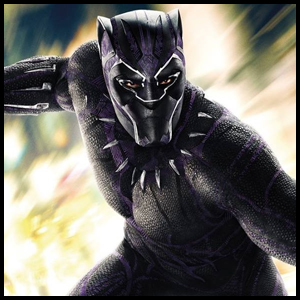 Click here to see him in the What If...? timeline 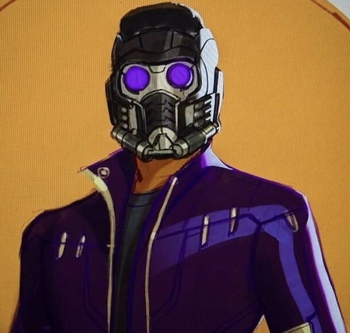 "Wakanda will no longer watch from the shadows. We cannot. We must not. We will work to be an example of how we, as brothers and sisters on this earth, should treat each other. Now, more than ever, the illusions of division threaten our very existence. We all know the truth: more connects us than separates us. But in times of crisis, the wise build bridges, while the foolish build barriers. We must find a way to look after one another, as if we were one single tribe."

A prince and diplomat from Wakanda. After a terrorist attack on a United Nations summit in which his father King T'Chaka perishes, T'Challa finds himself grappling with how to best take on his father's mantle as the king and protector of Wakanda, the Black Panther. T'Challa boasts strength and reflexes on the same level as Captain America, and a high tech suit made of the rare metal known as vibranium that further enhances his abilities.

open/close all folders
Tropes A to L