A hidden race of superhumans. The alien race known as the Kree genetically altered the denizens of many planets in an attempt to create weapons for their war, catalyzed by the Terrigen Mists. Earth was the only planet on which this worked. The experiment was abandoned, but the descendants of these humans continued to use the Mists to unlock their powers. In the present day, some of them form a secret society hidden in a place called Lai Xi ("Afterlife"). 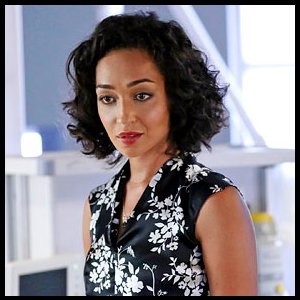 "I told you that I could change your life."
Click here 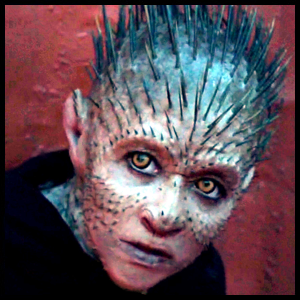 Appearances: Agents of S.H.I.E.L.D. (first appears in Episode 5: "Girl in the Flower Dress")

A charismatic young woman who is far more dangerous than she first appears. While first associated with Project Centipede and HYDRA, she later reveals ties to Skye's father and the Inhumans 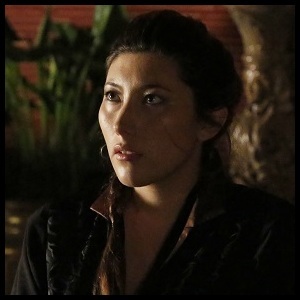 "We have to show them what we're capable of, it's the only way they'll never leave us alone."

Appearances: Agents of S.H.I.E.L.D. (first appears in Episode 30: "The Things We Bury")

"S.H.I.E.L.D. wants us to be afraid, to fracture. But we're all tied together, a history that goes back thousands of years. They will not take that away from us."

A young Chinese woman who was captured by HYDRA during World War II. 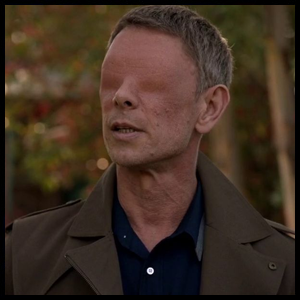 "Most gifts come with a price, but you could learn to manage it."

Appearances: Agents of S.H.I.E.L.D. (first appears in Episode 32: "What They Become")

A teleporting, eyeless Inhuman whose motives are unknown. 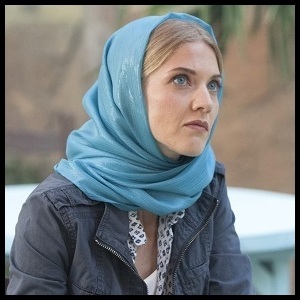 An Inhuman that stole Terrigen crystals from Afterlife to make her daughter undergo Terrigenesis after she had been rejected. 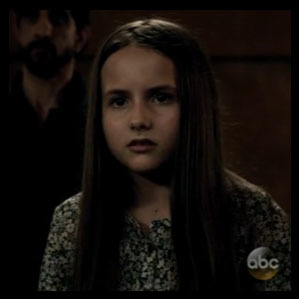 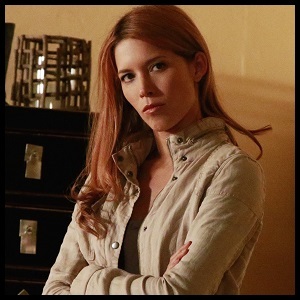 "I'm headed down to secure the armory. I'm also upstairs in the conference room."

One of Jiaying's most trusted Inhumans, she has the power to spawn multiple copies of herself which operate independently. She's one of the few female Inhumans who is shown to be a capable fighter. 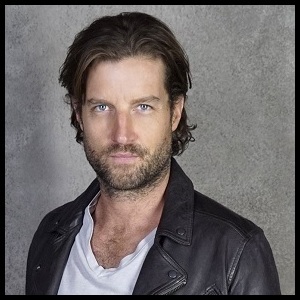 "What about 'Hellfire'? It's better than 'Scorch', but I worry it's too much."

"Now I want your honest opinion on this, what do you think of the name 'Inferno'? I like it, but I don't love it. 'Firestarter', well, feels a little nineties, and 'Burning Man', well, that would have been perfect if it wasn't for some bloody desert hippie-fest."

An acquaintance of Lincoln and pre-Inhuman who was kicked out of Afterlife before undergoing Terrigenesis. He is exposed to Terrigen after the fall of Afterlife, gaining fire-based powers.

Appearances: Agents of S.H.I.E.L.D. (first appears in Episode 131: After, Before) 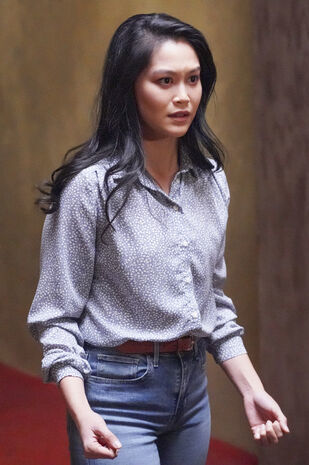 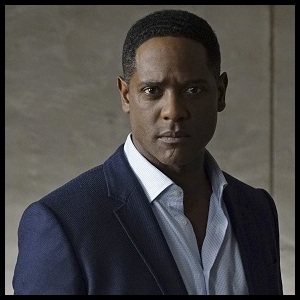 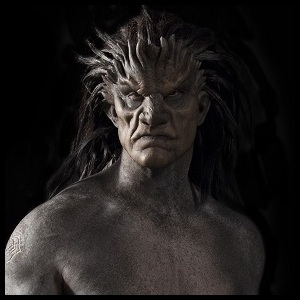 Portrayed by: Blair Underwood (as Andrew) Matthew Willig (as Lash)

An Inhuman who appears to be hunting down other Inhumans, later revealed to be Agent May's ex-husband. 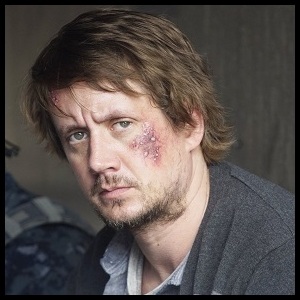 "Ever since I turned I feel like my skin is on fire and there is a jackhammer in my head. I wake up thinking that the pain will go away, but it doesn't. The only thing that helps is when Lash does his thing. Sends us freaks back where we belong. I didn't want this and know I'm not the only one."

An Inhuman who assists Lash in his campaign to hunt down Inhumans. 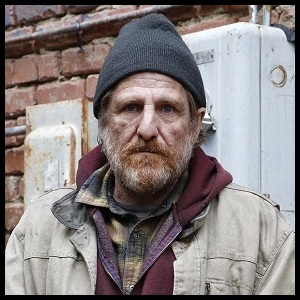 An Inhuman able to give other people glimpses of the death of a single individual upon physical contact; this terrible power forced him to abandon his wife and daughter and live as a homeless man. 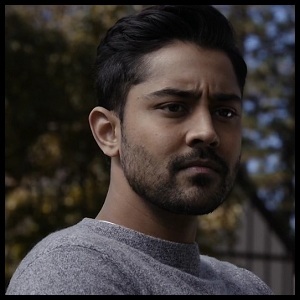 "I heard your voice when I was inside, telling me to fight, that's why I was in there for so long. I was fighting. 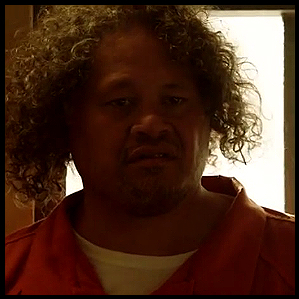 "I woke up one morning covered in some rock-crust, next thing I knew, my hands got like this, and I accidentally burned down my house. Could have killed my family, and now I've lost them."

A Hawaiian convict who develops a friendship with Black Bolt 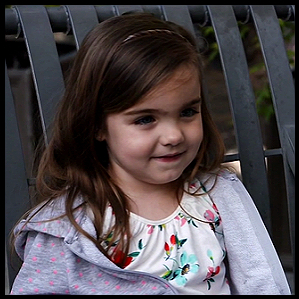 Click here to see her later in the series 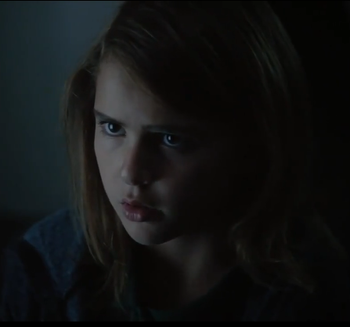 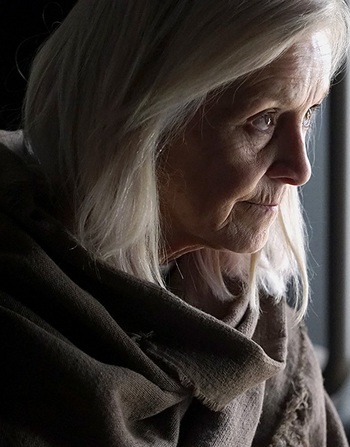 Charles Hinton's daughter, an Inhuman with the power of precognition. She expresses her visions through artwork. 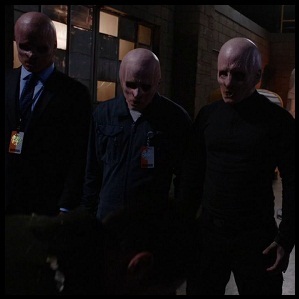 "These primitives are abominations to science!"
— Holden Radcliffe to Hive

The result of Hive and Holden Radcliffe's experiments into creating more Inhumans.