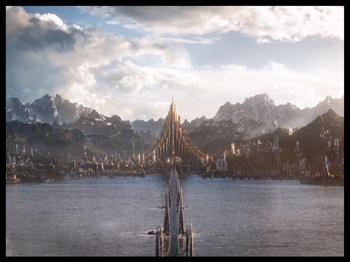 The Asgardians are the inhabitants of Asgard. They are a race of Human Aliens possessing a highly advanced form of technology resembling magic and sorcery, which their entire civilization is built up by. They are a brave and powerful warrior race whose passion for adventure is their way of life, and their reputation as one of the mightiest races in the universe has earned them respect and fear from other races.

Rulers and Guardians of Asgard 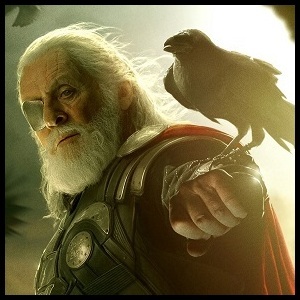 "A wise king never seeks out war, but he must always be ready for it."

Lord of the Aesir and King of Asgard. After Thor starts a war with the Jötunns, he exiles him in hopes of teaching him humility. Upon a particularly strenuous conversation with Loki, his old body goes into the "Odinsleep". Loki promptly takes advantage of this and starts scheming. 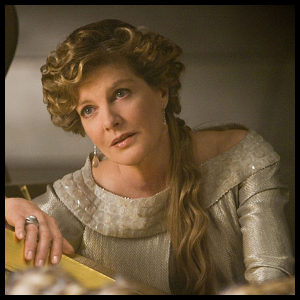 "It's only because I worry over you that you have survived."

"Everyone fails at who they're supposed to be, Thor. The measure of a person, of a hero... is how well they succeed at being who they are."

The wife of Odin, mother of Thor and Loki, and Queen of Asgard. As Odin falls into the Odinsleep, Frigga takes care of him, unaware of what Loki is doing on the throne. She was raised among witches, and therefore is as formidable a sorceress gifted with sight that peers beyond the physical realm past spirit and time, and taught Loki his infamous mastery of illusions. 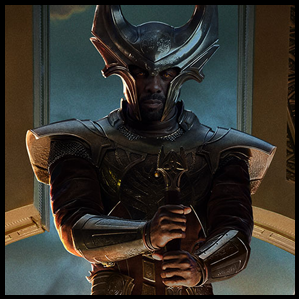 "Be warned, I shall uphold my sacred oath to protect this realm as its gatekeeper."
Click here to see him during Thor: Ragnarok 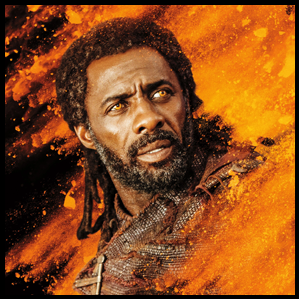 "The universe hasn't seen this marvel since before my watch began. Few can sense it, even fewer can see it. But while its effects can be dangerous, it is truly beautiful."

The gatekeeper of Asgard and guardian of the Bifröst, the most loyal warrior of Asgard. His eyes see and his ears hear all that takes place in the Nine Realms. With his Super Senses, Heimdall ensures that no enemies are able to get past his watch and that Asgard is safe. 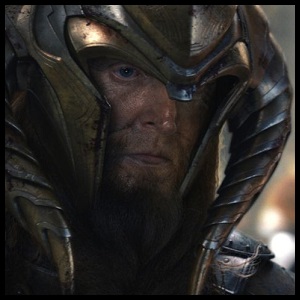 Father of Odin and grandfather of Thor, he led the war against the Dark Elves 5000 years before the events of the film.

Lady Sif and the Warriors Three

Lady Sif and the Warriors Three

Thor's closest and most loyal friends. Upon his exile, they plan to defy Loki and return their friend to his home. 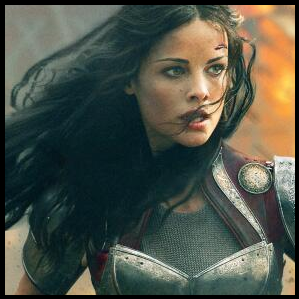 "I am sometimes dangerous, but only toward those who are deserving."
Click here to see her on Agents of S.H.I.E.L.D. season two 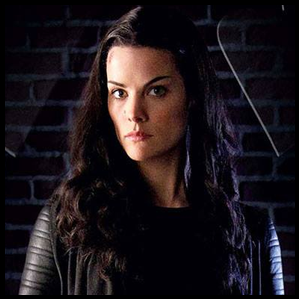 "I will die a warrior's death. Stories will be told of this day!"

One of Thor's oldest friends and the only female warrior of Asgard. 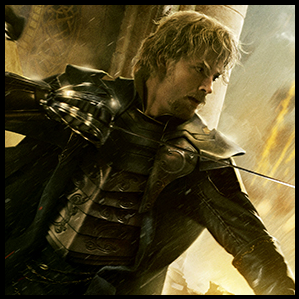 A charming warrior who often hits it off with the ladies of Asgard. 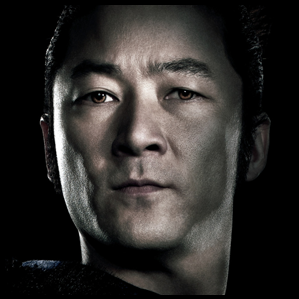 A stoic and quiet warrior, he is a quick thinker and highly observant. 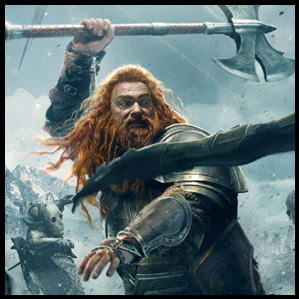 "Do not mistake my appetite for apathy!"

A large Asgardian warrior, his healthy appetite does not decrease his love for battle or his loyalty to his friends.

An Asgardian courtier and physician.

Commander of the Einherjar. 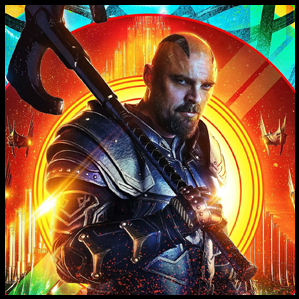 "I just want a chance to prove myself."

A one time defender of Asgard who becomes the Death Goddess Hela's henchman. 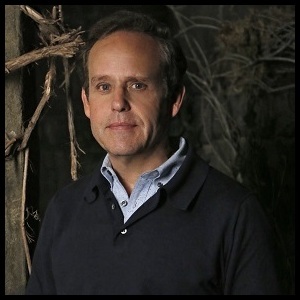 "One must adapt. Recent events have thrown us all for a loop."

"Pretty crappy time to be on Earth if you're not a local, so... I am laying low."

A Norse Mythology professor that Coulson talks to about finding the pieces of the Berserker's staff. Turns out he's a part of it as well: The original Berserker himself.

See the Other Supervillains page. 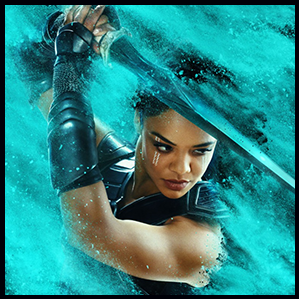 Click here to see Valkyrie in her battle armor 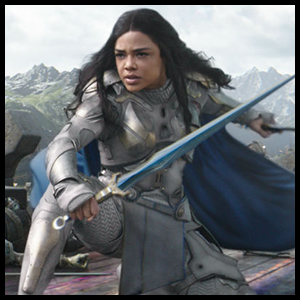 "I've spent years, in a haze, trying to forget my past. Sakaar seemed like the best place to drink, and to forget... and to die, one day."

A former Asgardian warrior who now makes a living on Sakaar.

Portrayed by: Kenneth Branagh (voice only)

An unknown Asgardian who sends a distress signal when the refugee ship is attacked by Thanos. 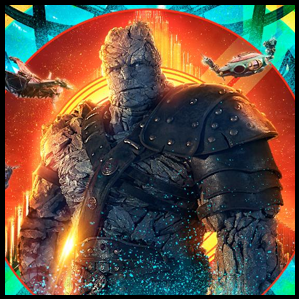 "Hey man. I'm Korg. This is Miek. We're going to jump on that spaceship and get out of here. Wanna come?"

"The revolution has begun!"

A Kronan gladiator who is imprisoned alongside Thor. After aiding Thor and his forces, Korg would become an honorary Asgardian. 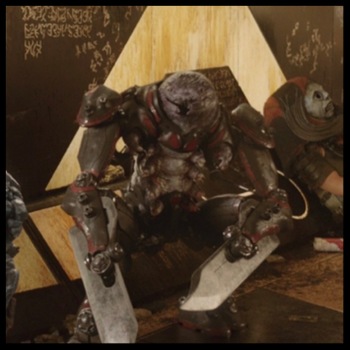 Another alien gladiator imprisoned alongside Thor and Korg. After aiding Thor and his forces, Miek would become an honorary Asgardian. 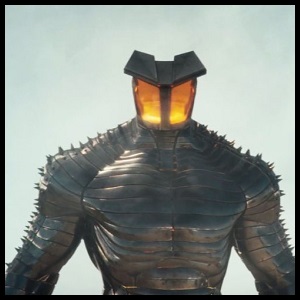 An extremely powerful set of armor created by Odin to defend Asgard. As one does not wear it, but project their consciousness into it, it can be misused.