Characters appearing in the 1982 film Conan the Barbarian.

Conan and his allies 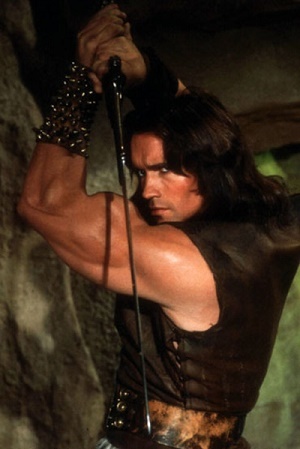 "Crom!"
Played by: Arnold Schwarzenegger, Jorge Sanz (as a child)

A Cimmerian who was enslaved when he was a child, witnessing the massacre of his family and people by a mysterious snake-worshipping cult. He grew up pushing a giant millstone wheel, developing a tremendous strength in the process, then became an unbeatable gladiator and eventually a matchless swordsman. Once he was freed, he became an outlaw and set out to accomplish his sworn vengeance against Thulsa Doom, the leader of said cult and the man responsible for the massacre of his people. 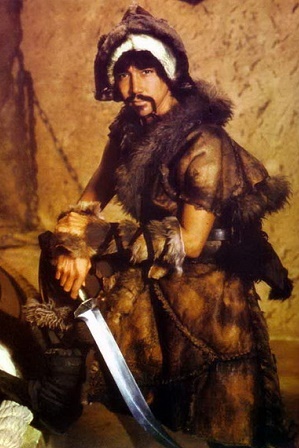 "My god is stronger. He is the everlasting sky! Your god lives underneath him."
Played by: Gerry Lopez

An Hyrkanian outlaw Conan freed from his chains and befriended. 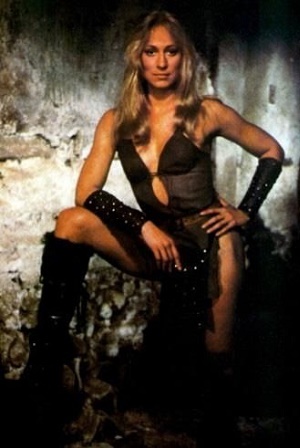 "Do you want to live forever?"
Played by: Sandahl Bergman

A thief Conan and Subotai met as they were about to raid a tower belonging to Thulsa Doom's cult. She became Conan's lover. 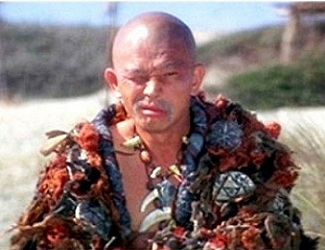 "Once great men lived here... giants... gods... once, but long ago. It is here that I met my master. It was no accident, nor it is mere chance that I am the teller of his tale."
Played by: Mako

An old sorcerer and hermit living on an ancient battlefield among warriors' remains and standing stones. 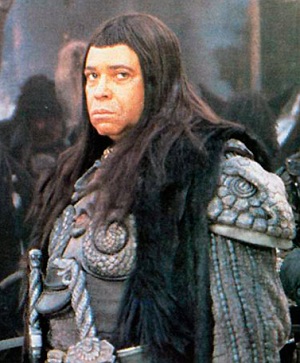 "Infidel defilers. They shall all drown in lakes of blood. Now they will know why they are afraid of the dark. Now they learn why they fear the night."
Played by: James Earl Jones

The mysterious and ruthless leader/spiritual guide of the Children of Doom, an apocalyptic cult that uses snakes as symbols. He is said to be several hundred years old. 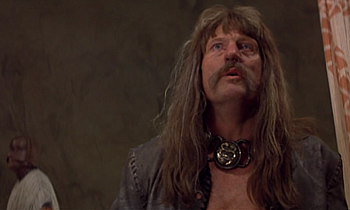 "YOU?!"
Played by: Ben Davidson

Thulsa Doom's second-in-command and the high priest of his cult. 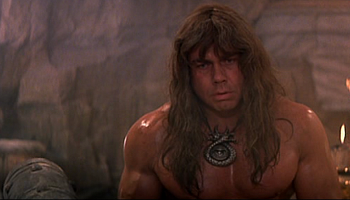 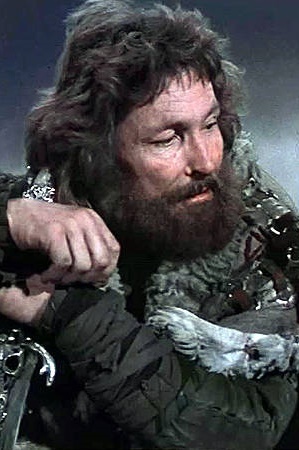 "For no one, no one in this world can you trust. Not men, not women, not beasts. THIS you can trust [shows the sword]."
Played by: William Smith 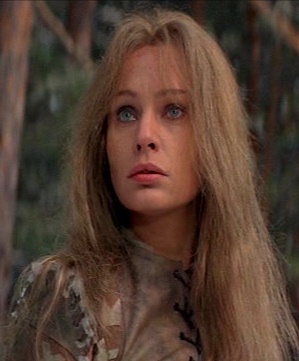 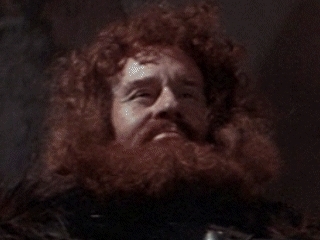 A slave master who buys Conan and has him trained to use him as a gladiator. 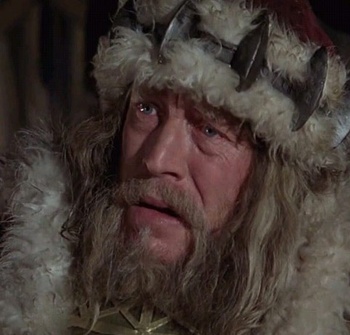 "You alone have stood up to their god, and what are you? THIEVES!"
Played by: Max von Sydow

The ruler of the kingdom of Zamora. 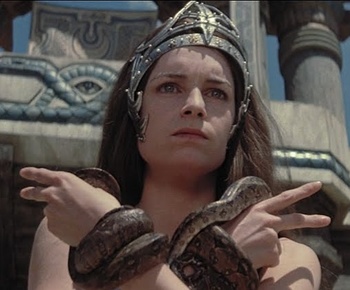 The daughter of King Osric. She fell under the influence of Thulsa Doom and became one of his closest followers, much to her father's despair. 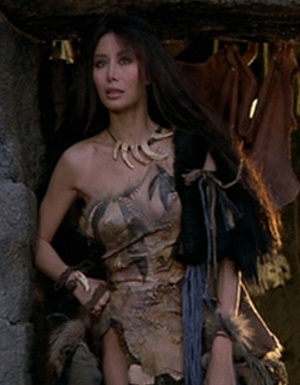 "Do you not wish to warm yourself by my fire?"
Played by: Cassandra Gava

A witch Conan meets while wandering after finding his Atlantean sword.