The princess of Drake City, Arkayna finds herself chosen to be the Mysticon Dragon Mage after her parents were turned to bone by Dreadbane. She now acts as the team leader.

An eccentric, cheerful young elf, as well as Zarya's friend and partner.

In general
An order of powerful Mages in charge of mentoring and supporting the Mysticons, as well as to protect Drake City. Unfortunately, they tend to be hard to work with.
Nova Terron

The elderly leader of the Astromancers who decides who the Mysticons' Solon will be. Piper thinks he is cute and has an amazing voice.

The first Astromancer we meet, when he saves Arkayna and Emerald from Dreadbane's minions. He later becomes their Solon after Tazma proved to be a traitor.

Malvaron's sister, with whom he has a contentious relationship.

An easygoing cyclops who is friends with Malvaron and the Mysticons.

Malvaron and Tazma's aunt, who spends her time hopping from one dimension to another. 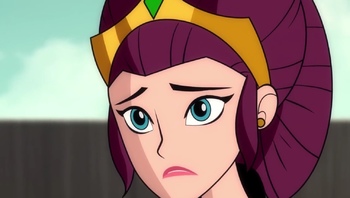 The crowned prince and Arkayna's insufferable stepbrother. After their parents are turned to bone, he is made king, much to his own delight- and to everyone else's dismay. 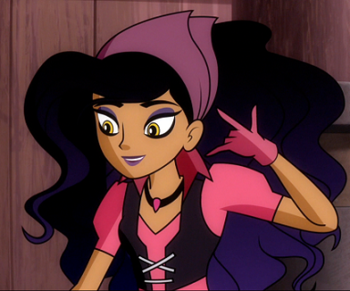 The captain of the Pink Skulls. Zarya's first best friend and girlfriend. 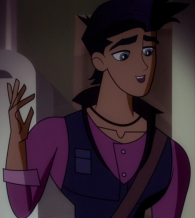 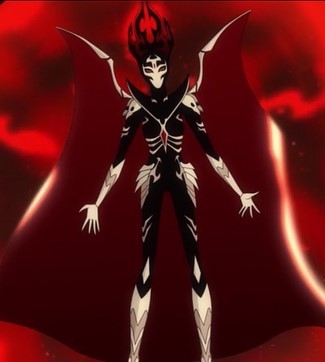 The infamous Lich-queen of The Undead, Necrafa was defeated years ago by the previous generation of Mysticons. Dreadsbane's quest for the Codex primarily is motivated by a desire to avenge her. Or so it seems; she actually is still alive, just trapped, and he is trying to revive her.

Necrafa's Dragon, who survived her defeat by the previous Mysticons and is now trying to avenge her. 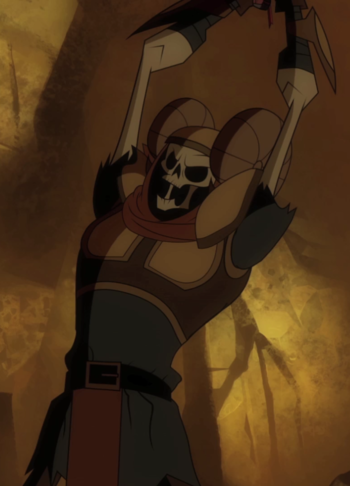 The Troll leader of a biker gang who occasionally gets recruited by the Spectral Hand.