Welcome to the character page for Nate Is Late

Be warned, this page will have a few unmarked SPOILERS. So read at your own risk. 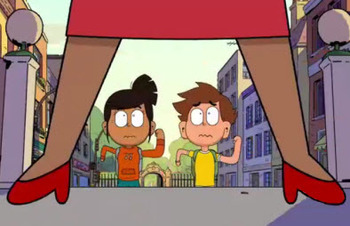 Main characters of the series. Two best friends that, try as they might, can't seem to get to school on time due to running into something weird along the way. 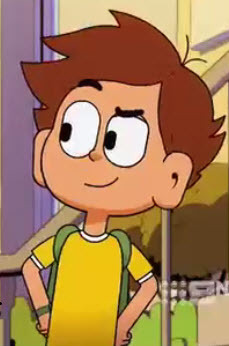 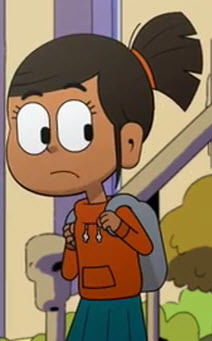 Recurring characters that show up through the series.
Principal Prudence
Said principal of the duo's school who always expect the two to come in late.
Maurice
A fellow classmate who sometime briefly gets caught up in Nate and Malika's adventure.
Terry
One of the local bullies of the town.
Dwanye
A local policeman who patrols the neighborhood
Advertisement:
Cosmo
A elderly bloke who runs a stand in the town, selling a random assortment of knick knacks.
Violet
The local gardener of the park Nate and Malika usually walk through to get to school.
Mrs. Rainford & Ajax
A middle-aged woman and her pet Chihuahua
Professor Toybus
A local inventor.
Melody
The local mail courier
Max
The so called local "animal catcher".

One shot characters that are usually the focus of their episodes. Some are the oddities in question while others are normal people just caught up in the weirdness.