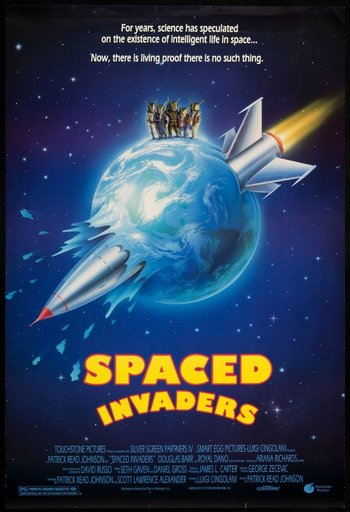 "They're not really bad, they're just... stupid."
Advertisement:

A 1990 sci-fi/comedy film in which the idiotic crew of a small Martian spaceship overhear a Halloween re-broadcast of Orson Welles' seminal The War of the Worlds radio-play, leading them to "invade" the small town of Big Bean, Illinois. All very cheesy.

Not to be confused with Space Invaders.