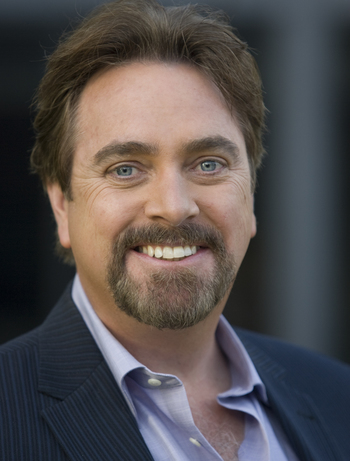 Patrick McKenna (born May 8, 1960) is a Canadian comedian and actor.

While best known for appearing on the classic comedy series The Red Green Show as the title character's nerdy nephew Harold, he's also made appearances in quite a number of other films and TV shows. Like a significant number of his fellow Red Green Show actors, including Peter Keleghan, Jeff Lumby, Gordon Pinsent, Wayne Robson, and Derek McGrath, he also has done voice acting for animated series, such as The Adventures of Sam & Max: Freelance Police, Spliced, Scaredy Squirrel, Sidekick, and Esme & Roy.

Patrick McKenna also has ADD/ADHD, which he was not diagnosed until he was well into his forties. He has become somewhat of a spokesman on this condition in Canada through his personal struggles, even joining forces with Rick Green (writer and performer and co-creator of The Red Green Show) to make a documentary about the positives and negatives of living with it called ADD and Loving It.