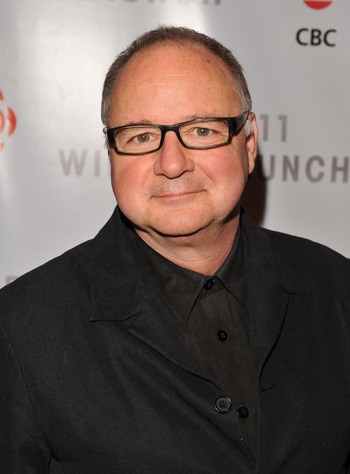 Derek McGrath has had countless roles throughout film and television, but is best known for playing Andy Schroeder in Cheers, Ozwald Valentine in Dallas, Dr. Benjamin Jeffcoate in My Secret Identity, Crewman Chell in Star Trek: Voyager, Garth Harble in The Red Green Show, and Frank the handyman in Kim's Convenience.

He's also done more than his fair of voiceover roles, most notably as Mr. McFeely in Daniel Tiger's Neighborhood, Chief Quimby in the Inspector Gadget reboot, Spike in Heathcliff & the Catillac Cats, and Spiff in Iggy Arbuckle.