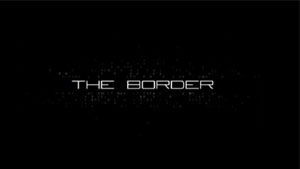 A Canadian drama produced by the CBC, The Border premiered in January 2008 and aired for three seasons before being cancelled in the winter of 2010. So far as of 2011, there's no word on whether the third season will have a proper conclusion since it ended on a cliffhanger with no conclusion set.

The Border follows the agents of the fictional Canadian agency Immigration and Customs Security (ICS). According to the show ICS was created by the (real-life) federal Department of Public Safety after 9-11 to handle trans-border security matters, such as terrorism and smuggling. Its agents are recruited from customs, police, and military backgrounds to promote cross-service cooperation.

According to Peter Raymont, one of the producers of the Border, the show had been conceptualized back in 2001 prior to 9/11 before and after they pitched work for the CBC a three hour documentary mini series, commissioned by TVOntario and other broadcasters entitled "The Undefended Border".

The show's broadcasting rights had been sold to several countries, including the United States on ION Television. In Quebec, the show had been shown in French via Séries+.

Not to be confused with the 1982 Jack Nicholson film with the same name.