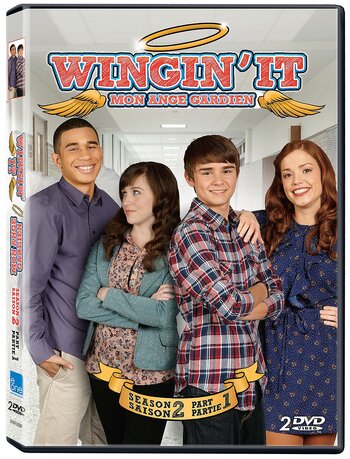 Wingin' It is a Canadian live-action TV series that involves an unruffled angel in training named Porter, who is assigned to Carl Montclaire in an effort to get his angel wings as a "full angel".

Wingin' It provides examples of: