Western Animation / The Adventures of Tintin (1991) 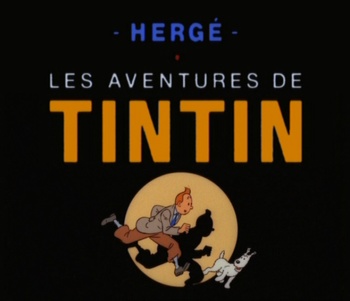 The Adventures of Tintin (Les Aventures de Tintin) is a French-Canadian-Belgian Animated Adaptation of almost every one of Hergé's famous comic books in a TV series format. It was coproduced by Ellipse and Nelvana.

It debuted in 1991. 39 episodes were produced over the course of its three seasons, dividing some album adaptations in two parts. It first aired on France 3 in France, La Deux in Belgium, HBO and Nickelodeon in the USA, Global and Family Channel in Canada and Channel 4 in UK.

Not to be confused with The Adventures of Tintin, the 2011 motion capture film directed by Steven Spielberg.

For the recap, see here.