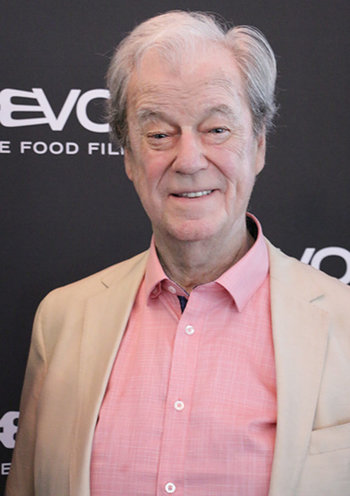 Although Gordon Pinsent's resume in film and television is extensive, he is probably best known for appearing in the classic comedy series The Red Green Show as the self-aggrandizing water taxi captain Hap Shaughnessy and in the dramedy crime series Due South as Sgt. Robert Fraser, the late father of protagonist Benton Fraser whose mysterious murder drives his investigations. He's also well known as the go-to voice for Babar, the wise king of the elephants, in nearly every Animated Adaptation of the character's stories since 1989.

His daughter Leah Pinsent is also an actress, and is married to Peter Keleghan of The Red Green Show fame.