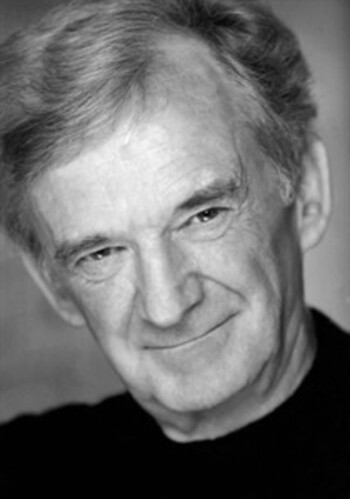 One of the most renowned figures of Canadian acting, Wayne Robson has appeared in dozens of movies and TV shows, as well as stage theater plays. However, he is best known for playing the ex-convict Mike Hamar on the Canadian sitcom The Red Green Show and the escape artist Rennes "the Wren" on the 1997 science fiction film Cube. Many also remember him quite well for his animated voiceover roles, most prominently as the brilliant but absent-minded Professor Cuthbert Calculus on Nelvana's 1991 Animated Adaptation of The Adventures of Tintin and the lovably neurotic frilled lizard Frank on Disney's The Rescuers Down Under.

He passed away on April 4, 2011 from a sudden heart attack while in the middle of rehearsing for a production of The Grapes of Wrath at the Stratford Shakespeare Festival in Straford, Ontario.