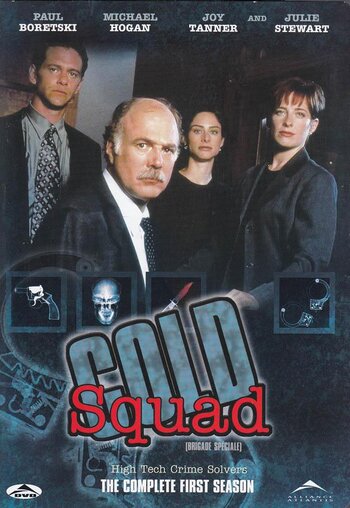 Cold Squad (1998-2005) is a Canadian Police Procedural about a unit of homicide detectives who investigate cold cases. The series ran for seven seasons on CTV with a frequently changing cast; Julie Stewart as Sgt. Ali McCormick was the only cast member to remain for the entire series run.