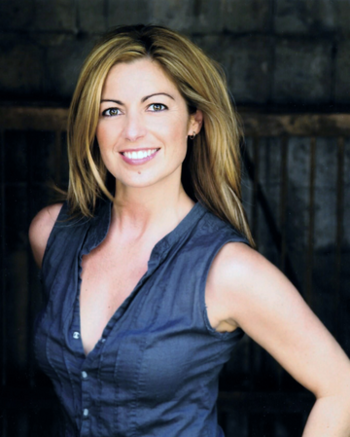 Katie Griffin (born January 14, 1973) is a Canadian actress, voice actress and singer from Scarborough, Ontario, who has had roles in several live-action television series and feature films, as well as plenty of cartoons. However, she's probably better known for her roles in the latter medium, including such shows as Totally Spies!, Braceface, the Total Drama franchise, Mysticons, the Cloudy with a Chance of Meatballs series, Max and Ruby, Undergrads, and the English dubs of Sailor Moon and Bakugan.

Do not confuse her with Kathy Griffin.