This page is for all the characters of Fairy Tail who were introduced in the first anime series, which ran from 2009 to 2013.
open/close all folders 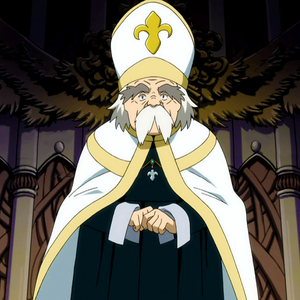 The head of the Church of Zentopia. 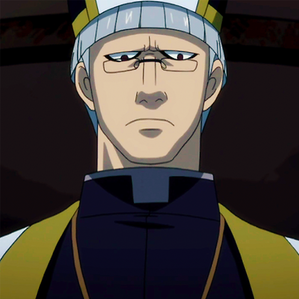 The cardinal of Zentopia. He bears a striking resemblance to Oración Seis' master, Zero, and is a secret ally of the dark guild who gains control of Zentopia by brainwashing the current Archbishop in his sleep.

A cult of warriors loyal to the Zentopia Church, mostly comprised of the Earth-land versions of Edolas's royal military commanders. They embark on a journey to gather the Infinity Clock parts and keep them from falling into the wrong hands.
Legion Platoon in General
Byro Cracy 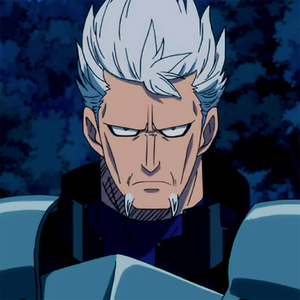 The leader of the Legion Platoon, and the Earth-land counterpart of Byro. He is fiercely yet blindly loyal to the Archbishop, and punishes anyone who goes against Zentopia's teachings. He uses magic to negate all magical affects around him. He also keeps a giant octopus, Kanaloa, by his side. 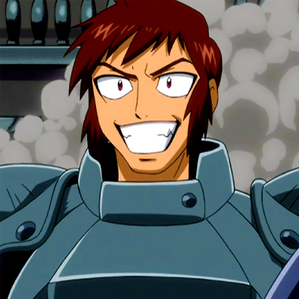 The spearman of the Legion Platoon. He has a tendency to fall madly in love with women who suit his ever-changing fancy. He wields the magic spear Habaraki, which allows him to change the size of anything, and the magic shield Ricochet, which deflects anything that touches it. 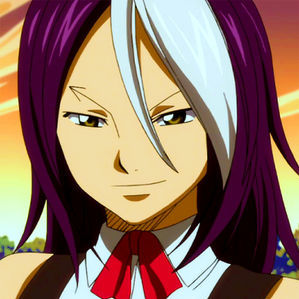 The female Earth-land counterpart of Hughes. She wields a hand-shaped wand that grants her complete physical control over any single person. 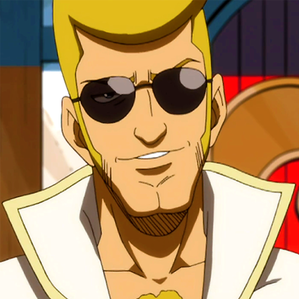 The Earth-land counterpart of Sugar Boy, who looks and behaves like a 70s rock star. He carries a stand mic that allows him to summon giant globs of mucus that absorb magic. 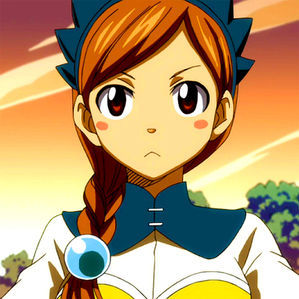 The Earth-land counterpart of Coco, a spirited and bratty young girl. She wears magic shoes that grant her the power to run at great speeds and along walls. 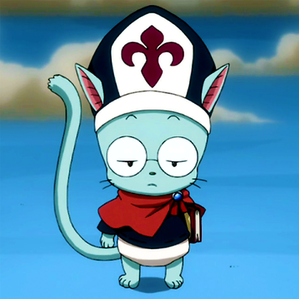 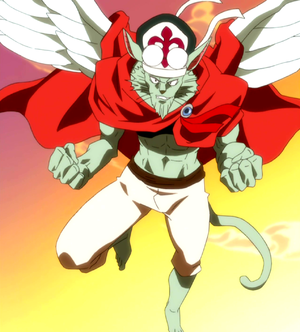 An Exceed who serves as the strategist of the Legion Platoon. With his obsession with calculations, he is responsible for issuing missions and strategies to his fellow Legionnaires. Like Panther Lily, he can change his form for combat. 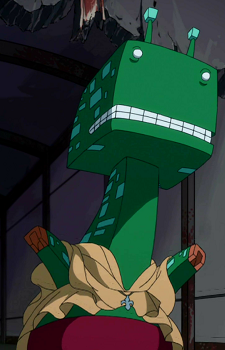 A monstrous prisoner from Zentopia's Forbidden Cell, brought in to join the Legion Platoon after Coco's betrayal. He uses Rupture Magic to make any target's magic power swell and explode. 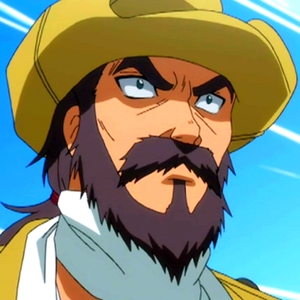 The head of the Archaeologist Society, and a friend of Jude Heartfilia. He is a direct descendant of Will Neville, a celestial wizard and author who sealed away the Infinity Clock. 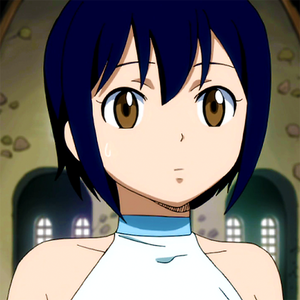 A Celestial Wizard descended from one of Will Neville's disciples.

A Nikora spirit owned by Katja.

One of the Balam Alliance's dark guilds, reborn after the Time Skip. Midnight returns with the new moniker of "Brain II" alongside Cobra, Racer, Angel, with three new additions: Grim Reaper (Erigor), Jackpot (Kurodoa), and Imitatia. They aim to control the Infinity Clock and plunge the world into a state of chaos known as Real Nightmare, and manipulate Fairy Tail and the Legion Platoon to carry out their plans. 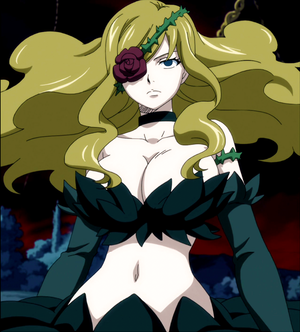 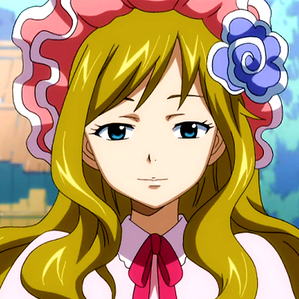 A young woman who claims to be a distant relative of the Heartfilia family, viewing Lucy as an older sister. In reality, she is the Neo-Oración Seis' second-in-command, who was brought to life from a long-forgotten doll named "Gonzalez" that belonged to Lucy before her mother's death. 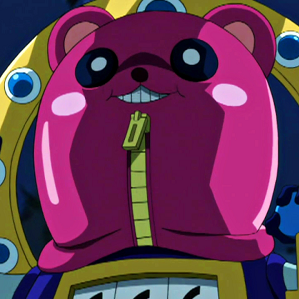 A member of the Neo-Oración Seis, a strange figure in a bear costume with a built-in slot machine that casts random spells on random targets. He is later revealed as an alter ego of Brain's staff, Kurodoa.

See the Oración Seis page for info on Kurodoa.

A team of defectors from Eisenwald. They consist of a sand wizard, a giant chicken-like man, a pair of sai-wielding twins, and a fortune teller. 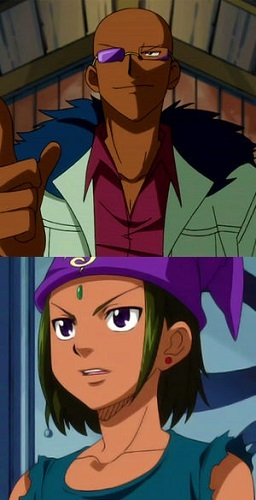 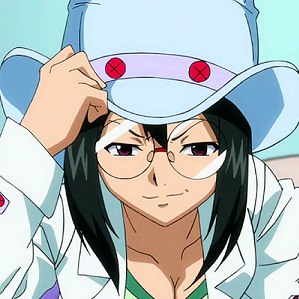 A wizard who is hellbent on making an artificial dragon powered by Natsu's magic. Her Concealment Magic grants her the ability to trap others inside pocket dimensions. She also commands an army of Lizardmen, golems designed to mimic all the wizards in Magnolia. 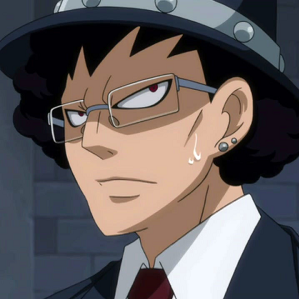 The Edolas counterpart of Gajeel Redfox. He is a freelance reporter with a bad reputation for his controversial articles about the Edolas Kingdom. He's also Fairy Tail's trusted informant, keeping the guild up to date with what's going on in the kingdom.

The head of the prestigious Balsamico family. He hires Fairy Tail to deal with the scoundrel Velveno. 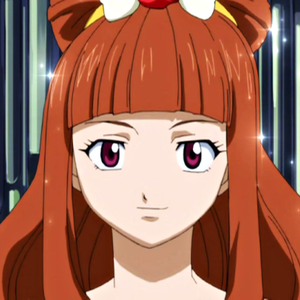 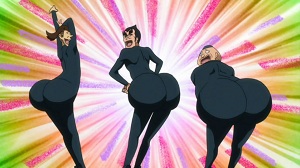 From left to right: Lackey A, Boss, Lackey B

A gang of ineffectual, leotard-wearing, "truly evil" thieves with abnormally large buttocks that cross paths with Fairy Tail from time to time. They originally debuted in Rave Master.