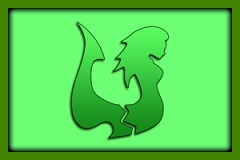 Lamia Scale is another prominent guild in Fiore. A handful of rogue wizards and defectors from this guild first appear on Galuna Island as Lyon's Quirky Miniboss Squad, but they later become one of Fairy Tail's greatest allies when they band together to stop the dark guild Oración Seis. They hold the honor of being the second-strongest guild in Fiore after the first Time Skip, but are knocked down to third by Fairy Tail. 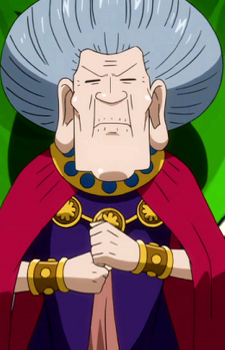 The master of Lamia Scale. She's an old, crabby lady who tends to spin around and makes others spin around when she's particularly annoyed with them.

Gray's former senior and rival who studied together with him under Ur's. He uses a special variety of Ice Make that can create living ice golems. First appearing before Fairy Tail as the villainous "Reitei"note Sub-Zero Emperor, he is obsessed with achieving his lifelong dream of surpassing his teacher by resurrecting and defeating Deliora, whom Ur sacrificed herself for to seal away. After being thwarted by Gray and his friends, Lyon is convinced to join the Lamia Scale guild, where he rises among the ranks to become one of its ace members.

Sherry's younger, clumsier cousin. A teenage prodigy, she is a Sky God Slayer with mastery over wind and healing magic. She becomes good friends with fellow sky wizard Wendy during the Grand Magic Games, later forming the "Sky Sisters" with her when Wendy joins Lamia Scale after Fairy Tail disbands.

A young man with large eyebrows who uses his Wave Motion spell to produce magic-negating pulses from his hands. He leaves his guild to follow Lyon and take revenge against Deliora, but returns once he learns the error of his ways.

A dimwitted man who dresses and behaves like a dog. He can grow his nails into the Mega Jellyfish Paralyzing Claws which, well, paralyze people. He accompanies Sherry and Yûka in taking revenge against Deliora with Lyon.

The ace of Lamia Scale and a master earth wizard who has the power to create indestructible columns of solid rock from the earth. Originally considered to be the weakest of the Ten Wizard Saints despite his massive strength, he rises up the ranks to become the strongest behind the Four Emperors of Ishgal. He later joins his fellow Wizard Saints to serve on the Magic Council following the incident with Tartaros. 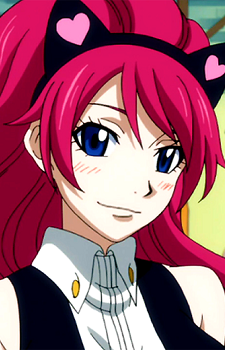 A love-obsessed woman with the power to control non-humans like dolls using her magic, Doll Attack. She once left Lamia Scale and became one of Lyon's loyal followers to take revenge against Deliora for killing her family. She later cleans up her act and rejoins Lamia Scale alongside Lyon, only to eventually leave when she becomes engaged to Blue Pegasus's Ren.

See her entry on the Strongest Team page.
Carla

See her entry on the Strongest Team page.