A world parallel to Earth-land, where the bulk of Fairy Tail takes place. It is inhabited entirely by counterparts of characters throughout the series. However, magic is limited in Edolas and treated as a precious resource. 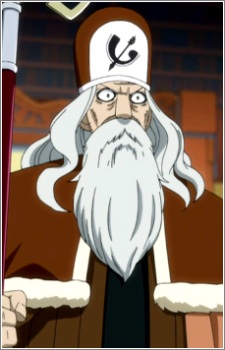 The king of Edolas and father of Mystogan, who is Jellal Fernandez's Edolas counterpart. He is obsessed with bestowing an everlasting supply of magic on his kingdom, and he tries to do so by stealing magic from Earth-land through inter-dimensional portals called Anima, one of which transforms the entire Fairy Tail guild into a giant lacrima crystal.

See his entry on the Other Fairy Tail Members page as Mystogan. 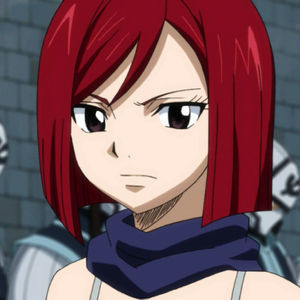 Erza Scarlet's Edolas counterpart, Nightwalker is the commander of the Second Magical Warfare Division in the Royal Military. Nightwalker is a ruthless warrior who has hunted down a great many members of Fairy Tail in her world, earning the title of "Fairy Hunter". She wields a magical spear called Ten Commandments, which can change its form and abilities on her command. 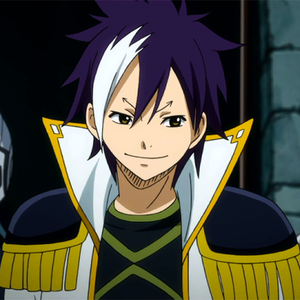 Commander of the Third Magical Warfare Division in the Royal Military. He keeps a wand called the Command Tact that lets him control everything in Faust's indoor amusement park. 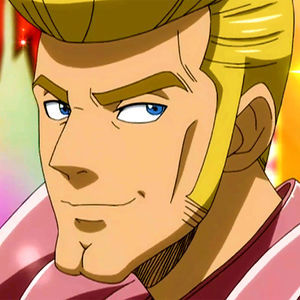 Commander of the Fourth Magical Warfare Division in the Royal Military. His sword, Rosa Espada, can turn anything it touches into a liquid. 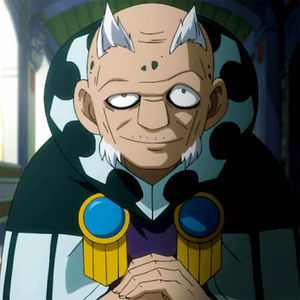 Chief of Staff of the Royal Military. He keeps multiple magic potions that allow him to cast a variety of spells. 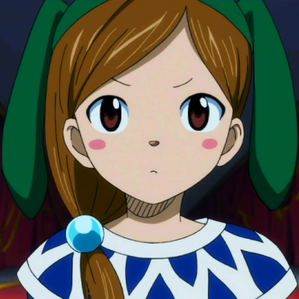 Byro's aide in the Royal Military. She also manages the Legions, large winged beasts that are used in the military as mounts.

The Edolas version of the Fairy Tail guild. Because magic is mostly outlawed outside the kingdom, they exist as a dark guild on the run from the royal military and are the only magic guild left standing in Edolas. 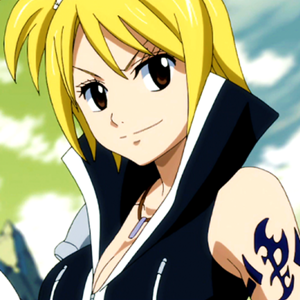 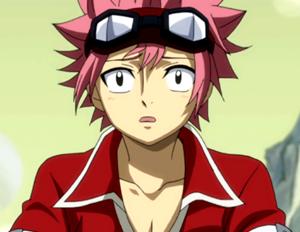 Natsu Dragneel's Edolas counterpart. Unlike his Earth-land self, this Natsu shines while riding vehicles, and is Fairy Tail's transportation expert known as "Natsu the Fireball". Once he steps out of a vehicle, however, he turns into a sniveling wimp. 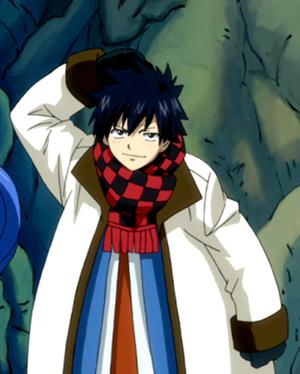 Gray Fullbuster's Edolas counterpart. He wears layers upon layers of clothing, and has a very one-sided attraction to Edolas' Juvia. 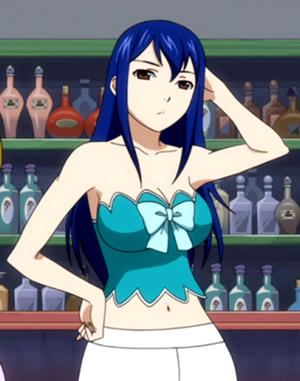 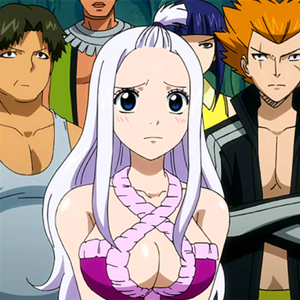 Mirajane Strauss's Edolas counterpart, who acts the exact same way as she does in Earth-land. 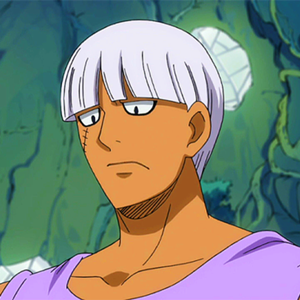 Elfman Strauss's Edolas counterpart. He's something of a wimp, and gets bullied by his stronger guildmates. 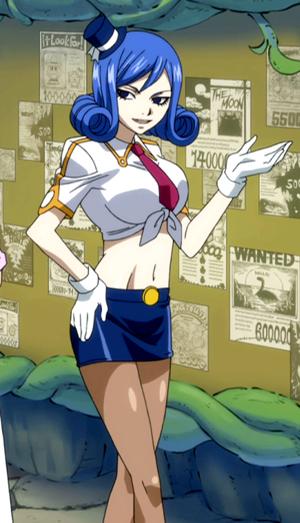 The Exceed are a race of winged cat-like creatures, and the species Happy and Carla come from. From their floating city of Extalia, they are revered as holy beings due to their ability to contain magic in their bodies, which humans from Edolas cannot do. Unknown to them, they are pawns in Faust's plans to bestow magic on Edolas. Once Faust is defeated and the Exceed are up-rooted to Earth-land, they start a search for their missing children and build a new settlement. 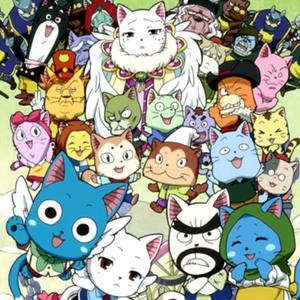 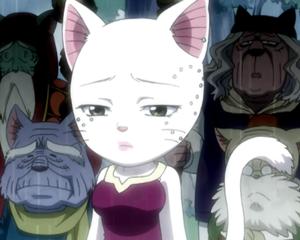 The queen of Extalia and mother of Carla, revered as a god in Edolas. 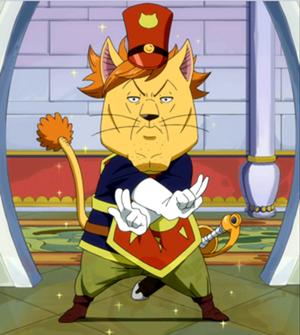 Ichiya's counterpart from Edolas, Nichiya is a member of Extalia's royal guard with the rank of Captain. After coming to Earth-land, he joins Blue Pegasus as the guild's "secret weapon" for the Grand Magic Games, disguising himself in a rabbit costume. 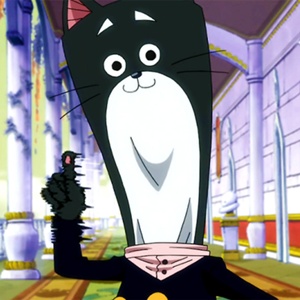 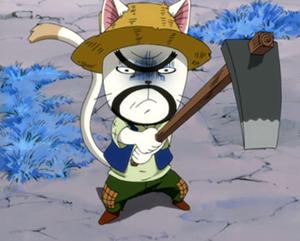 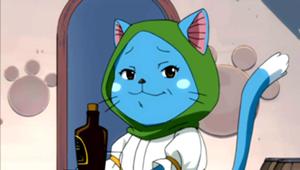 A Exceed farmer couple who were labeled as "Fallen" and exiled from Extalia. They shelter Happy and Carla while they're on the run in Edolas. They're also Happy's parents.

See her entry on the Other Fairy Tail Members page.
Gajeel

See his entry on the Anime Series 1 page.