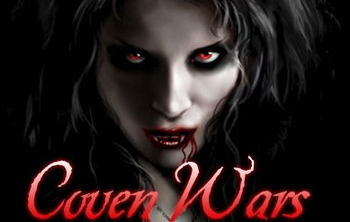 is a free browser-based MMO, where the player is a vampire that levels up by killing humans and rival vampires. It gets it's name from the covens players can join, which are groups of vampires that band together to utilize strength in numbers. Actions take place through action points, which are gained every half-hour. Blood acts as XP.
Advertisement:

The game was initially released on November 2010. It was later renamed to Vampire Genesis.