Rebellious in General
Rebellious is a counterpart cult to Avatar that follows the will of the White Mage.
Touka / White Mage 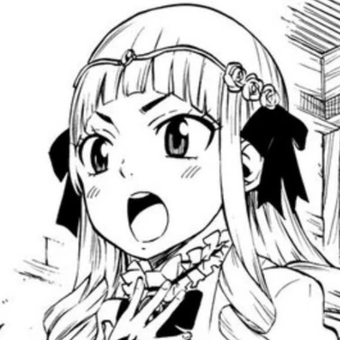 One of Fairy Tail's newest recruits, Touka is a girl who fell head-over-heels in love with Natsu after he allegedly rescued her from a group of bandits, and joined the guild to be with him. However, she harbors a dark secret: she is possessed by a century-old witch known as the White Mage, who leads the evil cult of white magic users called Rebellious who aim to purge the world of magic.

As the White Mage / Faris

Magia Dragon in General
Said to be the first wizard guild in history, Magia Dragon was formed in X633 to protect wizards from those who feared magic to be an evil power. Its guildhall stands on the northern continent of Guiltina, where Natsu and his friends embark on their 100 Years Quest.
Elefseria 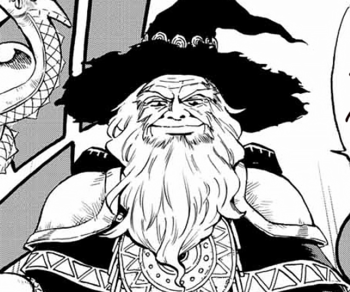 The founder and master of Magia Dragon, and a self-taught Dragon Slayer. He is the client of Fairy Tail's 100 Years Quest, which has gone unfulfilled since his guild was formed.

Diabolos in General
Diabolos is a wizard guild on Guiltina that consists entirely of fifth generation Dragon Slayers, also known as Dragon Eaters, who gained their powers by devouring dragons. 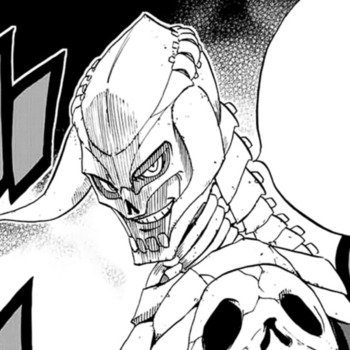 A Corpse Dragon Eater and high-ranking member of Diabolos who uses the power of ash to teleport himself and others, as well as destroy anything or anyone it touches. 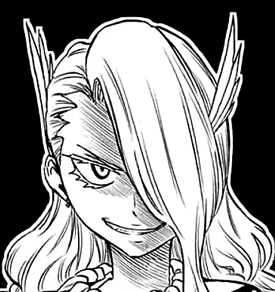 The Blade Dragon Eater, who can rend her opponents to pieces. 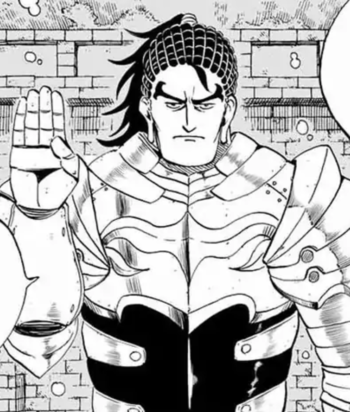 The Armor Dragon Eater, who is clad in the strongest armor. 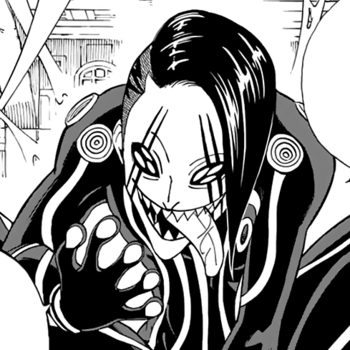 The Clinging Dragon, who has an arachnid appearance and can produce strands of sticky web from his body. 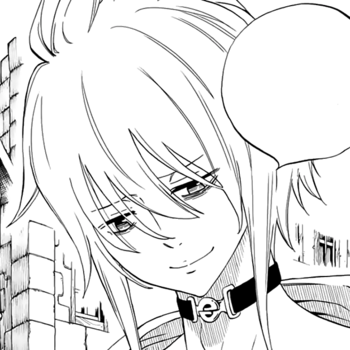 The Spirit Dragon Eater, sent to attack Aldoron with his colleagues. He is the actual ghost of a dead wizard who has the power to manipulate and attack with souls. 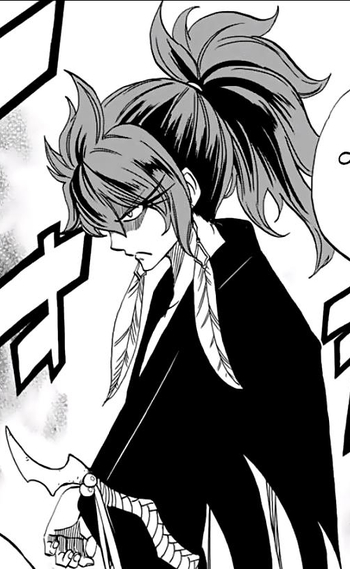 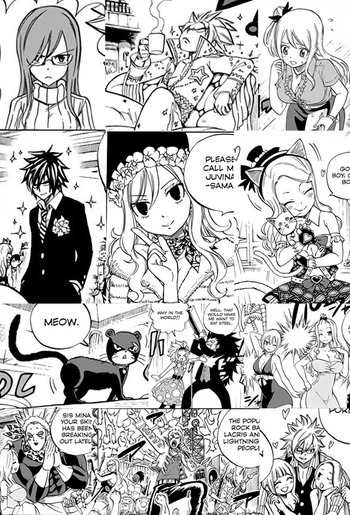 Fairy Nail is a celebrity guild located in the Guiltina city of Tekka. By sheer coincidence, both the name and many of its members bear an uncanny similarity to those of Fairy Tail.

Five Dragon Gods in General
The Five Dragon Gods are five insurmountably powerful dragons that inhabit the mysterious land of Guiltina, each rumored to rival the might of Acnologia himself. The goal of Fairy Tail's Century Quest is to seal these dragons away, but no one has ever managed to face them and live to tell about it in over 160 years.
Mercphobia 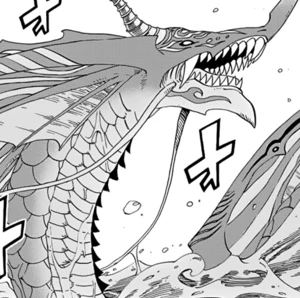 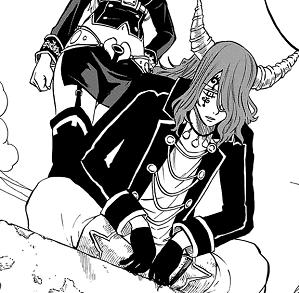 The Water Dragon God, ruler of Ermina, and the first of the Dragon Gods encountered by Natsu and friends. While he possesses a surprising level of cordialness and interest in humans in the present, in the past he was greatly feared for his willingness to drown countless numbers of them without care. 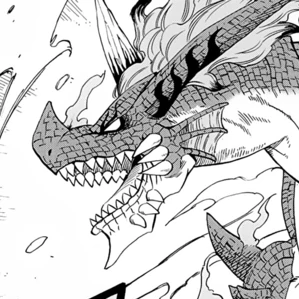 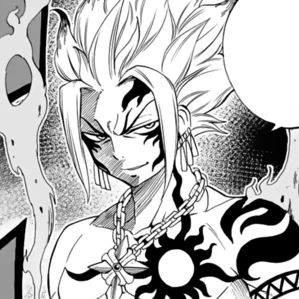 The Fire Dragon God, Igneel's biological son, and by extension Natsu's foster brother. He eagerly awaits the chance to clash with Natsu and see which of them has the superior fire. 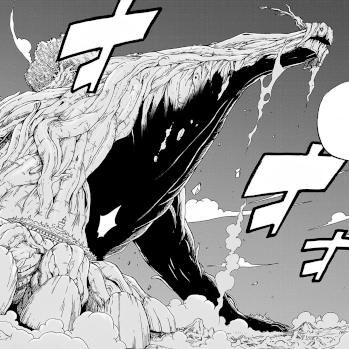 The Wood Dragon God who resides in Draseal...or more accurately, whose body is the foundation on which the city of Draseal, split into five separate towns, is built upon. 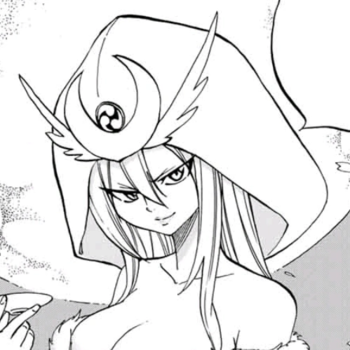 The Moon Dragon God who lives on Black Moon Mountain. 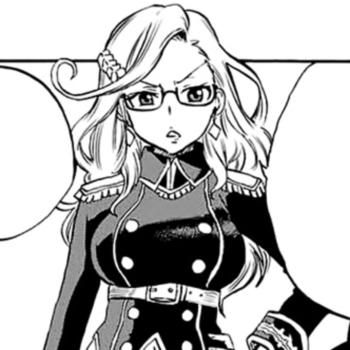 The human assistant of the Water Dragon God Mercphobia, who he saved long ago from a shipwreck and who helped fashion his current opinion of humanity. 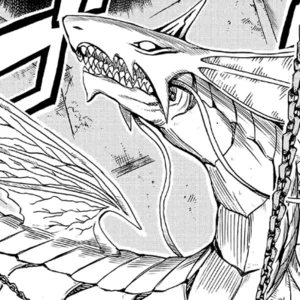 A giant sea serpent that serves the Water Dragon God and brings him the people of Ermina's sacrifices. 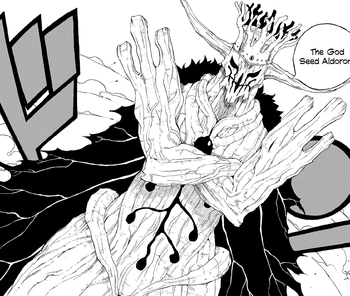 The leader of the God Seeds, and the most powerful of all. He is also the very brain of the Wood Dragon God Aldoron and can access all of his true self's power. 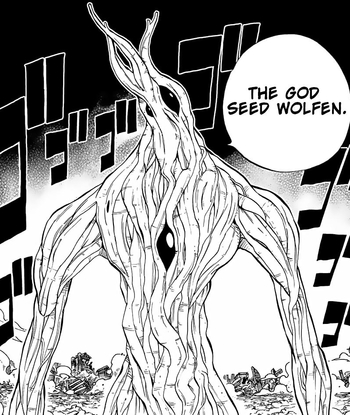 The first line of defense among the God Seeds. He can spawn multiple copies of himself from Aldoron's body, and reads the minds of his foes to copy the form and powers of the strongest person they can think of. 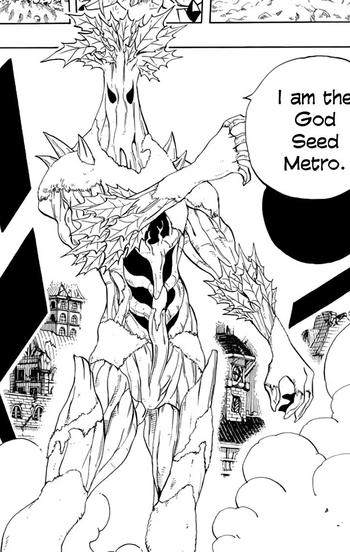 A God Seed who commands an army of gargantuan tree creatures. 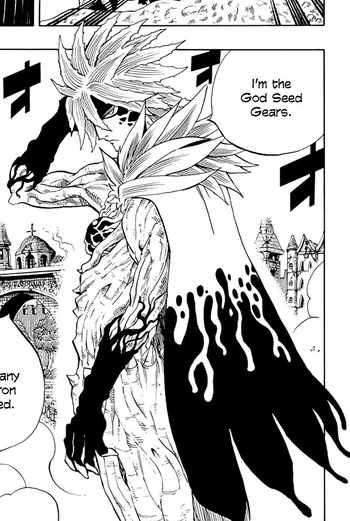 The tactician of the God Seeds who often comments on the "gears" of his enemies, with his power specifically being able to brand his foes with magic circles in the shape of gears that restrict their bodies and minds into helplessness. 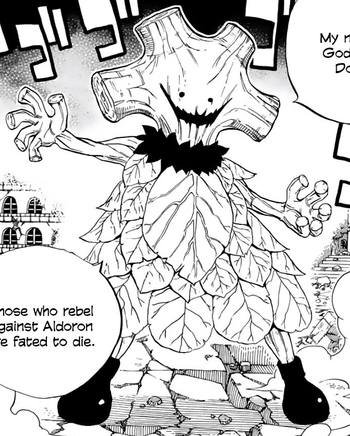 A childlike God Seed who brings death to those who defy Aldoron with deadly paralyzing spores.

Youko "of the Pandemonium" 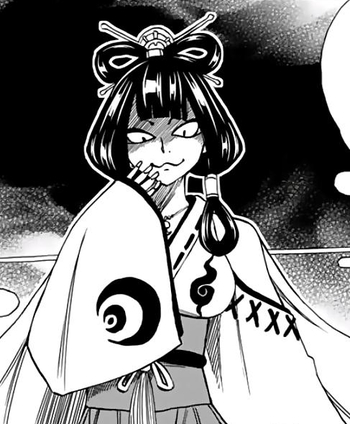 A loyal servant of Selene who uses Hyakki Yagyō, a Spiritual Arts that allows her to summon spirits made of Suspiria. 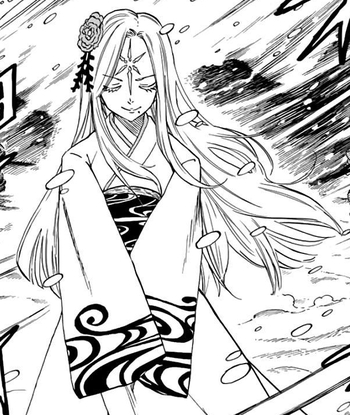 A loyal servant of Selene with power over snow and freezing. 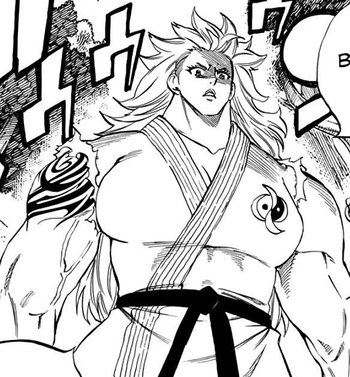 A huge muscular woman in a gi, one of Selene's servants who wields Suspiria to unleash powerful physical attacks.