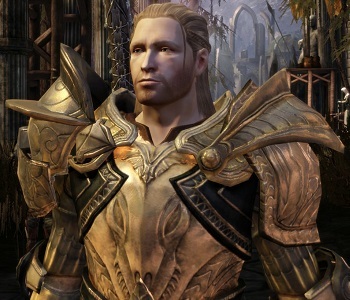 Voiced by: Peter Bramhill
"I cannot wait for that glorious moment. The Grey Wardens battle beside the King of Ferelden to stem the tide of evil."

The current monarch of Ferelden, a young and idealistic man, if rather foolish. He wants a battle that will be remembered by history, and he gets it... just not the way he expected. 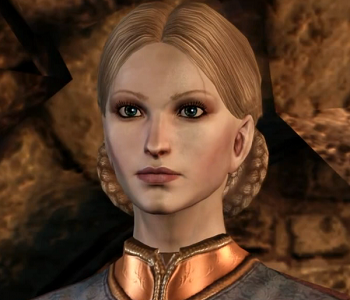 Voiced by: Mika Simmons
"We have been given the gift of freedom by our forebears. Let us not squander it."

The current Queen of Ferelden, wife (then widow) of Cailan. She is the true power behind the throne, taking after her father, Loghain. 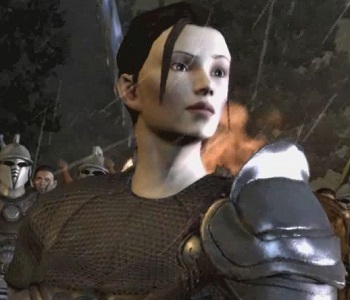 Voiced by: Alyx Wilton Regan
"Some of us know what honor and loyalty are."

A high-ranking knight of Ferelden, Cauthrien is the commander of King Maric's Shield, Loghain's personal corps of elite soldiers. She is first seen at the battle of Ostagar, relaying somewhat disbelievingly Loghain's order to retreat from the battle, and later serves as his right hand woman. Once the gathering of the members of the Landsmeet begins, Ser Cauthrien and her soldiers will attempt to arrest the Warden after s/he breaks Anora out of Arl Howe's estate, and if she's not defeated there, she will confront the party again upon entering the Royal Palace for the Landsmeet. 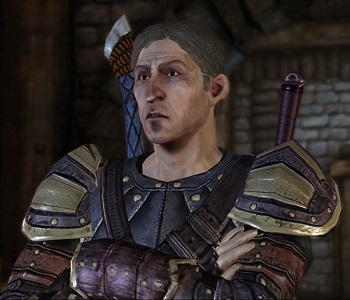 The best friend of Teyrn Bryce Cousland (the human noble PC's father) right up until he kills him along with almost his entire family. Afterwards, he is appointed the Arl of Denerim. He later serves as an advisor to Loghain and carries out his more atrocious orders. 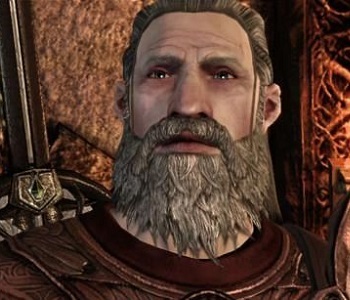 Voiced by: Graham McTavish
"Must we sacrifice everything good about our nation to save it?"

The Arl of Redcliffe and King Cailan's favorite uncle; he was the brother of Cailan's late mother, Queen Rowan. 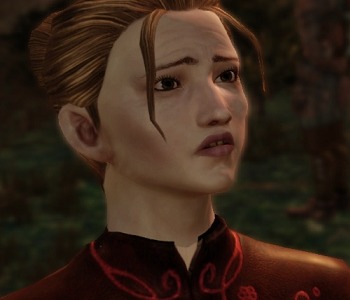 Voiced by: Louisa Patikas
"For the one who delivers the Sacred Ashes of Our Lady will have the esteem of Redcliffe, and all the riches it is in my power to grant."

Wife to Arl Eamon and mother to Connor, Isolde married her husband despite her own Orlesian heritage. 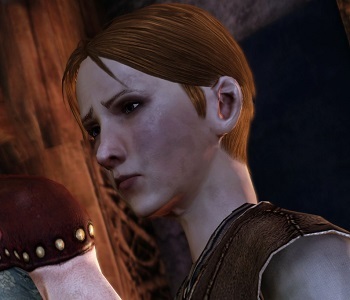 Voiced by: Michael Curtis Parsons
"I feel like I'm sleeping, but I guess I'm not."

The young son of Arl Eamon. 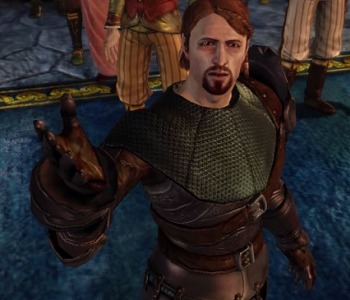 Voiced by: Timothy Watson
"The Bannorn will not bow to you simply because you demand it!"

Bann of Rainesfere and younger brother of Arl Eamon and the late Queen Rowan, Teagan is currently in charge of the defense of Redcliffe against the mysterious evil pouring out of the castle, where his family may or may not still be alive. 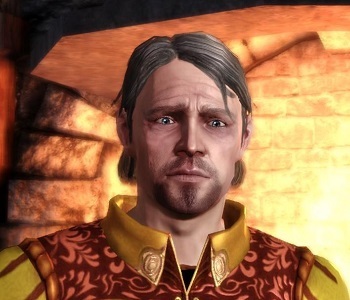 Voiced by: Richard Laing
"We are Couslands, and we do what must be done."

Father of the Human Noble PC, and Teyrn of Highever. 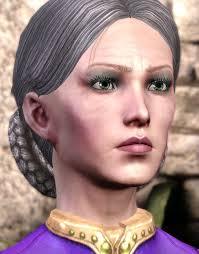 Voiced by: Deborah Moore
"I'm no Orlesian wallflower - give me a sword and I'll use it!"

Mother of the Human Noble PC, she plays a major role in the attack on Highever Castle. 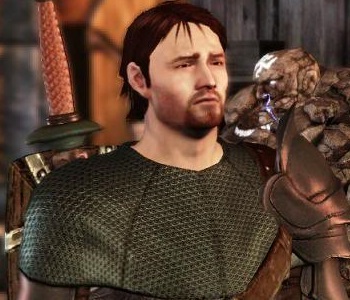 Voiced by: Shawn Dingwall
"Well, off I go! So many darkspawn to behead, so little time."

Elder son of Bryce and Eleanor Cousland, brother of the Human Noble PC, heir to the teyrnir of Highever. 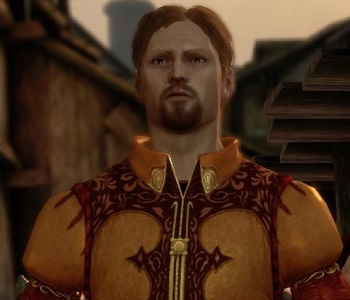 Voiced by: Nicholas Boulton
"It's a party, isn't it? Grab a whore and have a good time!"

Son of Urien, Arl of Denerim, Vaughan and his posse burst into the Alienage to get some "female guests" for their "private party" in the City Elf origin. 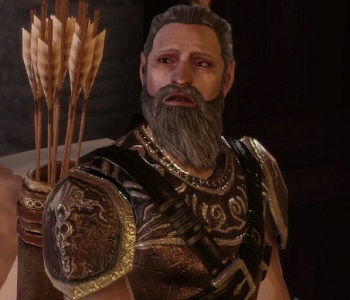 Voiced by: Timothy Watson
"All of southern Ferelden covered by black clouds, the ground rotting beneath your feet, plagues and darkspawn raids going on until even the crows get sick of the smell of carrion."

Arl of West Hills, his lands fall early on to the Blight. He is among the nobles who gather in Denerim for the Landsmeet. 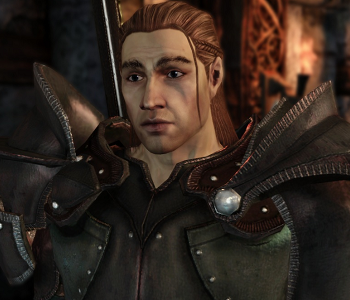 Voiced by: Nicholas Boulton
"Rendon Howe was no friend of mine. The boy I knew... died at the Battle of White River."

Arl of South Reach and veteran of the Fereldan Rebellion. 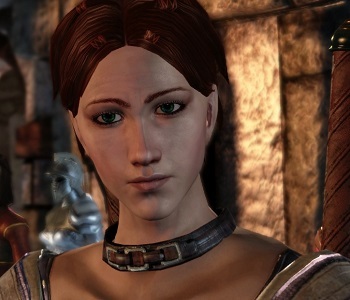 Voiced by: Hellena Taylor
Bann of the Waking Sea, she is one of the many nobles who gather in Denerim for the Landsmeet.
Bann Sighard 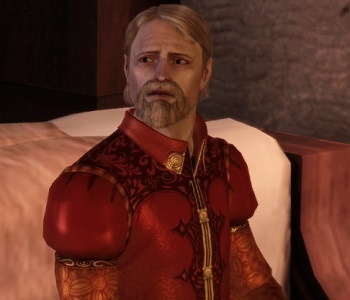 Voiced by: Brian George
"Know that I will stand behind you at the Landsmeet, with all the support I can muster."

Bann of the Dragon's Peak Bannorn, Sighard is one of the nobles who gathers for the Landsmeet.

Bann Ceorlic
Voiced by: Simon Templeman
"I stand by Loghain! We've no hope of victory otherwise!"

Bann of the Southern Bannorn, Ceorlic is one of the nobles who gathers for the Landsmeet, and a staunch supporter of Loghain.