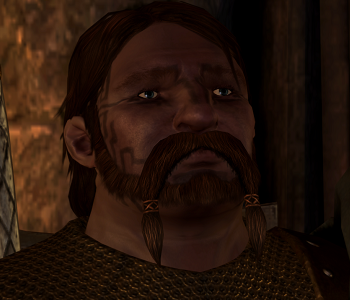 Voiced by: Mark Meer
A surfacer dwarf who works for Marjolaine.
Advertisement:
Sketch 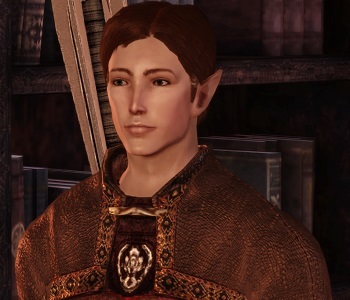 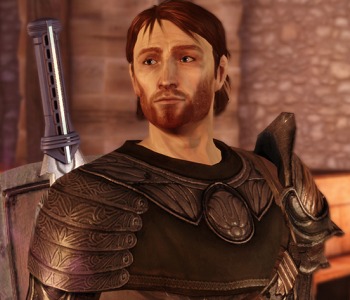 Voiced by: Adam Howden
A man whom Leliana rescues from prison.
Harwen Raleigh 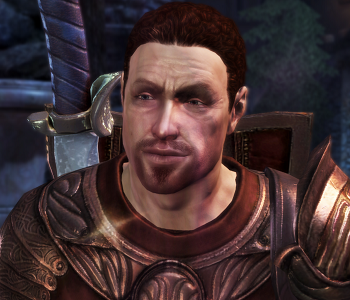 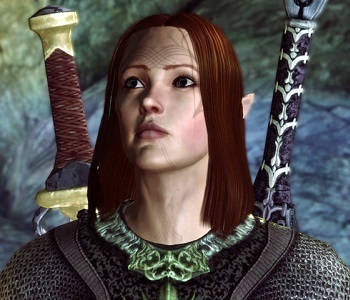 Voiced by: Corri English
A Dalish Elf looking for Morrigan after the latter stole a tome detailing elven lore from her clan. Having a common goal, she joins the Warden-Commander in searching for the witch.
Finn (Florian Phinneas Horatio Aldebrant, Esquire) 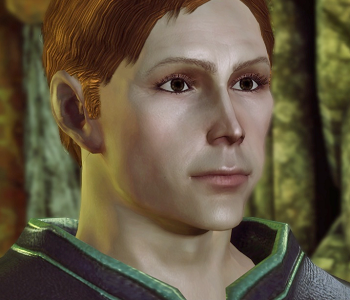 Voiced by: Yuri Lowenthal
A rather foppish Circle mage. A bookworm at heart, about the only thing that will make him leave the Tower willingly is if he has a chance to delve into some ancient Elven or Tevinter history.
Advertisement: 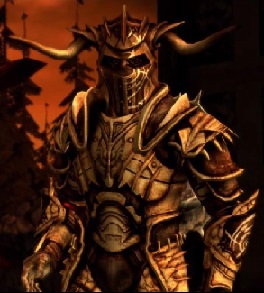 The player character for the Darkspawn Chronicles, a powerful Darkspawn who fights and kills most of the Dragon Age: Origins cast in an alternate universe. 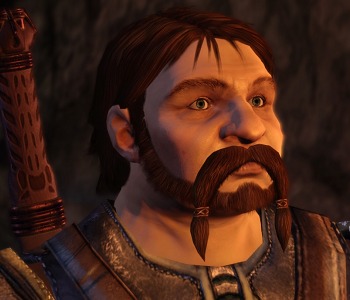 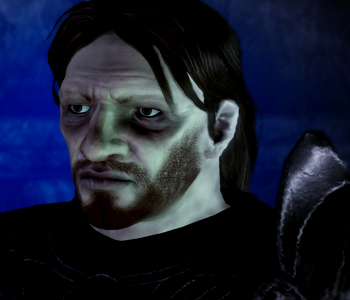