Below is the list of original characters introduced in Dragon Age: Origins – Awakening.

A Ferelden Circle Mage turned apostate, Anders has at least seven escape attempts to his name and hasn't given up yet. The new Warden-Commander may invoke the Right of Conscription to save him from being dragged back to the tower once again. 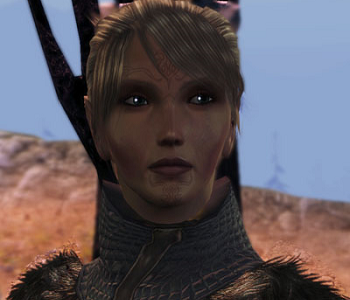 Voiced by: Grey DeLisle
"I know a human crime when I see it. I have experienced more than enough of them."

A Dalish elf and mage who has been attacking human caravans to avenge hate crimes committed against her clan. She can join the Warden to track down her missing sister. 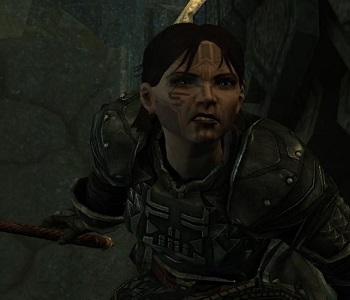 Voiced by: Natalia Cigliuti
"A wise man once told me never to argue with someone better armed than the entire warrior caste on parade."

A member of the Legion of the Dead, a group of dwarven warriors who are symbolically dead and spend the rest of the their lives fighting Darkspawn in the Deep Roads to atone for some crime they have committed. Prior to her "death" she was a casteless dwarf. Despite this, she's actually managed to keep her optimism, even after having her entire squad slaughtered. 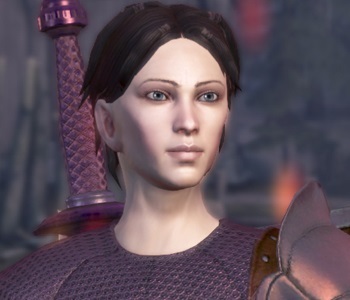 Voiced by: Alyx Wilton Regan
"Allow me to say: I'm very proud to serve under your command."

An idealistic female knight who joined the Grey Wardens to repay them for saving Ferelden. She fails to survive her Joining.

A benevolent Fade Spirit trapped in the corpse of a Grey Warden named Kristoff. Justice joins the Warden’s party in the Blackmarsh, and is alternately confused and fascinated by the mortal, material world. 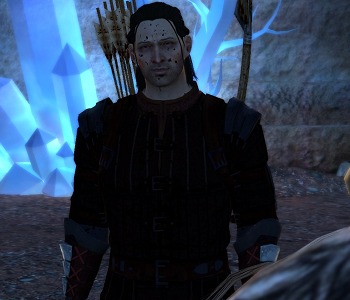 Voiced by: Simon Chadwick
"The Howes are pariahs now, those of us left."

A human rogue and son of Arl Howe, Nathaniel initially views his father as a patriot who fought for his nation. Feels the Grey Wardens are traitors for allowing Orlesians into Amaranthine. First seen in a comic from Penny Arcade.

Oghren
Oghren is back from Dragon Age: Origins, with a battleaxe in one hand, a tankard in the other, and a belch ready in his gullet.

For tropes pertaining to Oghren, see this page. 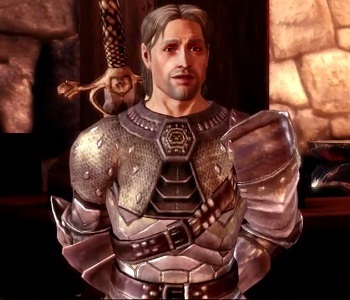 Voiced by: Robin Sachs
Seneschal of Vigil's Keep, Varel assists the Grey Wardens in ruling the region and fighting the Darkspawn threats. 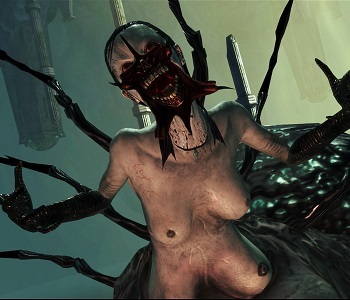 Voiced by: Dee Dee Rescher
"You took that beautiful music from us, and left us nothing!"

An insane Broodmother who leads the Disciples. 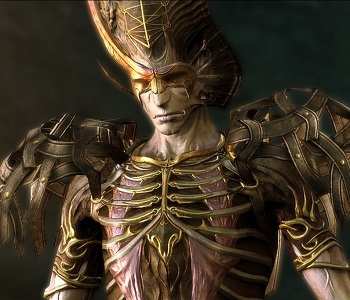 Voiced by: Jamie Glover
"I do not seek to rule my brethren. I only seek to release them from their chains."

A Darkspawn emissary who wants to end conflict between the Darkspawn and other races. He first appeared in The Calling and reappears in Awakening. He is very polite, but does not understand the concept of morality. 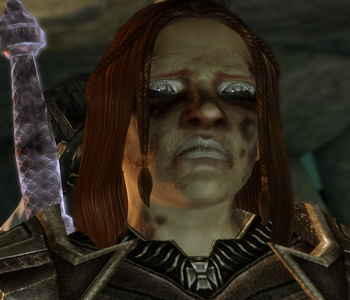 A Silent Sister who joined the Grey Wardens. She later joined the Architect in order to end the Blights. She first appeared in The Calling and makes a cameo in Awakening. 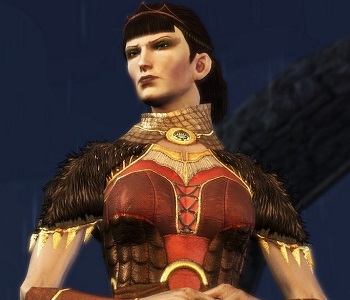 Voiced by: Belinda Cornish
"The spirits will watch in envy as the mortals of this realm bow down before me!"

The Orlesian Baroness placed in charge of the Blackmarsh. Infamous for the cruelty of her reign, even death cannot stop her from wreaking havoc. 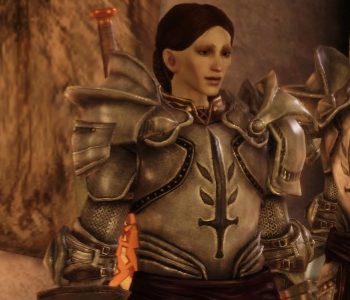 Voiced by: Natasha Little
"You cannot hide within the Grey Wardens' ranks!"

A corrupt Templar with a personal grudge against Anders, who isn't above overstepping her authority to pursue it.

The Disciples are Darkspawn, mainly Hurlocks, that have shown a keen cunning and intellect all but unheard of in regards to Darkspawn. They are the only Darkspawn that can speak intelligibly to non-Darkspawn, hold independent identities and free will, and choose their own names. All are voiced by Mark Meer. 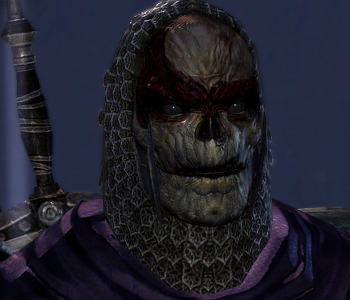 "You are thinking you know of our kind, human? It is understandable. But that will soon be changed."

The first Disciple encountered in the game. The Warden encounters him leading an assault on Vigil's Keep, intent on capturing them.

An unseen Disciple serving the Architect. 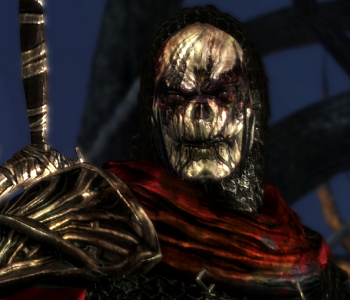 "I am the First! I am not being 'expendable!' Both the Grey Warden and the Mother shall be learning this!"

One of the original Disciples, as indicated by his name, and general of the Mother's armies. 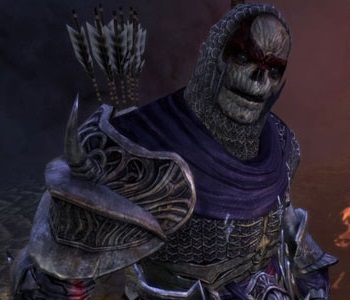 A Disciple that serves the Architect. 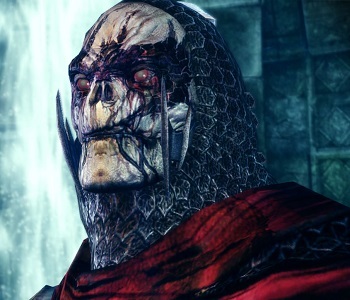 A Disciple loyal to the Mother. He and his forces have taken the ruins of the dwarven city Kal'Hirol, using it as a breeding ground for their Broodmothers. When the Warden confronts him, he is already under siege by darkspawn loyal to the Architect. 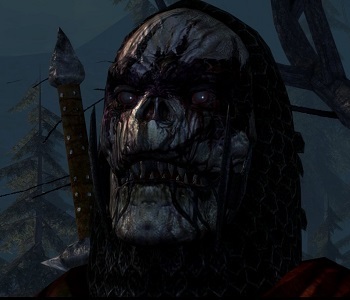 A Disciple loyal to the Mother, he is a general in her darkspawn army. He is the final Disciple encountered, and only appears in one of two quests which happen simultaneously prior to the endgame.