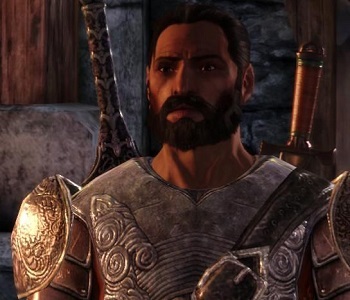 Voiced by: Peter Reneday
"From here, you two are on your own. Remember, you are both Grey Wardens. I expect you to be worthy of that title."

The Warden-Commander responding to the growing threat in Ferelden and Team Dad to Alistair, Duncan is the one who recruits the PC. He has been a Grey Warden for quite a while now and commands great respect. He also seems to have connections everywhere in Ferelden. 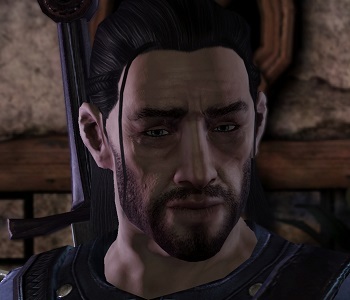 Voiced by: Stephane Cornicard
"It warms my heart to see such courage."

A Grey Warden from Orlais, Riordan has known Duncan for a while. He is captured by Arl Rendon Howe after sneaking into Ferelden to determine what happened to the Grey Wardens there and the extent of the Blight. 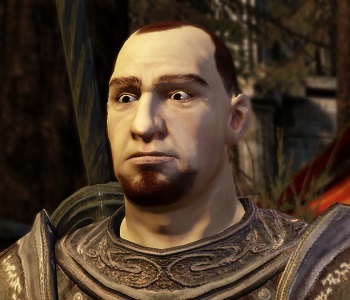 Voiced by: Mark Healy
"There is no glory in this!"

A warrior of Redcliffe, whom Duncan met in Highever. He was recruited into the Grey Wardens alongside the PC. He is a nice guy, but he suffers from mild cowardice. 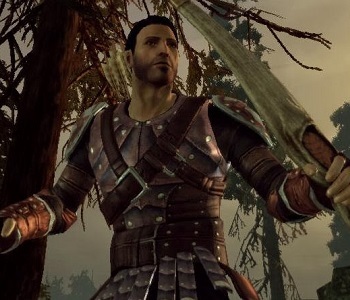 Voiced by: James Daniel Wilson
"Maybe you'll die. Maybe we'll all die. One thing's for sure: everyone will die if nobody stops the darkspawn."

An ex-cutpurse who was conscripted by Duncan to escape execution for his crimes. One of the three Grey Warden recruits, alongside the PC. 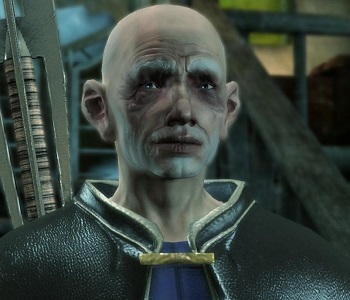 Voiced by: Martin Jarvis
"So the Maker told you that, did he? Short-sighted men have forbidden my research, not any god. Enough."

A Grey Warden under the command of Sophia Dryden, Avernus tried to help her defend Soldier's Peak, the Fereldan headquarters of the Wardens, from a siege by the merciless King Arland two hundred years before the events of the game. His experiments with blood magic and resistance to the taint have enabled him to extend his lifetime far beyond its normal length, but his dealings with Fade demons had terrible repercussions for his Warden brethren. 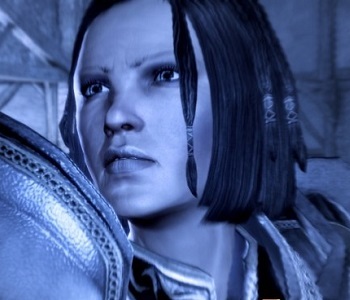 Voiced by: Stephanie Wolfe
"I will inspire the Wardens, and Arland will rue the day he spared my life."

Commander of the Grey Wardens roughly two hundred years before the events of the game. Sophia was a noblewoman who was a rival with King Arland for the throne; he intended to execute her, but her popularity with her fellow nobles made it a risky prospect, so he sentenced her to become a Grey Warden instead. Charismatic, intelligent, and ruthless when necessary, she rose quickly through the ranks to the top post, then led the Wardens in an effort to oust the tyrannical Arland. She and many of her men died when Soldier's Peak was besieged.