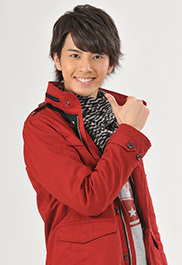 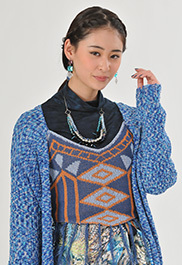 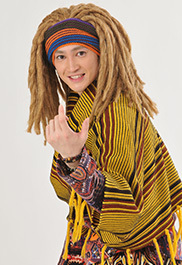 Monarch of the Savannah! Zyuoh Lion! 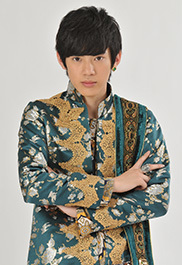 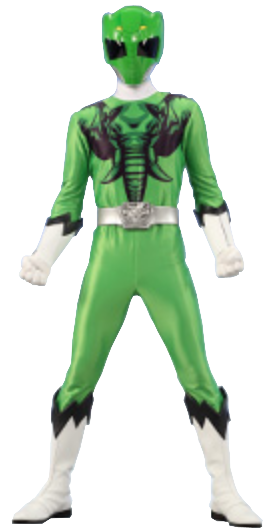 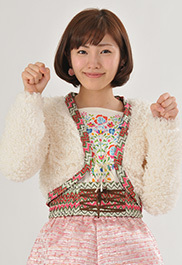 Monarch of the World! Zyuoh The World!

An ordinary human abducted by Ginis and forced to become his extra player to have equal footing with the Zyuohgers. Has the powers of three Zyumans forcibly infused into his body. 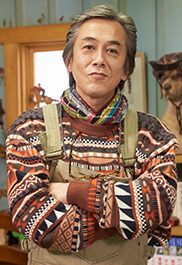 Yamato's uncle. He works as an animal sculptor.

A Gorilla Zyuman who observes humans, that's currently stuck in the human world. Later gives his Zyuman power to Yamato, allowing him to become Zyuoh Gorilla. 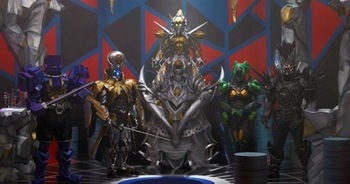 They are here to play a game: The destruction of our planet
Ginis 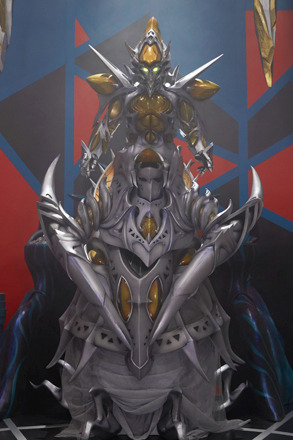 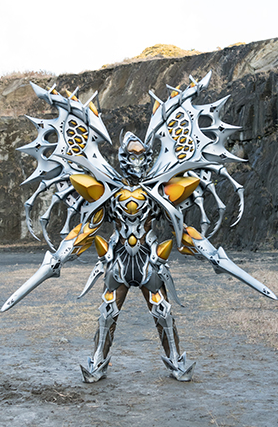 Leader of the Deathgaliens, he loves to play with the lives of others and will present an award to the winner of his "Blood Game." 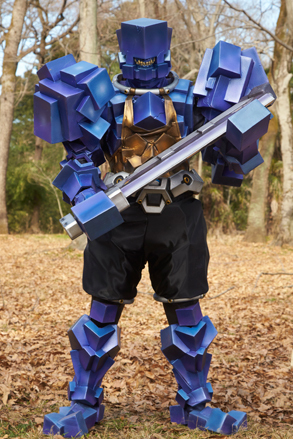 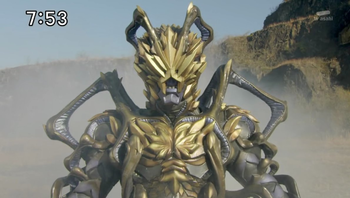 A Deathgalien Team Leader that loves to inflict physical pain on others. He is actually the monster that Cetas sent into space hundreds of years ago but suffered from amnesia until the last episodes of the series. 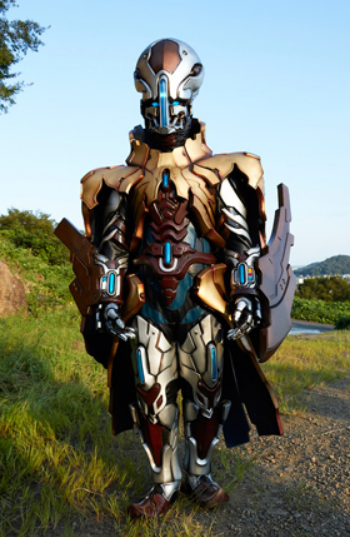 A Deathgalien Team Leader with a preference for mental pain. 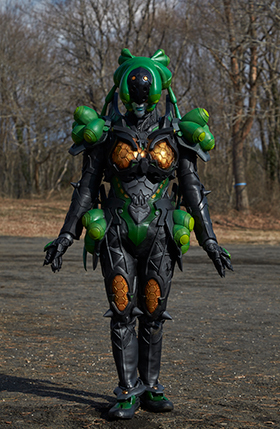 Ginis' assistant, she is in charge of using Ginis' Continue Medals to enlarge fallen monsters and oversees the Blood Game. 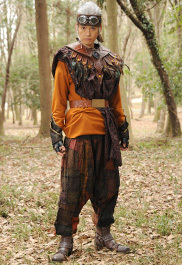 An Eagle Zyuman that gave Yamato the King's Credential when he was a child. Later on, when looking for various Cube Weapons, he is met by Larri who calls his name as Bud, and the two seem to know each other. 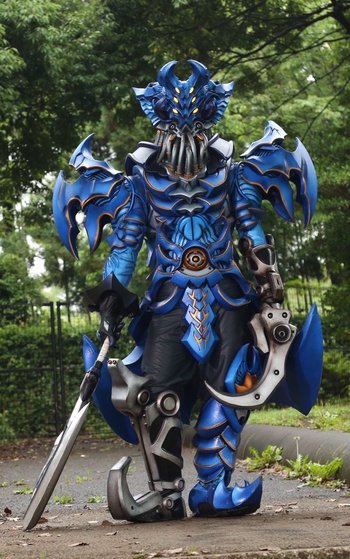 A mysterious "Mega Beast Hunter" that has hunted ninety-nine giant animals across the universe and wants to add Cube Whale as number one-hundred, and has the ability to summon people's memories.

Cetus
An ancient Zyuman king who once fought against Azald, an evil monster that threatened Earth long ago. However his sheer determination to keep fighting awakened the Grand King's Credential and allowed him to become the first canonical Zyuohger, Zyuoh Whale. In the modern day, Yamato is chosen to carry on his will and succeed him as the second Whale.
Kageyuki Kazakiri 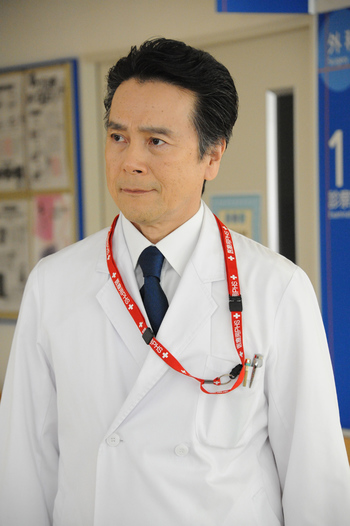 Yamato's father whom had a conflict with him years ago.