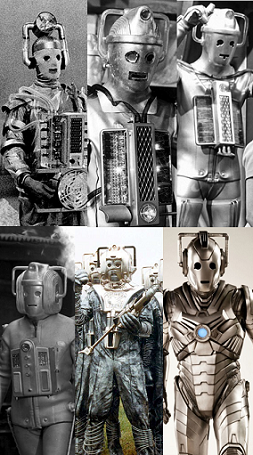 A species of cybernetic beings; originally a fully organic humanoid species, they started replacing more and more of their biology with robotics to extend their life, to the point that they have next to nothing living inside them, including emotions, and somewhere along the line they for some reason picked up a drive to "upgrade" the entire universe to be like them. They are an example of "parallel evolution"; they have origins on many planets and in many timelines, essentially an inevitability, arising wherever there are people with the technology — Mondas, Telos, Planet 14, and so on. In fact, the Mondas/Telos Cybermen came from the tenth planet of the Earth's solar system ("Earth's long-lost twin planet"). note Both the airdate, and the year the story was set in, were before IAU redefinition of what a planet is, so Pluto was still a planet then. 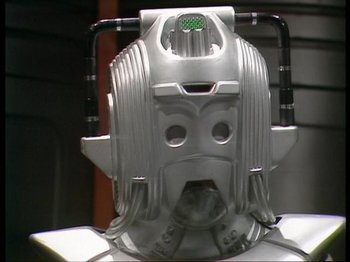 Introduced in "Revenge of the Cybermen", a Cyber-Leader would appear in every subsequent Cybermen story of the original series. Although each Cyber-Leader was a different unit, they were all played by the same actor during the John Nathan-Turner eranote in the case of the series revival, the same voice actor and were functionally the same character. 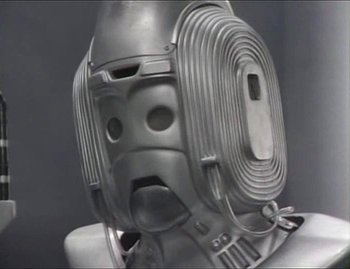 Played by: Michael Kilgarriff
"Emotion is a weakness!"

A unique Cyberman who directs the Cybermen's central base of operations on Telos. Larger and more autonomous than the standard Cyberman, the Controller is primarily preoccupied with formulating plans to preserve its species in the aftermath of Mondas' destruction, and rarely sees action in the field. 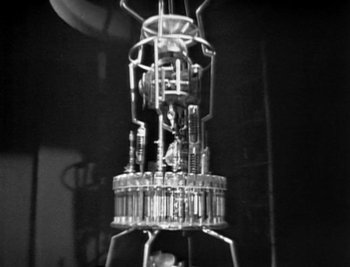 Voiced by: Roy Skelton, Peter Halliday
"You cannot stop us. No one can."

Cyber-Planners are learning computers used by the Cybermen to create and direct battle plans and strategies. 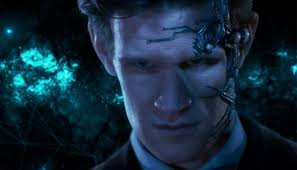 Mr. Clever is a Cyber-Planner that was operating out of the brain of the Eleventh Doctor. As a result, there was a much more flamboyant, emotive, and outlandish personality than one would ordinarily associate with Cybermen. 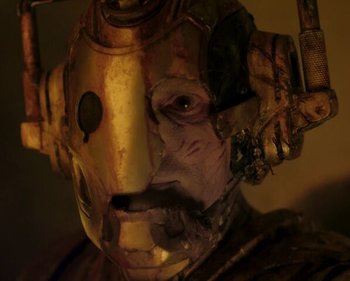 Formerly known as Ashad, this half-converted, insane Cyberman is sent to retrieve the Cyberium database and help rebuild the Cyber Empire in the aftermath of the Cyber Wars. 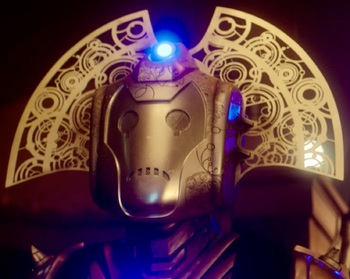 Cyber-converted Gallifreyans created by the Master. 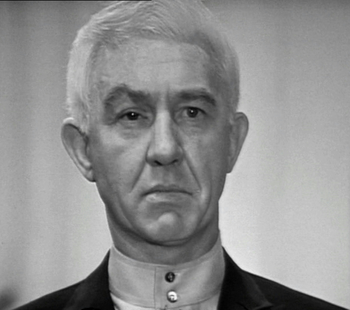 The founder of International Electromatics, who met the Cybermen and formed an alliance with them, and then masterminded an invasion to take over the Earth. However, he plans to backstab them as he knows their intentions too well.

A group of workers stationed at the Mondasian Colony Ship's Conversion Hospital. 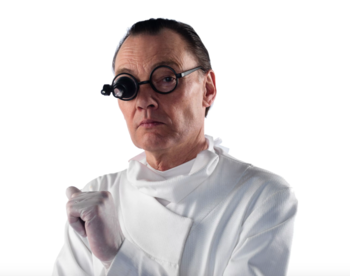 The lead surgeon in charge of Cyberman Conversions. 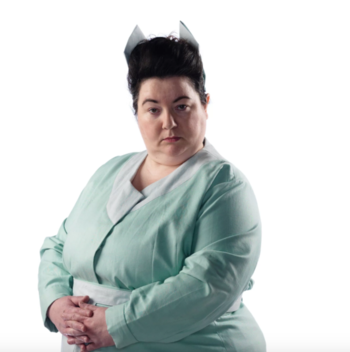 The Surgeon's assistant, who is tasked with overlooking the patients after the lights go out. 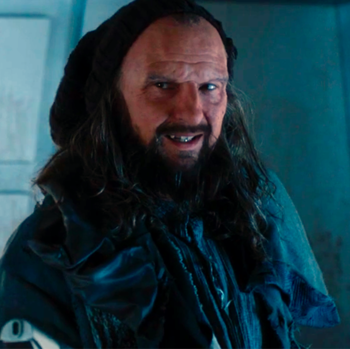 The eccentric and disheveled Hospital janitor.

The parallel Earth Cybermen (or Cybus Cybermen or Cybusmen, after the evil corporation that created them). These Cybermen come from a parallel universe. Have been around for a while, first appearing in "Rise of the Cybermen" in 2006. Get sent into the Void between dimensions, from where they neatly spill over into the regular timeline. 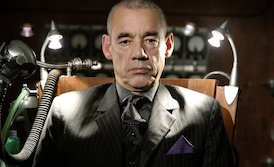 The CEO, director and co-founder of Cybus Industries, John Lumic was the brilliant — and insane — creator of the parallel universe versions of the Cybermen (Cybus Cybermen). He was dying from a terminal illness, and made efforts to upgrade himself — and eventually all of humanity — into a higher lifeform.