A Time Lord, or more properly a Time Lady, like the Doctor, and therefore has multiple regenerations. (Two were seen onscreen, dubbed Romana I and Romana II by fans; the Expanded Universe added several possible thirds.) Sent to assist the Doctor against his will in the search for the Key To Time. She was initially what one would call "book-smart": extremely well-educated (her academic record trounced the Doctor's), but quite young and with little practical experience. As such, she is the one companion who could serve as the Doctor's co-pilot with the TARDIS.

Tropes associated with all incarnations: 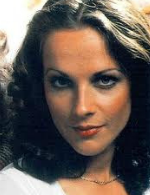 Debut: "The Ribos Operation" (1978)
Final Story: "The Armageddon Factor" (1979)
Regeneration Story:note Regenerated offscreen at the start of the serial. "Destiny of the Daleks" (1979)
Played by: Mary Tamm (1978–79)
Romana I: You have absolutely no sense of responsibility whatsoever!
The Doctor: What?
Romana I: You're capricious, arrogant, self-opinionated, irrational, and you don't even know where we're going!
The Doctor: Exactly!

A tall, leggy, dark-haired woman; the initial concept of her was a "Grace Kelly" sort of character. Had a penchant for armchair psychology. According to the Big Finish Audios, she regenerated when forces beyond her control were drawn out by the Key to Time and started to weaken her body, but she passed the reasons off as a whim. 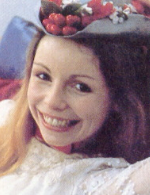 Shorter, with strawberry blonde hair. Still snarky, but a lot more bubbly and Constantly Curious. And if anything, her style flair got even more creative.