The Slitheen familynote "The Slitheen" for short; their race is called Raxacoricofallapatorian (Ninth Doctor) 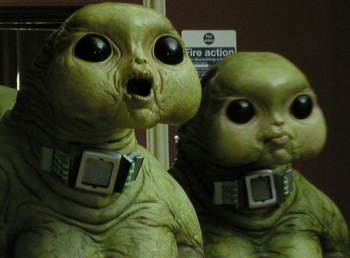 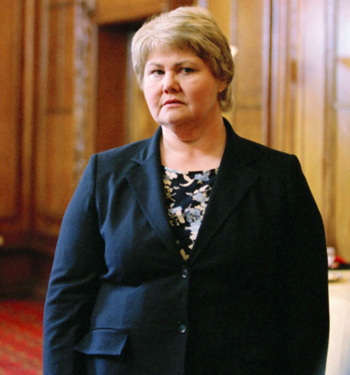 A member of the Slitheen family who came to Earth as part of their plan to destroy the planet, before being the only survivor by means of an emergency teleport when 10 Downing Street was blown up. Afterwards, she set herself up as the Mayor of Cardiff as part of a plot to use the time-space rift running through the city to power her escape vehicle, which would have destroyed the planet in the process.

A young member of the Slitheen family. He first appears in Revenge of the Slitheen disguised as Carl to help his father and uncle in their plot to turn off the Earth's sun. When their plan backfires, Korst and his father beg for Sarah Jane's help. Though Sarah Jane tries to help them, she fails. Korst's father is killed in the resulting explosion and Korst blames her for his father's death. He reappears in The Lost Boy, disguised as Nathan Goss.