Soldier vs. Warrior
aka: Soldier Versus Warrior 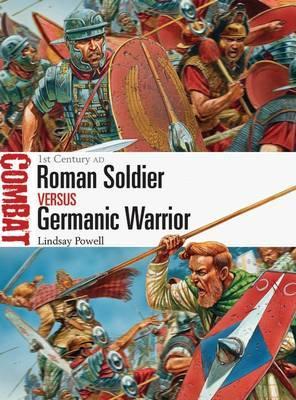 Osprey's entire Combat series is based on this trope.
Canderous Ordo: Carth, you fought in the Mandalorian Wars, didn't you? We may have faced each other in combat. What battles were you in?
Carth Onasi: I try not to think about my past battles too much. The horrors of war are something I'd rather not relive.
Canderous Ordo: The horrors of war? My people know only the glory of victory. I'm disappointed in you, Carth. I thought a warrior like you could understand.
Carth Onasi: I'm not a warrior, I'm a soldier. There's a difference. Warriors attack and conquer, they prey on the weak. Soldiers defend and protect the innocent — mostly from warriors.
— Star Wars: Knights of the Old Republic
Advertisement:

In a story that involves a Proud Warrior Race or fighting culture, you'll eventually have the eternal debate: Is it better to be a soldier, or a warrior?

In other words, a Soldier fights to live, and a Warrior lives to fight.

A work that pits these two together typically invokes Romanticism Versus Enlightenment, Emotions vs. Stoicism or Order Versus Chaos, and either side can be shown as right or wrong. A work favoring the Soldiers will typically portray the Warriors as a Strawman Emotional, The Horde, or some other disorganized mass of wild, bloodthirsty, and barbaric creatures. A work favoring the Warriors will typically portray the Soldiers as a mindless Red Shirt Army, with no spirit or individuality. Some works may not favor either, but simply show them as two different (but necessary) Opposing Combat Philosophies.

One complication that can be commonly seen in cultural comparisons, but not as frequently represented in fiction, is that a more organized force often displays more of the connotations associated with the Warrior aspect, a standing army often being seen as more warlike than one relying on civilian levies.

See also World's Best Warrior, which shows how a single fighter can become the best in either culture. Compare Technician vs. Performer, Force and Finesse, Chevalier vs. Rogue, Arrogant God vs. Raging Monster, and Quantity Versus Quality and Quality over Quantity. Contrast Scientist vs. Soldier.

Ironically, in the Humans Are Warriors trope, humans tend to be the soldiers while the other species are warriors, and that is why humans are better at war.

open/close all folders
Anime & Manga
Comic Books
Fan Works
Films — Live-Action
Literature
"One of these centuries the brutes, private or public, who believe that they can rule their betters by force, will learn the lesson of what happens when brute force encounters mind and force."
Live-Action TV
Music
Roleplay
Tabletop Games
Web Animation
Web Original
Western Animation
Real Life
Feedback

Stannis Baratheon muses over the Greyjoy Rebellion and how he was able to defeat a seemingly superior navel force using military tactics compared to his enemies' use of brute strength.

Stannis Baratheon muses over the Greyjoy Rebellion and how he was able to defeat a seemingly superior navel force using military tactics compared to his enemies' use of brute strength.