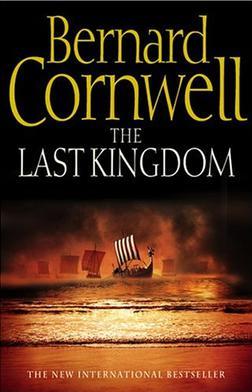 The novel that started it all.
"But I am Uhtred, son of Uhtred, and this is the tale of a bloodfeud. It is the tale of how I will take from my enemy what the law says is mine. And it is the tale of a woman and of her father, a king.
He was my king and all that I have I owe to him. The food that I eat, the hall where I live and the swords of my men, all came from from Alfred, my king, who hated me."
—From the prologue of The Last Kingdom (2004)
Advertisement:

The Saxon Stories are a series of Historical Fiction novels by Bernard Cornwell, set during the reign of King Alfred the Great, who is fighting to keep England from being overrun by the Danes, and following Death of Kings, his successors. The stories follow Uhtred of Bebbanburg, who is captured by the Danes during a raid and adopted by the warlord Ragnar the Fearless. Uhtred lives among the Danes until Ragnar is slain by one of his shipmasters, Kjartan. Uhtred ends up serving King Alfred, ruler of Wessex, who controls the only English kingdom yet to be conquered by the Danes. Much of the story revolves around Uhtred's conflicting loyalties to the Danes and King Alfred, as well as his personal desire to reclaim Bebbanburg from his uncle, who claimed it after Uhtred was taken captive.

There are thirteen books in the series:

Originally, Cornwell intended The Saxon Stories to be a trilogy, yet decided to keep writing after The Lords of the North.

The Last Kingdom, a television series based on the books, premiered in 2015.