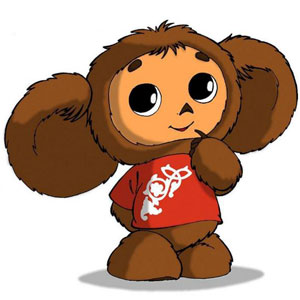 ...What the Hell Are You?
"No! What ARE you kidses? Look at you! With those ears and those tails... That's not normal! I mean what ARE you?"
— Dr. Scratchensniff, Animaniacs, "What Are We?"

There are several cartoon characters who are certainly not human. However, they are also clearly not any species of readily identifiable animal either. Some of them appear to be Mix-and-Match Critters, but usually they don't combine obvious elements of any real animals. They don't really have a species, they're just...cute.

Not to be confused with Informed Species, where the character is supposed to be a specific animal, but doesn't look like that animal. If the character is clearly meant to be a (normally) inanimate object, then the trope is Animate Inanimate Object.

Many are either Ridiculously Cute Critters or Ugly Cute Critters. Compare the Waddling Head and Cephalothorax. See also Beast Man, Funny Animal, Kaiju, and Lions and Tigers and Humans... Oh, My!.