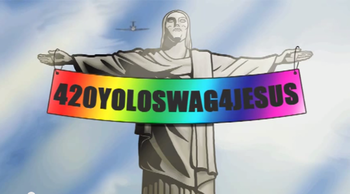 The cleanest way Alucard entertains himself. Your mileage may vary.

Episode 10: "The Party's Over"
The Twitters
The Christmas Special
Meta