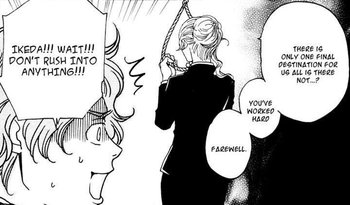 The process of suicide from the brain's POV.