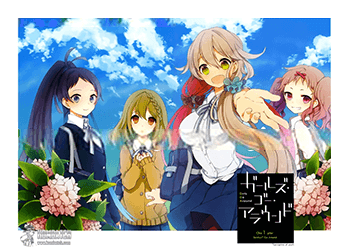 "Let's start over our sparkling time of youth!"
Advertisement:

Girls Go Around is a 10 Chapter long manga created by Chida Eito, and was originally released in 2013.

Kyousuke Sayama is a typical highschool student and is set to have an uneventful highschool life. However, it turns out that he's not getting that, since some of his classmates have come to regret a decision.

Their regret manifests itself into a time-loop, having them relive the day their regret formed over and over. The loop will not stop, until they have come to terms with their regret. Fortunately, the creator of the time-loop and Kyousuke are aware of the loop going on and can work on figuring out their regret, and how to stop the resulting time-loop.

What starts out as a quirky manga turns out to be much darker than expected...