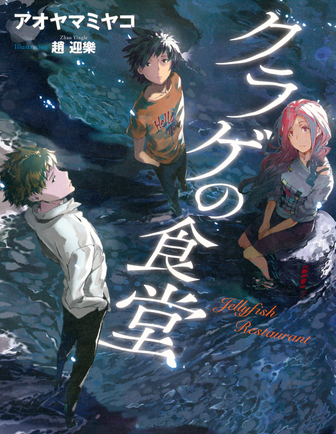 Kurage no Shokudo is a Japanese novel series written by Miyako Aoyama and illustrated by Zhao Yingle. In 2016, an OVA based off the series was made.

In the story, the protagonist Youtarou Misaki finds himself lying on the beach one day. He is picked up by Arashi, who manages a restaurant called Kurage no Shokudou. When asked who he is, the protagonist tells a lie that he lost his memory—but he remembers everything, including the fact that his twin brother died.

Kurage no Shokudo provides examples of: