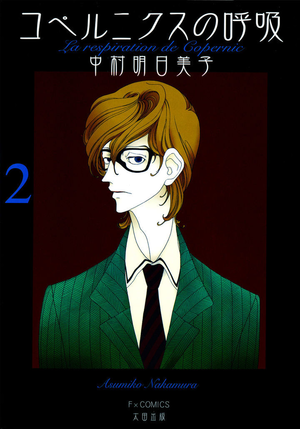 Also known as "Coponicus no Kokyuu" and "Breath of Copernicus," this 2002 manga by Asumiko Nakamura is an interesting one. Set in a Parisian circus in The '70s, this manga has anything but a happy carnival feel.

The main character "Bird's Nest" is an ex-trapeze artist gone clown after the falling death of his younger brother, who may or not be a ghost following his every move. Under the control of a ring master who pimps out his performers, a burning desire to both escape the circus life and get back on the trapeze, a terminal case of angst, and the hypnotic and trippy atmosphere of the circus tent, it's a wonder Bird's Nest isn't more crazy than he proves himself to be in this unique, dizzying, and raw story.

Tropes for this Manga include: