All spoilers for the first six volumes are unmarked. Examples from Volume 7 can be spoiler tagged if deemed necessary.

The World of Remnant is a place full of mythic tales, dangerous monsters, hidden threats and secret histories. While Remnant has recorded the exploits of heroes and sinners, as well as the lives of more ordinary people, clues to an ancient, secret history lie scattered throughout the world's many children's fairy tales.

This page is for the characters of history and legend, the fairy tales that hide greater truths, and for living beings that the world may not know even exist outside of myth.

Remnant is a world full of legends and fairy tales, folklore that few believe could ever be true but which have influenced the development of the world in ways most humans will never realise. These are the stories, all of which contain a kernel of truth buried at the heart of the myth.

Some of the myths feature directly in the show itself while others have been collected from all over Remnant by Professor Ozpin and put together in a book called RWBY: Fairy Tales of Remnant.

"...it's a ridiculous story."
"It was said that even a single look from one of these fighters could strike a Grimm down..."

Once upon a time, long before even the Kingdoms existed, children born with silver eyes were destined to become the greatest warriors in the world, capable of striking down the monstrous Grimm with a mere look.

The legends of what the Silver-Eyed Warriors are supposed to be capable of are so ancient that almost no one has heard of them, and even fewer believe in these powers. However, every so often, a person with silver eyes is born... and one of them is Ruby Rose.

The Warrior in the Woods

The Warrior in the Woods 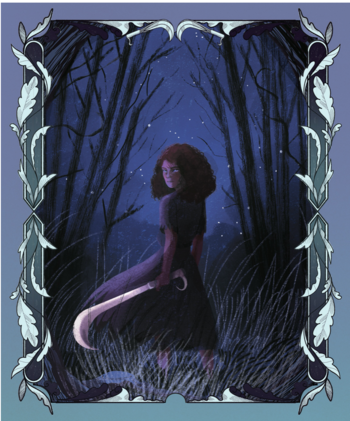 "And everyone I didn't."
"I remember everyone I've saved."

This is the tale of a mysterious hermit who keeps a nearby village safe without their knowledge, until a boy one day ventures too far into the forest and encounters her.

The Man Who Stared at the Sun

The Man that stared at the Sun 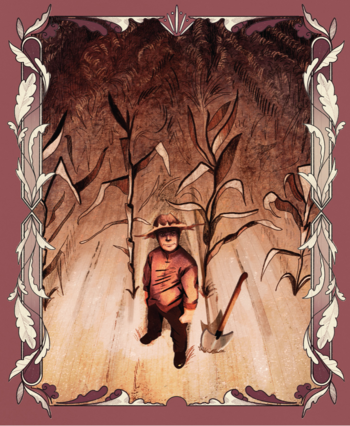 "Let us begin."
"Since you suggested a competition, perhaps I could choose the nature of it?"

A Vacuan folktale about a man who gets into an argument with the sun. To resolve their debate, they hold a staring contest where the loser will be the one who blinks or looks away first. 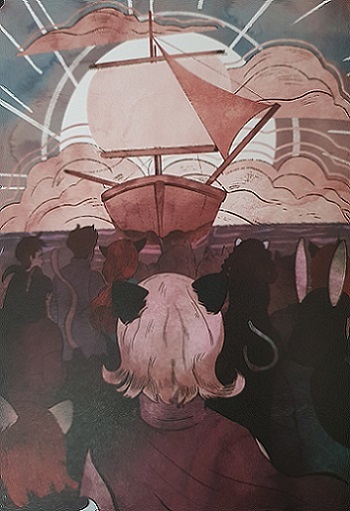 A Faunus creation myth about how the God of Animals chose special Humans to be transformed into the first Faunus so that they could live together on a magical island where animals can go but Humans cannot. 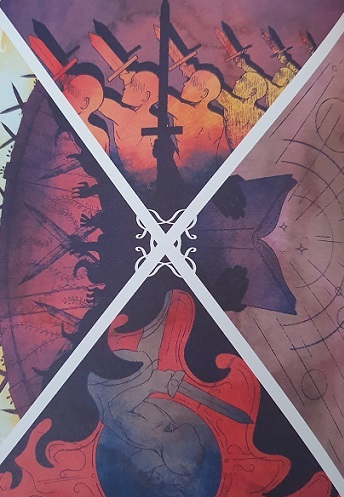 "We work much better as a team."
"But why are you the only one who fights them?"

When a hunter of Grimm dies, his four children disagree on how best to live their lives and go their separate ways. Through their individual trials they become wiser people and learn the importance of uniting together as a team. 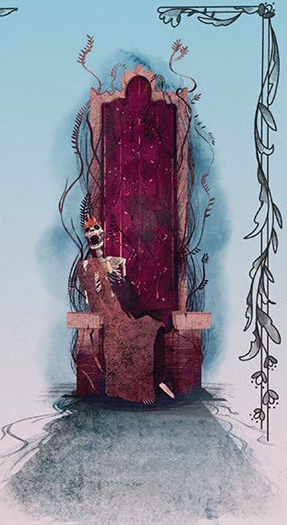 Once upon a time a wise king received a mysterious crown that leads to him making some bad decisions. With the help of an even wiser widow, he is able to resolve the matter and move on with his life. 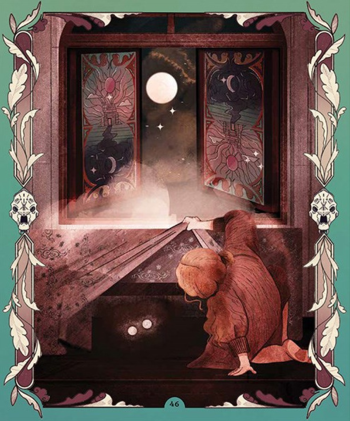 Yes.
Had she caught a chill in the forest?

A little girl dares her brother to go into the scary forest. What comes out is one of the greatest horror stories in all of Remnant.

The Judgement of Faunus

The Judgment of Faunus 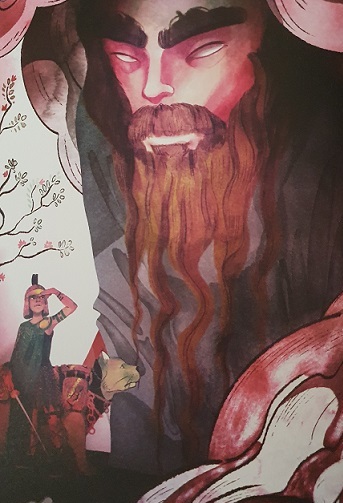 A Faunus creation myth about how a god's attempt to end a great war between Humans and animals created a brand new set of problems for the survivors. 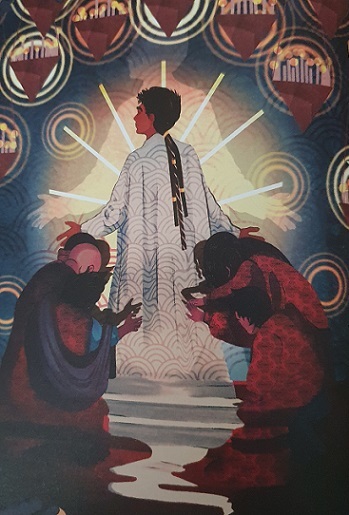 "Not even a very good one."
"I am only a man."
A man rescues some villagers from the Grimm, which accidentally starts a movement when word of his abilities spread far and wide. This tale is the story of how he handles the situation and the mistakes he makes along the way.
The Two Brothers 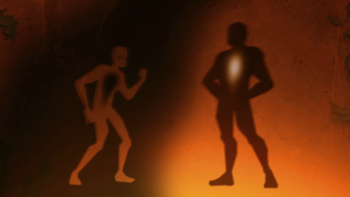 Unknown to most of Remnant, these four gifts exist in a physical form known as Relics. The four Huntsman Academies were created to separate, hide and protect the Relics from being misused.

The Story of the Seasons

The Story of the Seasons 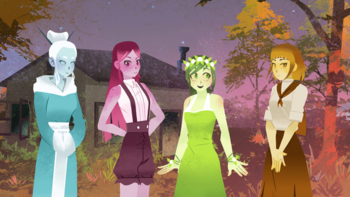 "Winter, Spring, Summer and Fall. The Four Maidens." note Left to right: Winter, Summer, Spring and Fall.
"In return for their kindness, the man grants the maidens incredible powers so that they may continue to help others all over the world."

The Remnant fairytale, The Story of the Seasons, tells of four sisters who travelled the world helping people. One day, they came across an reclusive old wizard and decided to help him overcome his isolation. Their kindness was rewarded with the gift of magical powers representing the four seasons and which could be used to benefit the whole of mankind.

What most of Remnant doesn't know is that the legend has a kernel of truth to it, with the powers of the Four Maidens being passed to new guardians when the old ones die.

The Girl in the Tower

The Girl in the Tower 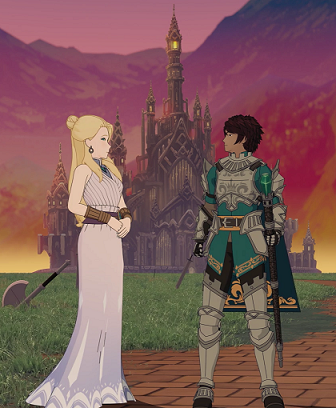 "...or, at least, that's what should have been..."
"The two fell deeply in love, planned adventures around the world, and lived happily ever after..."

Once upon a time, there was a lonely girl who lived in a lonely tower because she had been imprisoned there by her cruel father. While countless heroes died trying to free her from the castle in the hope of winning her hand in marriage, she simply longed for her freedom.

One day, the greatest hero in all the land came to her rescue. They fell in love and lived happily ever after...

Except, what the world doesn't know is that living happily ever after is the one thing they didn't do.

The Gift of the Moon

The Gift of the Moon 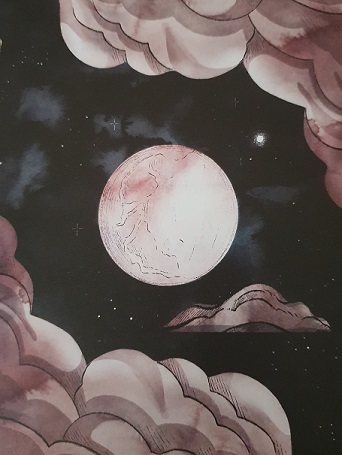 "Don't worry."
"We'll always know that other sun is a fake."

A fairy tale that tells the story of how the world ended up with a broken...

Throughout Remnant's history, there have been men and women who have left a footprint on history — for good or for ill.

One of the commanders of the human armies during the Faunus Wars, he's remembered only as an inexperienced general who had poor knowledge of the enemy and even worse strategy.

The King of Vale

The King of Vale 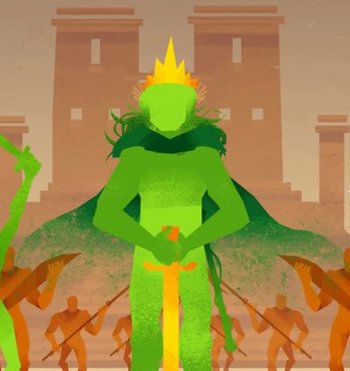 The unnamed ruler of Vale during the time of the Great War. An apparently wise and benevolent ruler, he tried to avoid the conflict with Mistral and Mantle when the former began to settle territory that Vale was expanding into. When the inevitable happened, however, he stepped up to challenge the invaders... and did so decisively.

The first king of Vacuo, a legendary figure that lived hundreds of years ago. 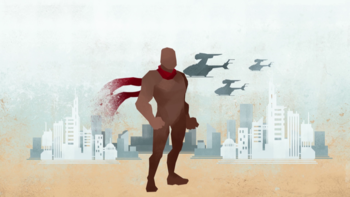 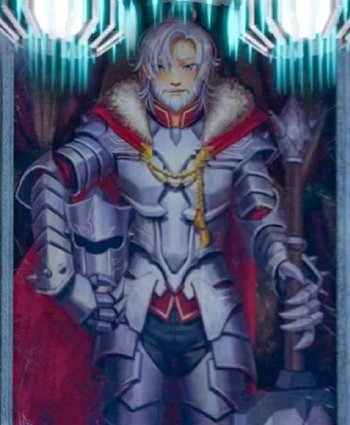 The founder of the Schnee Dust Company, he is the grandfather of Weiss and her siblings, Winter and Whitley. He did not pass his company on to his daughter, instead passing it to his son-in-law, Jacques Schnee (né Gelé).

Most people never have fame or a place in the history books. However, even if history and legend don't know their names, some people do make a local impact... or a more secret one. 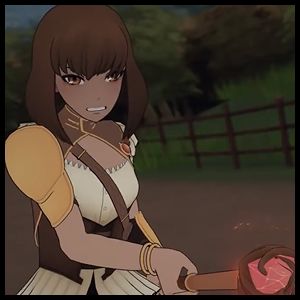 The latest inheritor of the Fall Maiden's power, who was assaulted and had half of her power stolen by Cinder. Afterwards, she was placed inside an Atlesian cryogenic life support machine in the vault underneath Beacon Academy where she could rest while remaining hidden from her enemies. She fights with a retractable staff that has two Dust crystals on each end.

Mercury Black's father and a famous assassin. Cinder sought him out with the intent of hiring him, but Mercury kills him before she can do so. 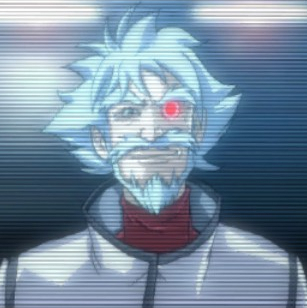 "Welcome to the testing grounds, students. Why don't you get acquainted with my test subjects? They could use the exercise."
Voiced by: Dave Fennoy
"Oh, where are my manners? Allow me to introduce myself. My name's Dr. Merlot. You don't know me, but I most certainly know who you are. Nevertheless, I'm thrilled you're here. You might be exactly what I need for a very important... experiment."

The main villain of the video game RWBY: Grimm Eclipse. A scientist and former student of Ozpin's who is fascinated by the Grimm, seeing them as a perfect life form and desiring to further increase their power.

This video game is treated as canon.

Not everyone who has walked the face of Remnant has been human. Some have been gods, and some have been created by gods. 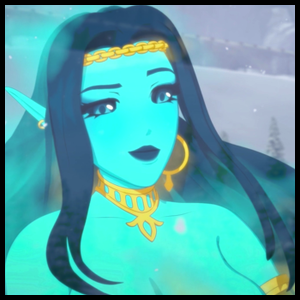 "Tell me. What knowledge do you seek?"
"I am Jinn, a being created by the God of Light to aid Humanity in its pursuit of knowledge. I've been graced with the ability to answer three questions every 100 years."

When the name "Jinn" is spoken by a person who is holding the Relic of Knowledge, a woman forms out of the mist it emits. Jinn was gifted by the God of Light with the ability to answer any question she is asked, but only three times every one hundred years.

The Gods of Light and Darkness 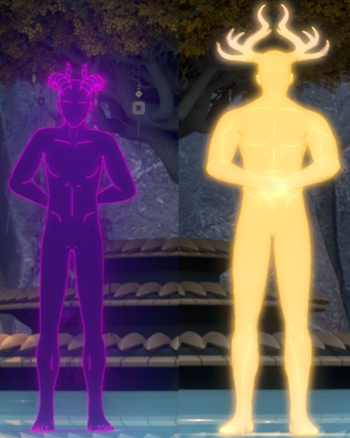 Long ago, two gods used to live with humanity on Remnant. They dwelt in separate domains that could be visited by humanity, and were known as the Gods of Light and Darkness.

They eventually left Remnant and exist solely in the memories of humanity as a fairy tale known as "The Two Brothers". Only a few humans on Remnant known the reality that lies behind the myth.

The God of Light

A god that once dwelt within the Domain of Light, an isolated mountain vale where a beautiful golden tree overlooked a serene lake. The path towards his domain was littered with votive offerings from the many humans who came seeking his wisdom and blessing.

He was the older brother of the God of Darkness.

The God of Darkness

A god that once dwelt within the Domain of Darkness, an isolated realm that was shadowed by constant night. Few humans dared to venture to his realm as they all knew what horrors were birthed in his inky black pools of annihilation.

He was the younger brother of the God of Light.