Literature / RWBY: Before the Dawn

Spoilers for RWBY: After the Fall and all RWBY works preceding it will be left unmarked. 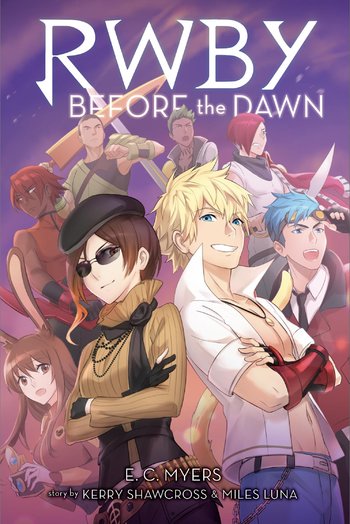 What do we fight for?
Advertisement:

RWBY: Before the Dawn is a novel written by E.C. Myers, with help from Kerry Shawcross and Miles Luna. It was released July 21, 2020 by Scholastic, Inc.

Before the Dawn provides examples of: