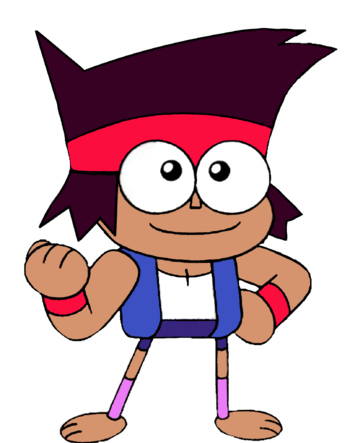 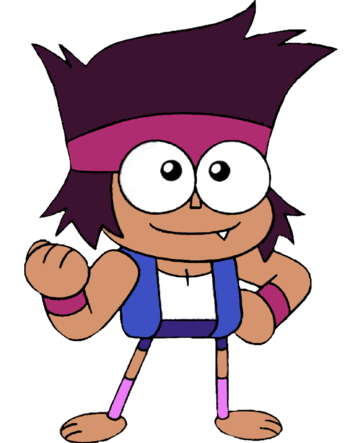 to see him at the end of the series.
Voiced by: Stephanie Nadolny note pilot, mobile game, most shorts, "Just Be A Pebble", "Jethro's All Yours", "Plaza Shorts", "We Messed Up", "You're Level 100!", parts of "Legends of Mr. Gar", Courtenay Taylor (current)

"Maybe I already am a hero!"

The title character of the show. K.O. is an excitable young lad with a love of battling and even bigger sense of justice. Currently, K.O. serves as an employee at Gar's Bodega. 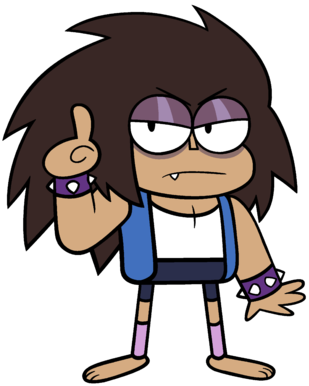 Turbo K.O. (T.K.O. for short) is a manifestation of K.O.'s negative emotions sealed within his subconscious. Originally antagonistic, he's come to tolerate his other half. By Season 2, he's come to see K.O. as a sort of brother and vice versa, but when K.O. locks him back in his subconscious, he's angered to the point of being willing to join the villains. 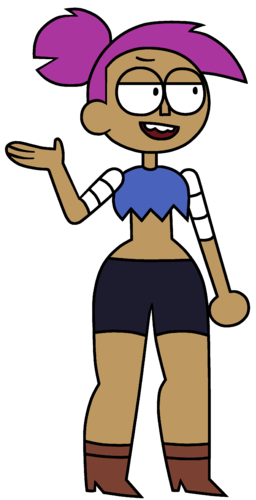 "You don't need to be a star to fight for what's right. And if you're my friend, I'll fight 'till the end for you. I'm Enid. I may not always come out on top, but I'm always loyal."

A co-worker at Mr. Gar's store, Enid runs the front counter check-out. She claims to have been trained as a shinobi by her supermodel dad and spy mom, who made her get a part-time job at Gar's. Also spins music around town as DJ Fireball.

Enid fights like a Ninja, and often utilizes techniques that would seem familiar to anyone that watches a lot of Shōnen anime. 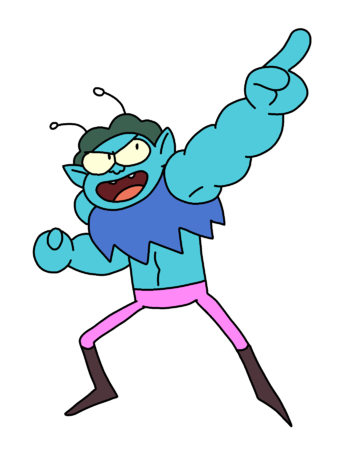 A meathead alien with Telekinesis from Planet X. Rad manages the stocking at Gar's Bodega.

He fights using his brute strength and his telekinesis. 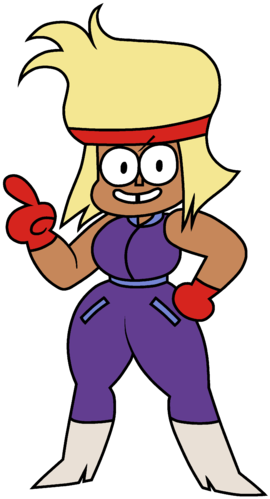 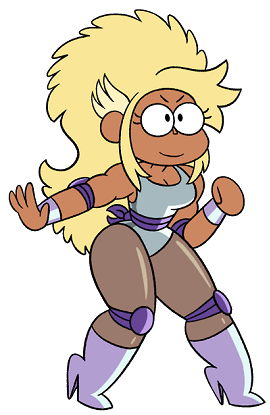 "The path to greatness is hard and long, even boring sometimes. But there are no shortcuts, so you gotta stay focused!"

K.O.'s mother and the owner of Fitness Dojo. Also the hero formerly known as Silver Spark. 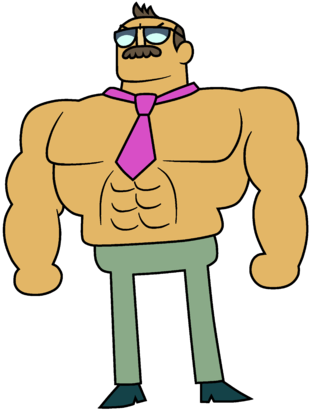 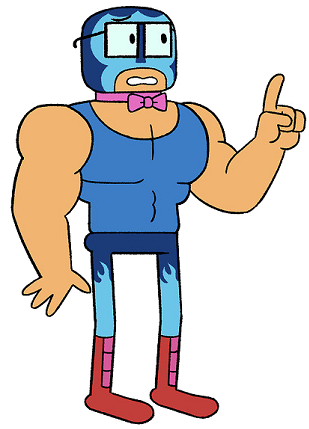 The owner of the hero supply store Gar's Bodega, and a former member of P.O.I.N.T. once known as El Bow. He has a huge crush on Carol. 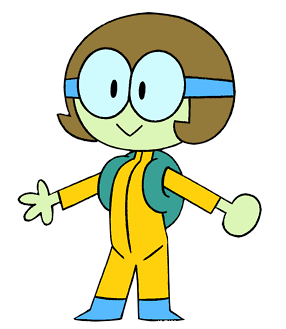 One of K.O.'s closest friends, Dendy is a highly intelligent kappa kid with a passion for science and technology. She carries around a backpack overflowing with doo-dads she can use to solve just about any problem.