These are heroes with occupations and businesses at the Plaza. 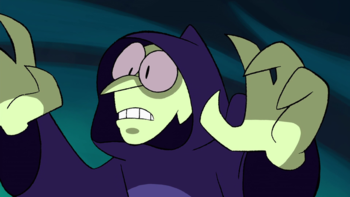 Voiced by: Parker Simmons
Another employee at Gar's Bodega who's only made a brief appearance in "Do You Have Any More in the Back?" He seems to frequent the labyrinthine "back-and-down-downtown-back-down" of the store.
Ms. Mummy

A mummy that lives in the back room of Gar's Bodega. 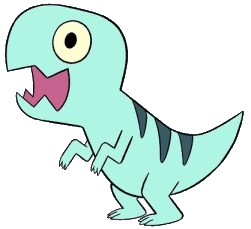 A regular at Carol's dojo. The queen of a massive suburban hive of literally nuclear families. Proud soccer mom of 3,000 adorable kids every year. 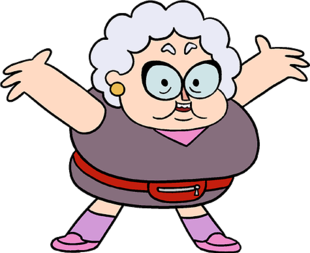 A regular at Carol's dojo. She was once a notorious, dangerous, amazing candy thief. Now she's a grandma. 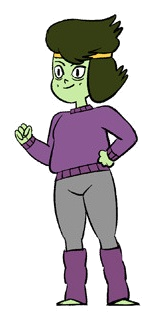 A regular at Carol's dojo. Spliced herself with reptile DNA to get thicker skin after a tough divorce. She's stronger, scalier and more independent now!

Leader of a group of teens that hangs out behind the bodega. She's a cyborg from the future that became trapped when her time machine broke.

A strawberry-headed plant humanoid girl who's usually seen loitering around the plaza with Red Action and Gregg. 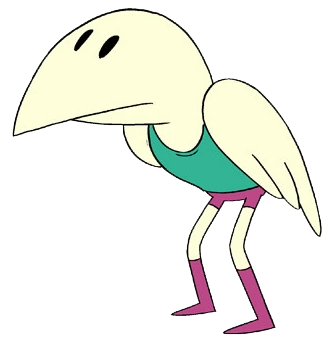 A bird person who's usually seen loitering around the plaza with Red Action and Drupe.

A large baby in a football helmet and hairless sasquatch-like creature that Rad hangs out with when he isn't working at Gar's. 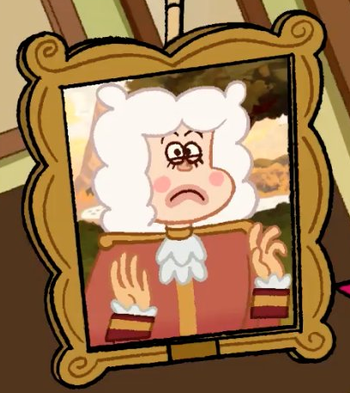 A talking portrait in a frame who's the boss of iFrame Outlet. 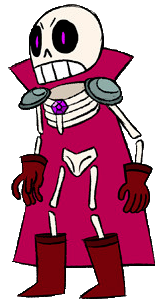 A skeleton that works at the boring frame store and hates everything about it except working with his best friend Brandon. 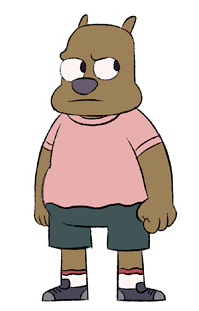 A pretty laid-back bear who works with his best friend, A Real Magic Skeleton, at the frame store. 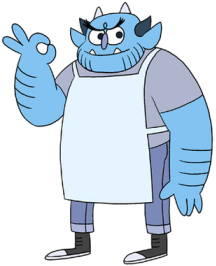 Beardo is an immigrant from Goblin Country. He has incredible skill at making burritos and other culinary delights. Runs the burrito truck and brews up magical burritos from obscure ingredients.